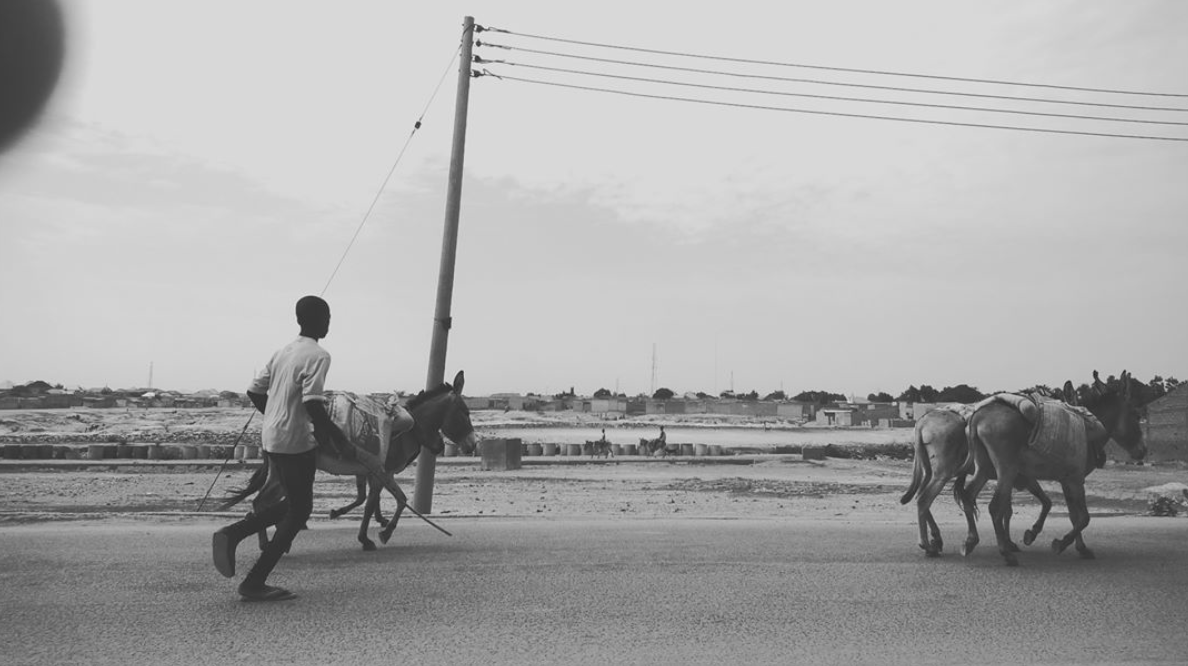 It’s important to let you know straight up that we were smoking and high. But that’s not how the story begins.

It begins with me in a shirt and tie, pants with sharp front gators and my one good shoe, on my way back from work. A past life, walking around Kano 8 AM to 6 asking gatemen outside uncompleted buildings to supply the phone numbers of their ogas so I could call to say, My name is Niyi sir and I’m calling from Jide Taiwo sir we can help you find tenants or even a buyer for your property in Bompai sir. What I’m trying to say is that I was tired, feeling soulless. The sun in Kano beat down mercilessly, wringing you of all moisture, and dust was quick to cake the hems of my pants and my precious, precious shoe that I’d gotten for our final night at Farafina and could only watch helplessly as Kano roads ate at its sole.

Home (the great lax I take in calling it that) offered no reprieve. I was living with people who did not like me, sharing a bed with an adult who wasn’t big on baths and a teenager who wet the bed at his big age.

Imagine the joy joy joy then when I saw Matti waiting for me outside the house. I could have cried. He stood there in his white shirt with the silhouette of a naked white woman across its front, SIIIIICK covering her breasts and his belly bulging underneath. His head was shaved bald and he was smiling his fine smile. Jesus, my joy.

Matti is this fun (and I don’t even like this word) boisterous guy. There’s so much life inside him and even back then I didn’t understand why he was fond of world-weary me. We’d attended the same university—OAU—but hadn’t met until one sunny (it’s always sunny in Kano) day in camp, him coming from mammy, me on my way inside. There’d been only little interaction before that, once in Faj hostel in school, other times on Twitter, but see us that day like best friends. We walked camp every day after that together, only separated after he was posted to some remote town, Bichi, and me to an estate firm in the city. Go inside, change, he told me now, then come outside let’s take a walk.

I did as I was told but when I returned outside where was Matti? I walked down the street, looking for this man, knowing why, if not where to, he had disappeared. I was right; when I found him he was surrounded by four Hausa men. I suspect I was a little afraid but honestly I remember none of the fear. What I remember is Matti pointing at me and saying, Na that my friend wey I tell you say I find come be dis as I approached. Guy, see, he said when he turned to me. In his hand were two fat joints. I relaxed.

And now is when the story actually begins.

I smoked on this vast field of fine-grained sand, upon a hill mothered by erosion. You should feel the wind blow. I watched the sun set from there, watched it sink into the orange abyss of the horizon, tailing the blue of the skies. You had to cross a small stream to get there, fetid sewage abating the flow of water, concrete blocks haphazardly placed serving as a bridge. I laughed as Matti crossed, told him he was hopping like a penguin, that he would fall. Three donkeys with large sacks of sand heaped on their backs hobbled past us. A little boy in a grey shirt, barefoot, fading into the landscape, ran after them and whipped their behinds.

We should have known something was wrong when as he stopped to light the joint, the boys playing football at one corner of the field stopped to watch us. But invincibility, not vulnerability, is what comes after a few puffs.

Matti, ever boastful of his own streetness, his easy wiliness, started talking about how he’d found the Hausa men and the joint. Then, as we always did when together, we discussed the soldier we smoked with in a tiny bathroom in Karaye camp, still impressed both by the fact that it even happened and his stories about Boko Haram.

Time quickly passed, one joint finished and the other lighted, and we’d walked to a part of the field I’d never visited. The entire field was empty now, nobody but us, a muezzin’s calls echoing from somewhere far away. Thinking ourselves photographers (well, Matti is a photographer now), we’d tell the other to pose, hold our Lumias up, snap. It was already turning dark when Matti tapped me, said, See. What was I looking at? Small mounds everywhere, big red clay pots at their heads. Then not far beside it was a gully, a family’s side wall already sinking into it.

Blame the highness, but I swear what I saw was a storm in the middle of the night, a family quickly packing their things as their home sank into the gully, father carrying little son and daughter, mother falling into the gully with a basket of clothes over her head. I saw youths of the community the morning after fetching floating bodies out the gully, women throwing themselves on the floor in showy sorrow, men with tears falling silently down their cheeks, hardening themselves, being men. I saw the community in procession, burying their dead in this graveyard, filling the holes into mounds. I had to take a photo.

That was when the trouble started.

A very black little boy waved as I took my photos, and when I paused to wave back I saw these men coming around, first one, then two, then three four. Matti, you see this? I think I said, and he replied, Guy, dey take your picture. Then the men said, Zo! Zo mana!

We didn’t find this out until much later, but that field, that exact portion close to the graveyard where we were smoking, was where dealers used to sell everything: weed, SK, tram, ref, embalming fluid, crack, coke. The police had raided one day, carting both buyers and sellers away. Someone had snitched. And here we were, two idiots, taking photos.

I did as I was told.

Then it was like film. There was that curved knife, I’ve forgotten what it’s called, suddenly, in one of the guys’ hands.

I don’t think I gave a good picture of just how big this field was. Think of it as the auditorium at the Redemption Camp. We knew it’d take patience for the guys to cross the gully. But this was Kano—every teenager had either a keke or an okada. They could ride around and lay in wait at the entrance to the field. We just kept running, the joint flung somewhere, who cared? We crossed the small stream in one jump, and I went and locked myself inside the house of my hosts, Matti in his.

When we relay the story to friends now, we slap each other’s arms, throw our heads back, laugh. But inside us, beneath the bravado, is the nagging alarm of how close we came to making the news, a quarter-page on the Metro page of Punch, to be forgotten a day later. Two corps members stabbed to death in Badawa, Kano.

Hey guys! So I’m now the Features Editor of this hallowed publication, and I’m really eager to publish your personal essays. I look everywhere on the internet and nowhere are we chronicling how all of us in our 20s, 30s are living today. Except on social media, but that’s a different thing. I’d like here to be the place. Think of BellaNaija Features as your personal blog. Send me your stories, no matter how ridiculous, from dating in Abuja to a strange visit to Mile 2 market. I’d love love love to read and publish them. You can reach me at [email protected], or on my personal Twitter @nmoroti. No topic is out of the question.