Juls Breaks Down the Making of his Single "Chance" feat. Tay Iwar & Projexx 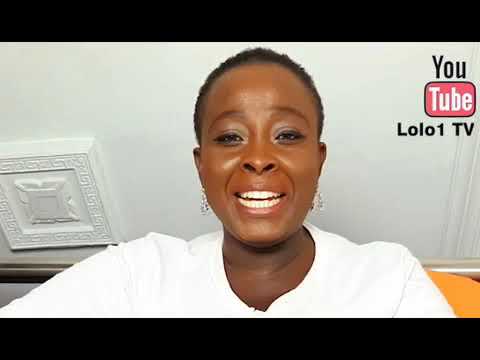 On-air personality Omotunde Adebola-David, popularly known as Lolo1, has premiered a new vlog series on her YouTube channel. The series is tagged, “Challenges of a Single Parent”, where she talks about single parenting, dealing with the ex, raising the kids, finance and so much more.

As Single Parents, we can do a lot for ourselves. It is also a community where we can talk, share and learn from each other.

On this episode, she examines how children may “test” their single parent. Asking a question, she says “How do you handle divergent views on education and discipline which are different from those of your ex?

On this episode, she talks about staying strong. She says, “Even though you may be an emotional mess after the break-up/separation, I encourage you to find succour in your family/friend, so you can heal faster. Your child(ren) should be another motivation for you to continue staying strong, as they look up to you”.

Being separated or divorced is no legal ground to condone indiscipline and misconduct. Examine various ways that your children may try to use to “blackmail” you. Setting boundaries helps in guiding and keeping them in check.

The key to keep an avenue of civilized communication open between you and your ex. Whether it’s through phone calls, texts, e-mails, the intervention of friends and relatives, at least the important information regarding the welfare of your children needs to be communicated. Avoid using your children as the message-bearer, as you don’t want them to suffer the effect of either parent being angry at message-bearers.