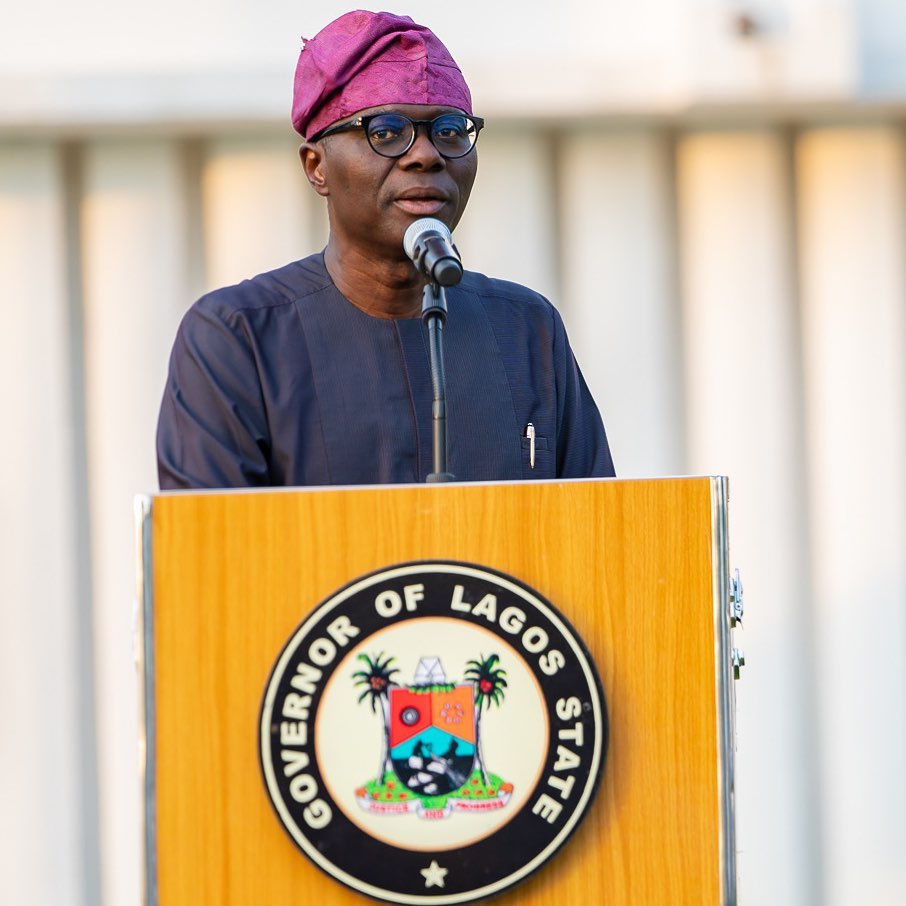 The Lekki Toll Gate massacre which took place on Tuesday has raised so many questions in the hearts of Nigerians; Why were the lights turned off? Why were the security cameras uninstalled?

It was reported by eyewitnesses that the security cameras at Lekki Toll Gate were uninstalled some hours before the shooting started. As Nigerians have called on the government for answers, the governor of Lagos state Babajide Sanwo-Olu has now responded to the news, saying that the cameras which were taken out were not security cameras but laser cameras for vehicles.

“It’s not a security camera, it’s not a camera for humans or something. It’s an infrared camera that just picks the tag on the vehicles. That’s the truth, security cameras for the Lekki Toll Plaza are still available. These are some of the footage that we’re going to use for our investigation. Security cameras are installed on top of towers and they’re there because I’ve seen them” the governor said.

Sanwo-Olu went further to say that the decision to take off the cameras was made by the local personnel of the security company LCC in conjunction with the managing director, because of the 24-hour curfew which was announced earlier on the same day.

Security Cameras at the Lekki Tollgate are still available, they were not disconnected – Sanwo-Olu pic.twitter.com/jvBVLdr1Gs

The governor also stated that he’s tried to reach President Buhari twice. The president wasn’t in the office when he made the first call, and the president was presiding over the weekly FEC meeting when he called the second time, he said. Sanwo-Olu added he spoke to the Chief of Defence Staff who called him on the orders of the president. The Lagos governor said he’ll probably speak to President Buhari sometime later today.

The Lagos governor stated that he's tried to reach President Buhari twice. The president wasn't in the office when he made the first call, and the president was presiding over the weekly FEC meeting when he called the second time, he said. Sanwo-Olu added he spoke to the Chief of Defence Staff who called him on the orders of the president. The Lagos governor said he'll probably speak to President Buhari sometime later today. #BellaNaija bellanaija.com

Nigerians have reacted to the governor’s response with even more questions; “So where are the footages? Why was the light taken off, during COVID curfew the lights were on, nobody removed laser cameras, even for the first 10days of the protest. Suddenly, the night of the attack camera, lights and laser sensors were removed. Are we fools?” a Twitter user asked.

Check out the reactions below:

This doesnt make sense the curfew was supposed to be for only 24hrs, its unreasonable to uninstall the so called laser cameras only to reinstall barely 24hrs later so i don't agree with this lie!!!

There won't even be any footage, they switch off the power nah, so how will the CCTV record anything. This was scripted, the person in charge of billboard ads said something similar, now the governor is coming our to corroborate his statement.

Ok, it's actually good the camera's are there and were not removed, now can he say they've reviewed footage of that night? Can these footages be made public, or at least all the officers involved in the event of that night?

We did lock down for months no laser cam were removed, protesters have been there for over a week no laser cam removed… but on the night of #lekkiMassacre d so called laser cameras were removed for a suppose 24hrs curfew , Alaga make it make sense nau.

Obviously they removed the camera so the army's car numbers will not be taken.

I just love how Arise TV analysed Sanwo Olu's lies and debunked them with proofs ?

Sanwo Olu: The military didn’t do anything at Lekki. It wasn’t the military.

Arise TV: You said there were Forces beyond your control, who are those forces?

Sanwo Olu: The hierarchy and the chain of command of the military is beyond my control.

Sanwo just said on ARISE TV he called Buhari twice yesterday but baba was on ghost mode as usual. #EndSARS

Sanwo Olu is seriously trying to get pity on Arise TV! He even said he tried calling Buhari but that man didn’t respond…. How did we get here?? what a pity Nigeria! #BuhariIsaMurderer #BuhariHasBeenABadBoy