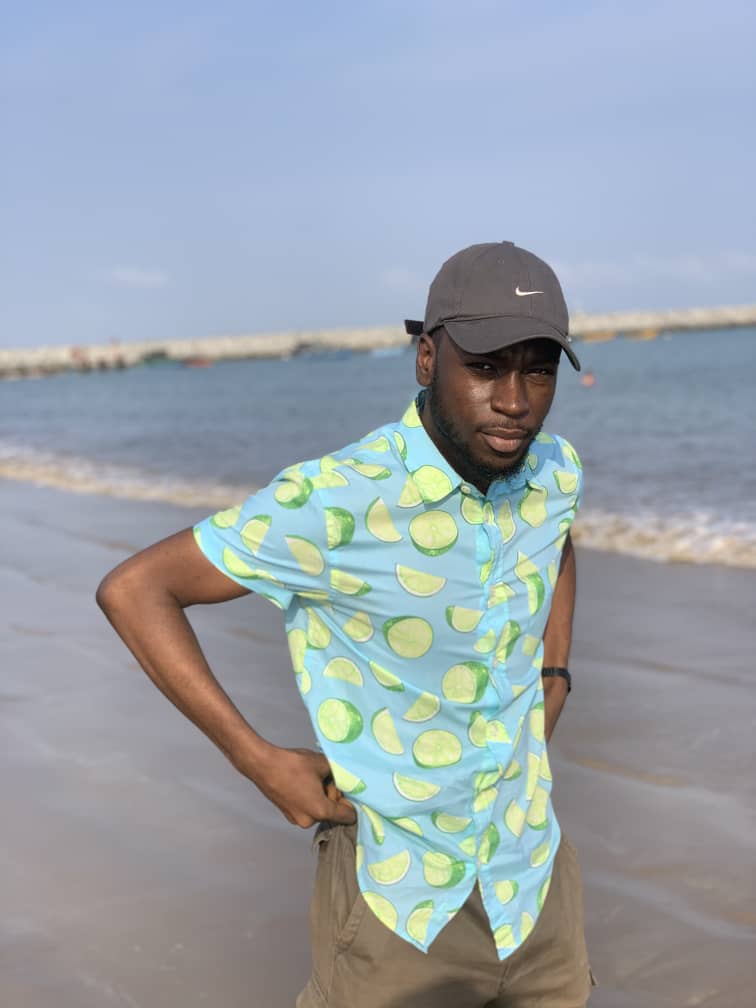 Following the Lekki Toll Gate shooting which took place on Tuesday, the streets of Lagos was taken over by hoodlums, and what started out as a peaceful #EndSARS and #EndPoliceBrutality protest has now been hijacked by thugs and has escalated into an attack on businesses, innocent people and their properties. More lives have been lost, leaving more families and friends to mourn the passing of their loved ones.

One of the people who lost their lives on Wednesday is a young man named Okechukwu Obi-Enadhuze, fondly called Oke by his family and friends. Oke was a graphic designer who lived with his mother and only brother at Makinde Police Barracks, Mafoluku, Oshodi, Lagos State.

According to his brother Obi-Enadhuze Daniel, Oke “died a hero protecting my mother and I.”

The last post Oke shared on Twitter read, “Nigeria will not end me”, before his sad death was announced few hours later.

There were rumours surrounding the cause of Oke’s death, but his brother has now come out to clear the air and to narrate the incident as it happened on Twitter. Here’s what Oke’s brother wrote:

Good day, My name is Obi-Enadhuze Daniel, younger brother of the now deceased Okechukwu Obi-Enadhuze @O_Okee. I, my brother and mother lived at makinde police barracks, mafoluku, Oshodi, Lagos State. Today at about 11 o’clock in the morning the police station at makinde was attacked by thugs who wanted to destroy the station. I my mom and brother were holed up in our house. The attack went on for hours before the thugs eventually breached the police and proceeded to set the station on fire. After accomplishing this, they set their sights to the barracks and began the assault. They proceeded to destroy every car in the barracks, my mom’s 2 cars where destroyed and set on fire and then they infiltrated our house by breaking the door. They then proceeded to ransack the house and carted away with everything we own.

My brother, on trying to get them to take everything but spare us was pushed to my mom’s room and stabbed on the neck.. The attacker then proceeded to attack me but missed my neck but got my chin instead. After this, my mom and I carried my brothers body to the entrance of the station soliciting for help from the thugs still ravaging the barracks. We were finally able to put him in a wheelbarrow and took him to a hospital where he was rejected because “he was already dead”. Unfazed, we moved him to another hospital where he met the same treatment, this was where he bled his last drops of blood and died. His body has now been moved to a morgue, we have lost every single thing we own, as our house was completely ransacked and set on fire. The only thing left is my brothers phone and at about 8 o’clock this evening the barracks was still on fire but Okechukwu has paid with the ultimate price.

I and my mother are homeless with nothing now but we’re safe for now. We thank everyone that has been able to reach out to us, and were able to share consoling words with us in these trying times, God bless you. While we were holed up in the house the three of us said these words together and we say it again, ” THREE OF US ARE HERE, THREE OF US ARE TOGETHER, THREE OF US ARE SAFE”. Let it be known that my brother @O_Okee was NOT killed by a police bullet but died a hero protecting my mother and I. If you see this please retweet, let the world know how Okechukwu died. He was NOT killed by a police bullet but thugs in his home!

“His dream was to be a World Class Designer and he was already getting there.” Oke’s girlfriend Derin wrote as she mourned the love of her life.

These are some of the ways his loved ones have chosen to remember him:

Hi, I'm Oke, I'm a visual designer (I do UI designs and create illustrations in my free time). Here are some of the things I've done #WeAreNigerianCreatives pic.twitter.com/qDSwt01GfL

Nigeria will not end me

His dream was to be a World Class Designer and he was already getting there.

We had forever to go Oke 😭❤️💔 pic.twitter.com/PmU54PTM2g

He cared for all his friends. He always wanted to be there for them. He loved my sisters.

When I’m getting really anxious for no reason and I need you to quickly ginger me before I go live.

When I want to rant about all the stuff that doesn’t even matter, just to have you reassure me that last last I go dey alright.

What do I do then?

He designed our blood donor app – the messages you get from us – he designed all these in like 4 days! He was a genius! He was also kinda shy. And so sweet. Oke Obi – Enadhuze!

A whole universe was killed. https://t.co/TrlnYN5sIM

He randomly left comments like this on Figma boards I shared with him. pic.twitter.com/avl8ge2Bkz

"Oke, I don't understand ____. Can you explain it to me?"
Then oga will proceed to give me a masterclass on the subject.
I learnt so much from you. I'm forever grateful. You believed in me and I won't let you down.

Imagine, Nigeria wasted a genius. Who knows which app or software he would have developed in the future that would have brought Nigeria some hundred of millions of dollars like Paystack? I am deeply sad.

I’ll tell you all about my design career when I see you again.
Thank you for being my spark.
I’m sorry you had to go this way.
You’ll forever be in our hearts .
We’ll always remember you.

Oke!
We still spoke about bargaining with companies because we were so confident of our skills.
He said "na the company way sabi bargain go win oo"