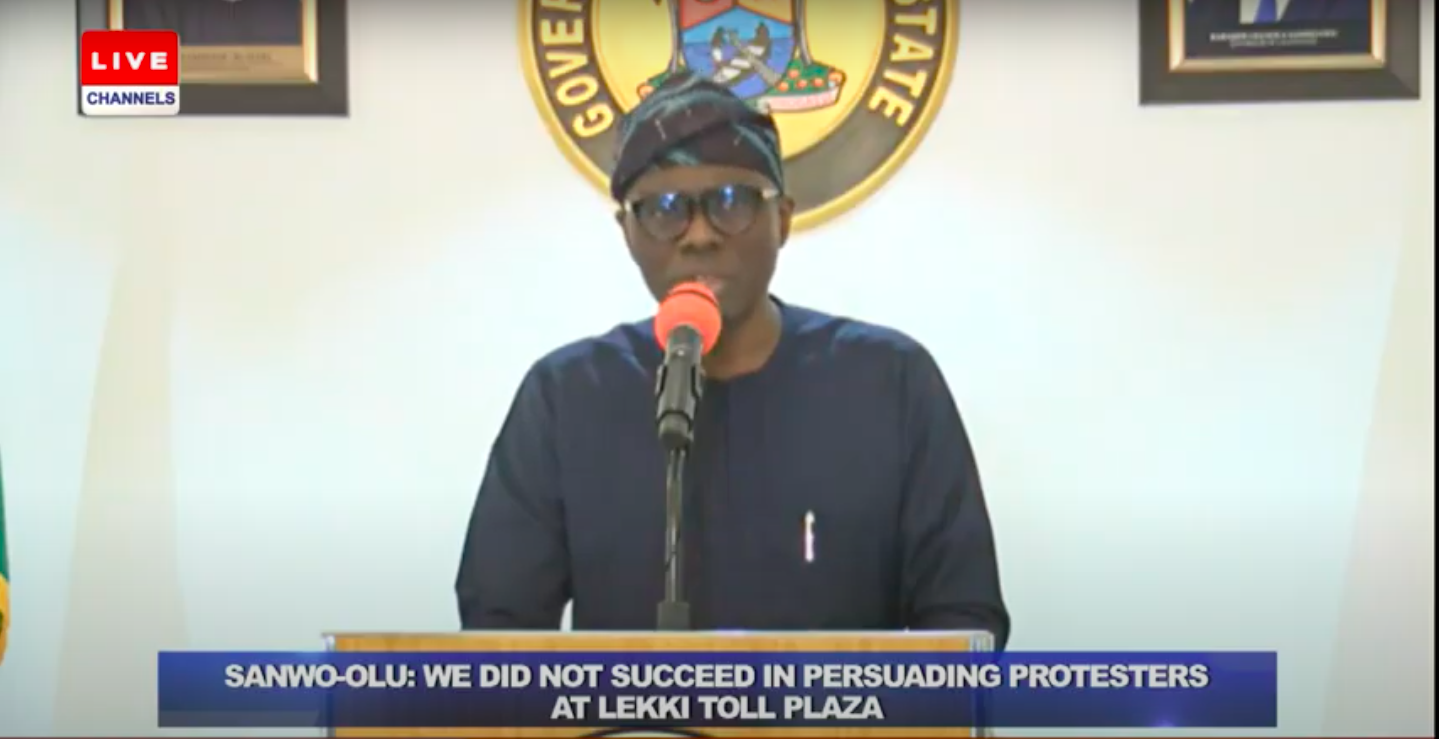 A few hours ago, Lagos State Governor, Babajide Sanwo-Olu, in a live broadcast disclosing the situation at the Lekki toll gate, said no death was recorded in Tuesday night attack, despite video evidence from DJ Switch‘s Instalive showing dead bodies at the scene and eyewitness reports.

He acknowledged that soldiers opened fire on #EndSARS peaceful protesters at the Lekki toll gate area on Tuesday, October 20, 2020, in a bid to disperse them, and he’s currently engaging the leadership of the Nigerian Army on the development, although the Nigerian army is denying reports on their Twitter page by writing “Fake News” on screenshots on news articles about them.

Sanwo-Olu then stated that two critically wounded victims had been operated on and were in stable condition while others with “mild to moderate” cases are still receiving treatments at various hospitals in the area.

This is what the governor of Lagos State said:

This with a view to take this up with higher command of the Nigerian Army and to seek the intervention of Mr President in his capacity to as the Commander-In-Chief to unravel the sequence of events that happened yesterday night.

Fellow Lagosians, whilst we pray for the swift recovery of the injured, we have not recorded any fatality as against the widespread circulation on social media.

We personally visited the hospitals that took in these patients. 10 patients at the General Hospital in Lagos, 11 patients were at the two locations of the Reddington Hospitals both in Lekki and Victoria Island,” adding that another set was at various hospitals in the area.

I want to expressly say that over the night, two of them had to go through surgery and I am happy to say that they are all stable and they are recovering very well. Quite a number of others are just mild to moderate states.

Indeed, three of them had been discharged this morning and I am told that addition three to four will be discharged anytime from now.

However, eyewitnesses say at least 7 people were killed last night. An IG Live video also corroborated the story w/ witnesses saying troops, who fired the shots, took the corpses away.