Young Nigerians are Taking a Stand with the #EndSARS Protests 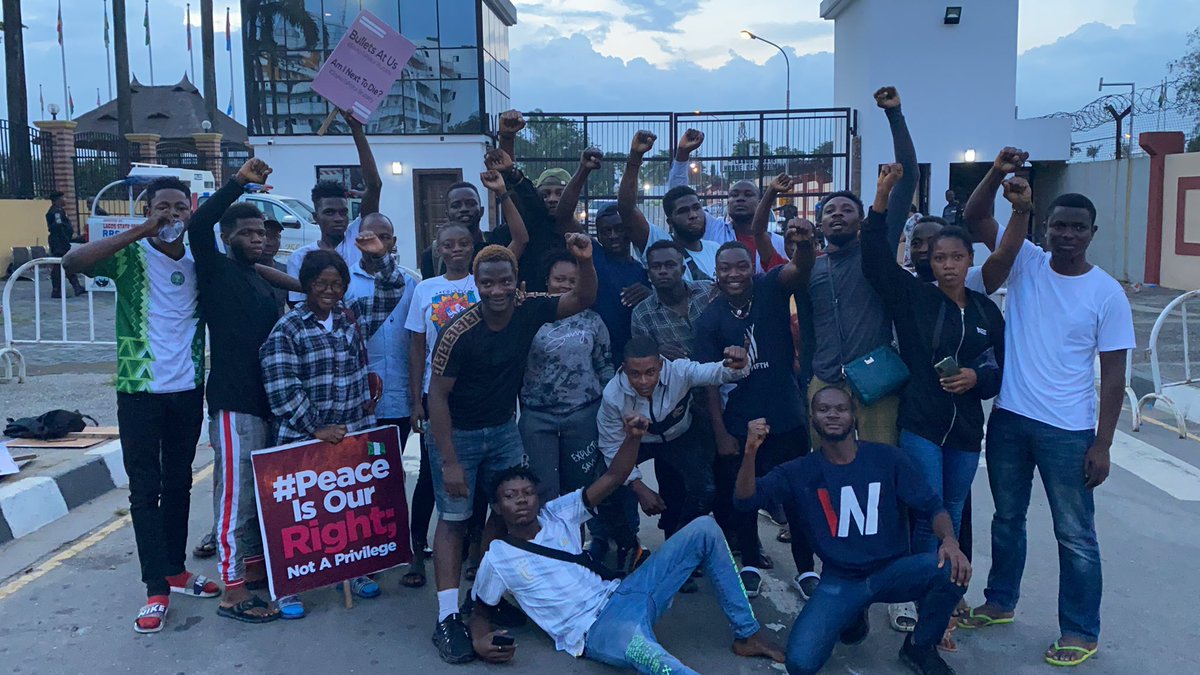 Every year the Big Brother Naija reality rolls around, and every year you see older Nigerians bemoaning the youths, complaining that rather than stand for something, they’re engrossed in a TV show.

Of course, this point is never valid. The strides young Nigerians have made in this country in recent years have been incredible. It’s why people like Ayodeji Osowobi and Hauwa Ojeifo are consistently recognised by international organisations for their work.

Protests by young Nigerians have changed legislation, forced the hands of the federal and state governments to create sex offender registries, and, probably most importantly, changed the outlook of several Nigerians on the fundamental human rights of women and minorities.

Young Nigerians have been so loud, in fact, that the government has been trying, unsuccessfully, to silence their voices with the Social Media Bill.

And yet, one of the very few reprieves young Nigerians enjoy is being used as an avenue to castigate, condemn.

Now, these same young Nigerians have again taken to the streets to protest the extrajudicial killings carried out by the Nigerian Police.

This is not the first time this particular protest, with the same #EndSARS tag, is being staged. But hopefully this is the last.

It’s not strange, it’s probably even expected, that older Nigerians have been quiet on this front. It’s radio silence from religious leaders who only a few months ago took constantly to social media to complain about their churches being shut for the coronavirus (schools were and are still shut too, but that didn’t matter to them).

What’s wild about these protests is that we aren’t even asking for food or electricity of water. Not for basic human rights. We’re simply asking not to be killed. Not to be killed by the people who are supposed to be protecting us. The problem is so pervasive now that banking apps now have panic features built in so that you can show a false balance to police officers when they accost it. It’s wild!

A few protesters in Lagos were allowed into an emergency sitting held by the Lagos State House of Assembly on Thursday morning. By what was shared on social media, and it’s safe to say the sitting was inconsequential.

It’s three days of protest and the Nigerian President Muhammadu Buhari is yet to address citizens.

The Nigerian Police, taking protests against extrajudicial killing to mean protests against the police (perhaps because they are unable to remove extrajudicial killings from their core functions), have taken to the same social media to complain about the death of an officer and the theft of an AK47 rifle with 25 rounds of ammunition in Delta State. One wonders why the police needed such ammunition against protesters. #EndSARS protesters, not Boko Haram. And about what the youths are asking? Nothing. Absolutely nothing.

A former Inspector General of Police, Mike Okiro, has reportedly said armed robbers will be happy if the SARS project is ended. A funny claim, considering it was young Nigerians in Gbagada, Iyana Ipaja and Alagbado who had to take to the streets during the pandemic when robbers were going from home to home.

Police PRO, Frank Mba, has said that while some protesters do have legitimate concerns, some are protesting for the clout. Oh well. All well and good. Clout or no clout, as long as all our voices are being heard, and something is done. Motivation is beside the point.

Reports on social media claim that OAPs on radio stations and the TV have been advised not to speak on the issue. It’s fine. Young Nigerians use social media as their major news source, anyway. Twitter, Instagram, even WhatsApp and Facebook where the elders are, the news is being taken everywhere, with photo and video evidence.

Again, this isn’t the first time young Nigerians are protesting against the Nigerian Police’s extrajudicial killings. But let’s hope it is the last.