What Happens After You Have Been Assaulted By SARS? 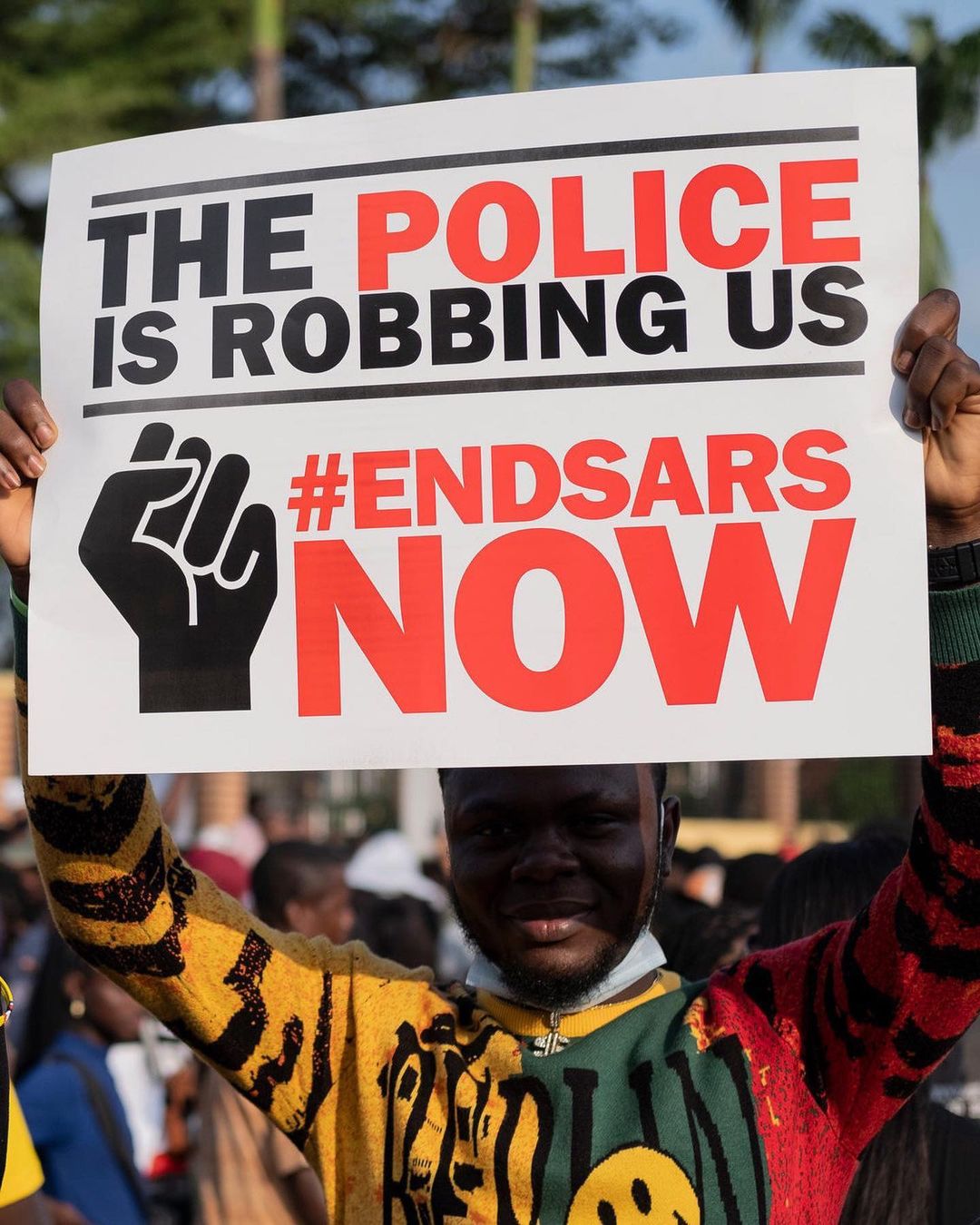 On February 2, 2020, Seyi Akinade was in his hostel working on data slides for a school presentation. It was 10 PM and his generator was on. He heard a loud noise and, when he looked up, he saw men in black storm into his room. He knew who they were—SARS officers. They took his laptop and phones and he, alongside 16 other people, including friends, was handcuffed and bundled away.

After arriving at the police station, Seyi pleaded with the police officer in charge to release him early. It was already 12 AM; his school presentation was later that day. The police officer’s response, though, was a shock.

“He said I will pay 200k! Ha! For what? I told him to go through my phone that I am not a fraudster, that I am a forex trader. He went through my phone and my friends’ phone. There was nothing implicating there, except for the bank alerts, and the money wasn’t even mine, I told him they were investors’ money. I forgot to mention I opened a trade on my trading platform before they came to arrest us. I pleaded with them to give me access to my phone so I could close the trade or something. They thought I wanted to call someone and they slapped me for requesting for my phone. The trade kept running until the next day.”

Despite the absence of inculpatory evidence, Seyi and his friends were thrown into a cell. What he went through was unimaginable. “Police will slap you and beat you, prisoners will beat you when you enter the cell too. I cried till the next morning,” he wrote.

Seyi’s experience was beyond a few slaps and blows. His encounter with officers of the Special Anti-Robbery Squad affected every aspect of his life.

“Without having anything incriminating on my phone! That day I lost almost $20,000 trading and I missed my presentation in school. They still wanted to collect bail after beating and harassing us for nothing. Since then I’ve been in massive debt. I couldn’t complete my education and my life has been in shambles, I have receipts for everything I said on here incase anyone thinks I’m lying. Suicide has been the only thought on my mind every day. So in case I hurt myself and anyone is curious as to why I did it, this is my story.”

Reports of the Nigeria Police Force brutalising and killing Nigerians has been rife in the past few years. The police officers have faced little or no repercussions, and the memories of their brutality stick with their victims for long. These memories cannot simply be erased. Sometimes, they are in form of nightmares, and, like Seyi, some victims never recover.

“It happened again tonight, I had the same nightmare that’s been reoccurring for months now since the incident happened, same faces. SARS officials in their black uniform carrying us away in the dead of the night and I wake up with serious chest pain from fear of what I was about to experience.”

For A (who has chosen to remain anonymous), his encounter with SARS officers is a daily reminder that he is not free in his country. His story is similar to Seyi’s. A student of the University of Ilorin, A and his friends were chilling in their hostel around 7 PM when SARS officials came in. “They came in and saw us relaxing and just generally having fun. That was a red flag for them,” A said.

Typical of the Special Anti-Robbery Squad, they insisted the boys were criminals.

“They claimed that we had some contraband and illegal stuff with us. This was obviously a lie. They began to search all the rooms but they didn’t see anything. It was clearly an illegal raid because they were not specific on what they were looking for and did not have any search warrant. At first, we tried to challenge them by claiming that we had rights but they were armed. They took all of us to the police station and we were all detained. The reason for our detention was because they asked for money and we refused to give them. The next day, we had to wait for the DPO to arrive before we could bail ourselves out.”

Although A’s experience did not metamorph into nightmares or mental trauma, daily life for him has become a game of hide and seek.

“We have to be really careful when moving. Our movements are always calculated too; we know when SARS officials are on the road and where they are not. So when we take bikes or take taxies, we avoid those routes. This is the life we are living now,  avoiding people that are meant to protect us.”

Time, they say, heals all wounds. But when it comes to the cold-blooded murder of your loved ones, all time does sometimes is to cover this wound with a thin film. On the surface, you look alright, but on the inside, this wound is festering. You are consumed by pain, grief. This is the case for Chisom, whose cousin was brutally murdered by men of the Special Anti-Robbery Squad. 8 years after and Chisom still describes the year 2012 as “a dark year.”

“SARS killed my dear cousin and seized his body. We had to go to court for it. He was the only son then and died at 21. By the time they released his body, he was beyond recognition. This was months later. His head was disfigured because he was also shot in the head. There were multiple gunshot wounds to the body and head.”

Chisom’s cousin was like many others who met their deaths at the hands of SARS officers just by going about their normal duty. He traveled to Enugu to buy a form for his sister. That was the last they heard of him.

“His sister went to write post UME at UNN. She didn’t make the primary list so he had to come from Lagos to buy a supplementary form for his younger sister. He went to Enugu and that was the last we heard of him. Phone stopped going through. Nothing! Someone who was there when the event happened in Enugu kept on looking for how to get across to my cousin’s family. 2 weeks later, he found their family house in Onitsha and brought the sad news that SARS had taken their son. We went to court for months after this cos they refused to let go of his body. My aunt and uncle went into depression. It was the hardest time for them. Mahn! I’m crying thinking about how a young boy who had so much life in him died at the hands of killers disguised as police.”

What happens after people have been assaulted and murdered by SARS? The clock keeps ticking, the world moves on, and people continue to live their lives. But the trauma of SARS brutality is one that remains in the lives of the victims and their families. Life never remains the same.

These cases are very few when compared to the number of families who have been plunged into despair and agony by trigger-happy policemen. Perhaps this time around, the clock shouldn’t have to tick as usual. For Seyi, Jimoh Isiaq, Kolade Johnson, Tina, and many others whose lives were ended by bullets, Nigeria needs to halt, and bring an end to police brutality.