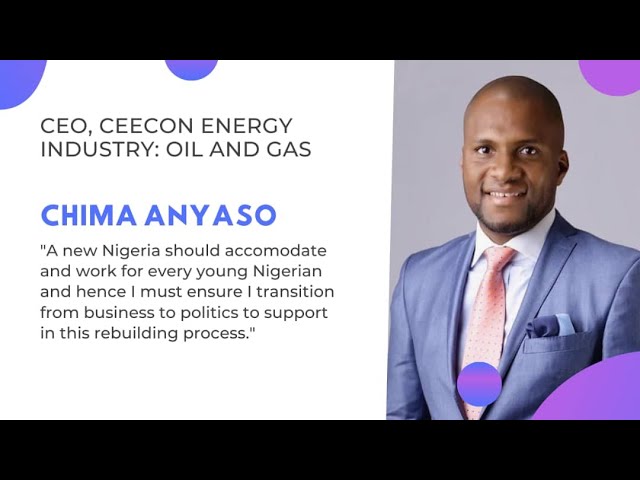 On this episode of “Under 40 CEOs“, Familusi Akin Babajide (FAB) sits with Chima Anyaso, the CEO of Ceecon Energy Oil and Gas.

Born under a heavily influenced entrepreneurial environment in Enyimba City, Aba, Chima Anyaso not only took to business early in life, as his father was also a successful businessman in Aba. He took his time to attend the university first where he earned a bachelors degree before travelling to Lagos to begin his journey into business and soon had a break in the oil and gas industry.

At the age of 30, while many young men struggle to find their feet, Chima Anyaso had made his first billion and emerged as one of Nigeria’s youngest entrepreneur and business leaders. Encouraged by his successful ventures, Chima Anyaso was soon to venture into philanthropy.

Sisi Yemmie has a Cookbook! Get All the Deets in Her New Vlog