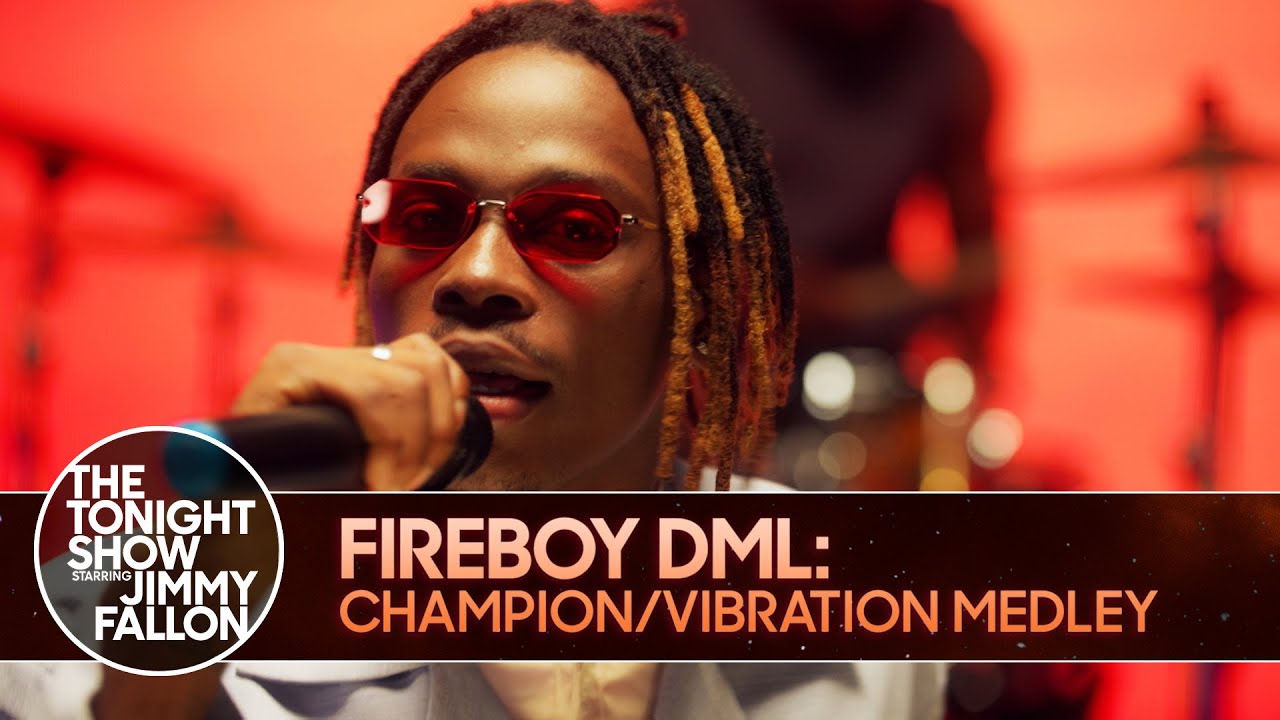 Fireboy DML was one of the guest artistes on Jimmy Fallon‘s “The Tonight Show“.

The music star performed a medley of “Champion,” from his latest studio album “Apollo“, and his 2019 track “Vibration” from “Laughter, Tears and Goosebumps“.

The Nigerian Afro-pop artist launched his first solo studio album “Laughter, Tears & Goosebumps” in 2019 and has kept on giving us hits including “New York City Girl“, “Eli” and “Tattoo“, which are all singles off his new album. The 17-track “Apollo” album features stars like Wande Coal on the track “Spell“, Olamide on “Afar” and D Smoke on “Champ“. The album “Apollo” was executive produced by YBNL CEO and recording artist Olamide. Producers who worked on the album include Pheelz, Type A, iamBeatz and P.Priime.

Watch his performance below: