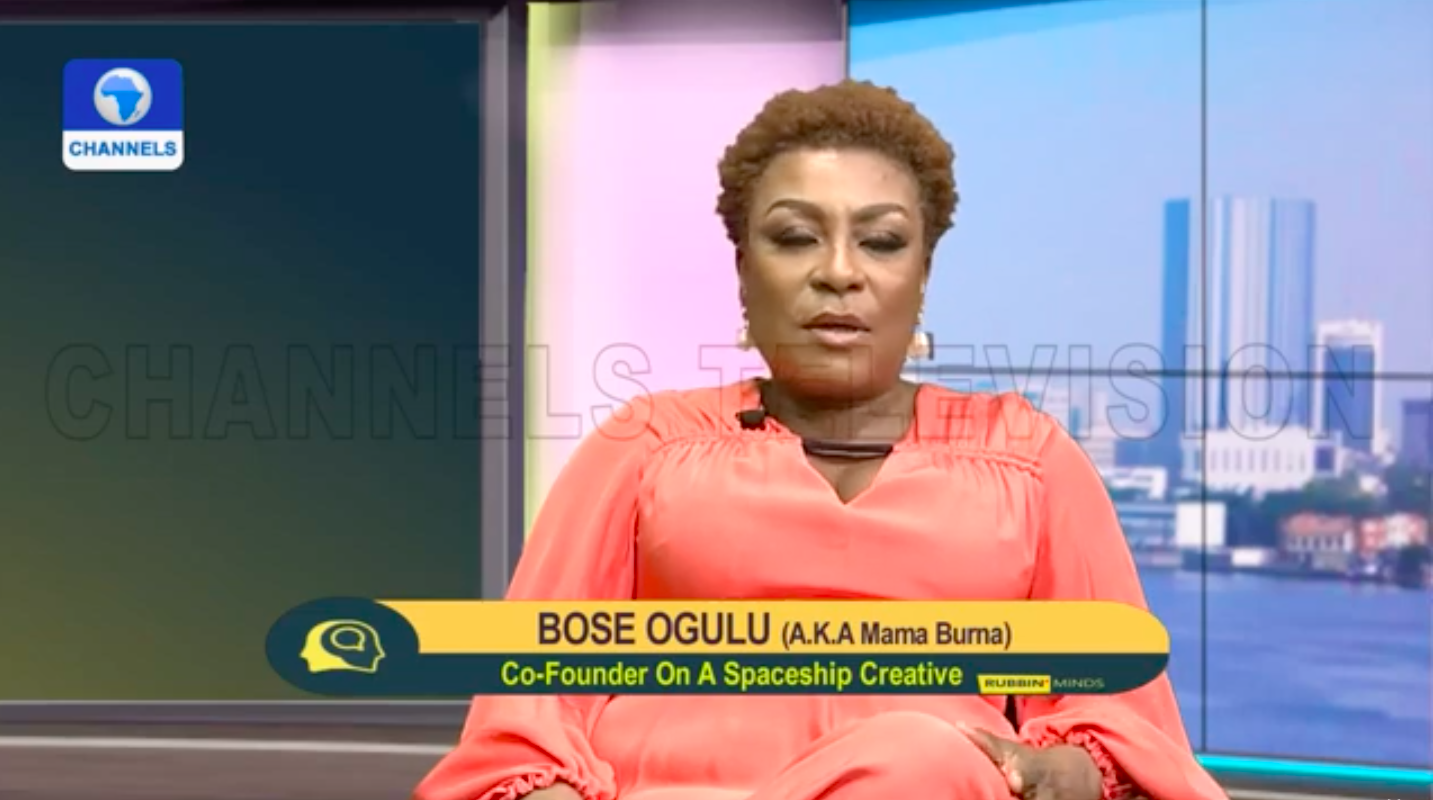 In this episode of “Rubbin’ Minds“, Bose Ogulu, aka Mama Burna sits with Ebuka Obi-Uchendu to discuss talent management and managing her son, Burna Boy.

Speaking on her transition from the education sector to the music industry, she says:

Burna Boy started in October 2010, in Port Harcourt and before he took the name, he asked me to manage him. I’ve always managed him. It wasn’t full time for me because I was raising kids, you have to pay bills… I signed the first deal on his behalf… I’ve handled most of his bookings but I wasn’t involved in the day-to-day… I was just managing him, protecting his interests in whatever shape that I could.

I went full time in 2017… It just because evident that the day-to-day and the other things I wasn’t handling were not going as they should have been and I had more time, I had fewer kids going to school that I had to pay bills for. His business could also evidently grow to pay me.

Concerning the contentious topic concerning Burna Boy’s homecoming in Port Harcourt, which many people opposed because they thought it contradicted the messages in his music:

The very first about money, money was not paid by the way. Money was paid to everyone else but him. Everyone else who came to perform was paid. Because they were honoring him, he wasn’t being paid to be there. For want of a better term, It’s only a bastard, like my people say, that refuses honor in his father’s house. So for me, the optics, I don’t really understand. But I was too busy. But the facts are very clear, this man was honored because he got the highest award in his field in the world.

He was honored because he brought that award home. Why did he get that award? Because he was making the same music that speaks the truth. So I don’t think anybody was trying to buy him to their sides, or not. I think it is very clear to everyone, that the man will always make the music he wants to make, whether it’s for fun or didactics or whatever. He will continue to do that. No one ever asked him for that.

It wasn’t a deal, it wasn’t a case of let’s honor you, but you will not abuse us again. That didn’t come into the conversation. I think in the case of Rivers state, it is very wise that it was done. I was particularly impressed because if any other states had done it before Rivers State, it would’ve been shocking.