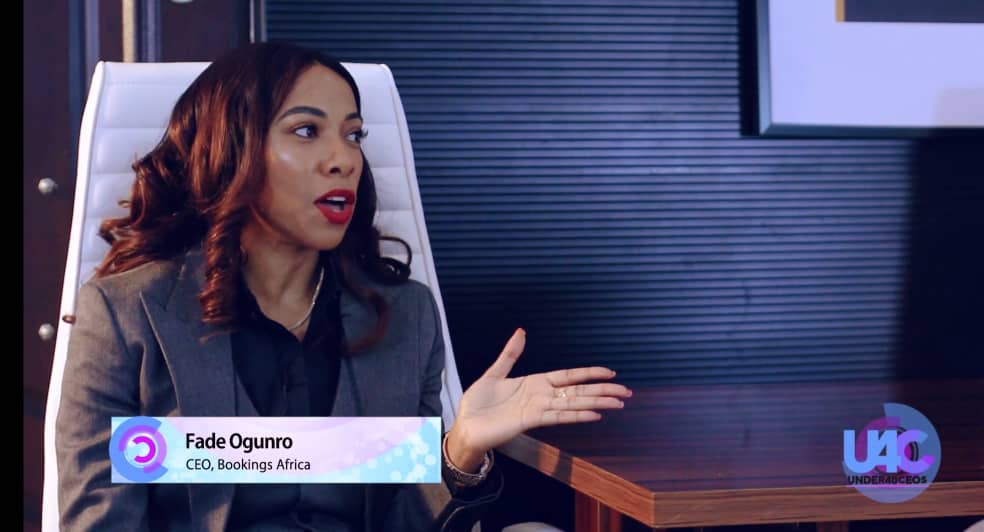 Familusi Akin Babajide (FAB) sits with Fadé Ogunro, the Founder and CEO at BookingsAfrica.Com for a conversation, in this episode of “Under 40 CEOs“.

Fadé Ogunro is an ambitious techpreneur and innovative problem solver, with goals to impact Africa by increasing digital gig-work and self-sustainable employment.

She possesses extensive knowledge of changing technical approaches and workforce trends across Africa. With over 15 years of experience in Print and Broadcast Journalism, Digital Marketing, Fashion, Entertainment and TV Production.

She began her career with Google in the UK, published articles in Vogue UK, Guardian Newspaper Nigeria, produced and hosted a popular radio show on The Beat99.9FM as well as two TV shows for DSTV. In 2011, she co-founded Film Factory Productions which specializes in TV adverts, documentaries music videos.