"Toke Moments" is Back and Toke Makinwa wants you to Shoot Your Shot!

#BNxBBNaija6: Ten Questions With... Jackie B on Her Stay in Biggie's House & Michael

Yay! We finally get to meet the Big Brother Naija season 6 ladies after 24 hours of suspense and they’re bringing more heat. There’s more twist to the game this year.

So, there are two wildcards that the housemates will have to identify in the Shine Ya Eye season this first week. If they succeed in identifying them, the wildcards get evicted. But if not, they remain in the game to play for the money. The wildcards also have a nomination privilege which biggie will give us more details on soon.

For now, here’s a brief description of the female Housemates according to Africa Magic. 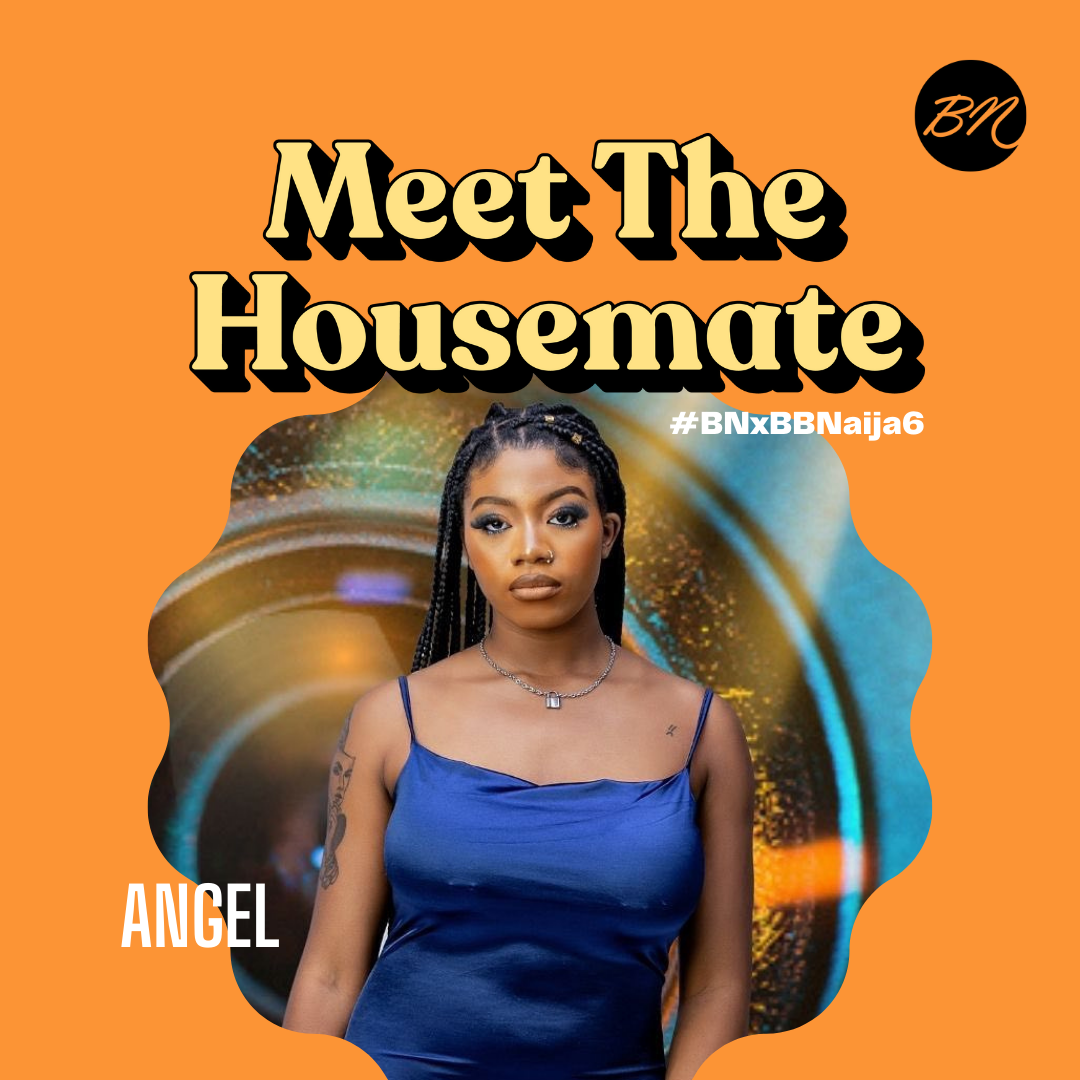 Writer and poet Angel Agnes Smith likes writing, watching movies and most importantly, sleeping. She describes herself as a fun, easy, likeable person who enjoys storytelling. If she is not in the club dancing, you will find her on the beach writing poetry.

Angel is a proud feminist, and her friends describe her as a drama queen. This 21-year-old likes to meet new people and loves nothing more than to analyse them and believes being on Big Brother Naija will help her kick-start her journey in writing and cinematography.  She also believes she’s “beautiful and also funny when I’m not under pressure”. 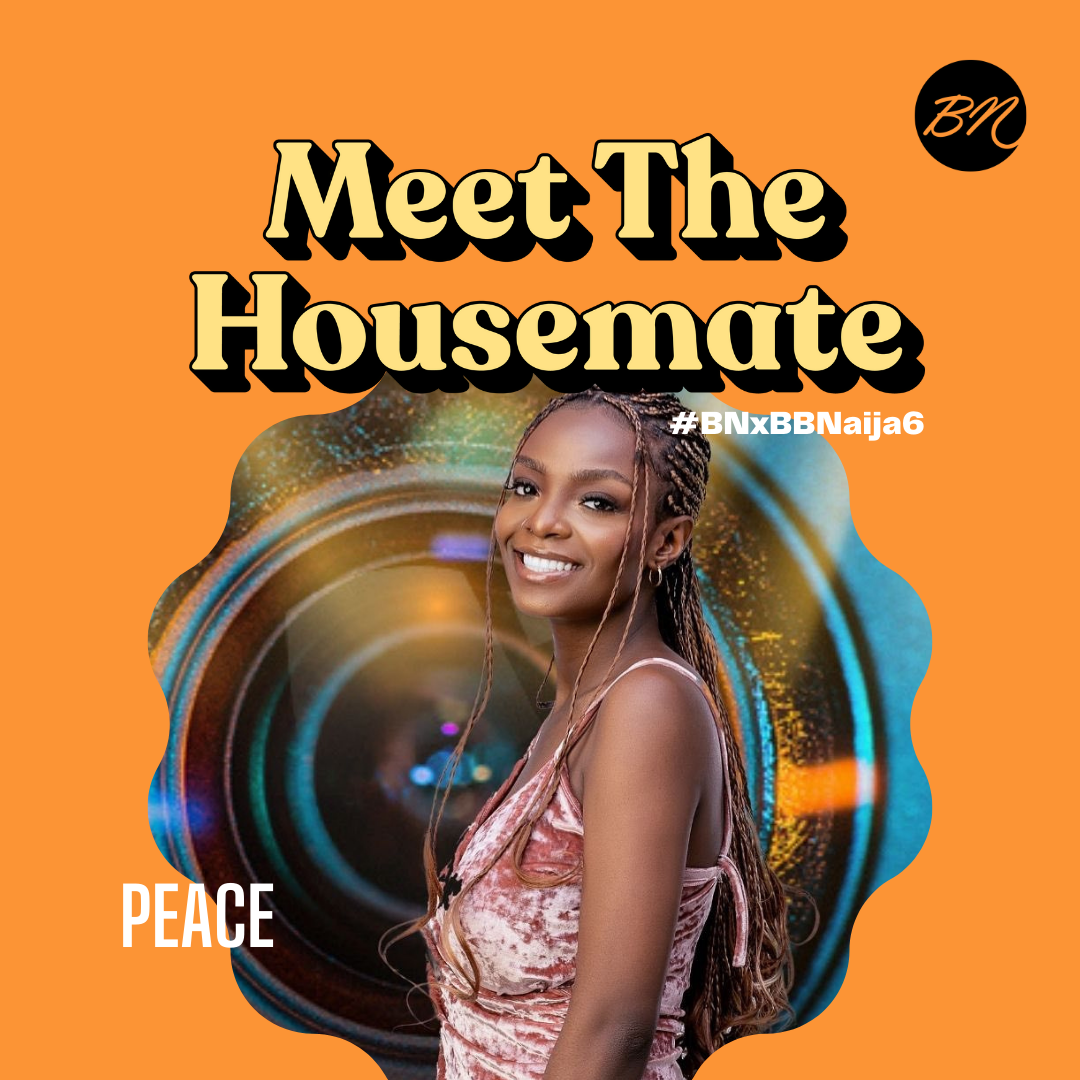 Peace Ogor is a 26-year-old entrepreneur from Port Harcourt. Her burning passion for fashion and style inspired her to open her very own clothing store that continues to keep her busy.

She describes herself as “a fun, sociable, daring team player” and believes her multicultural background makes her relatable. Although she is always on the go, Peace is not afraid to power down and refuel her social gas by spending time with her family when the opportunity presents itself. 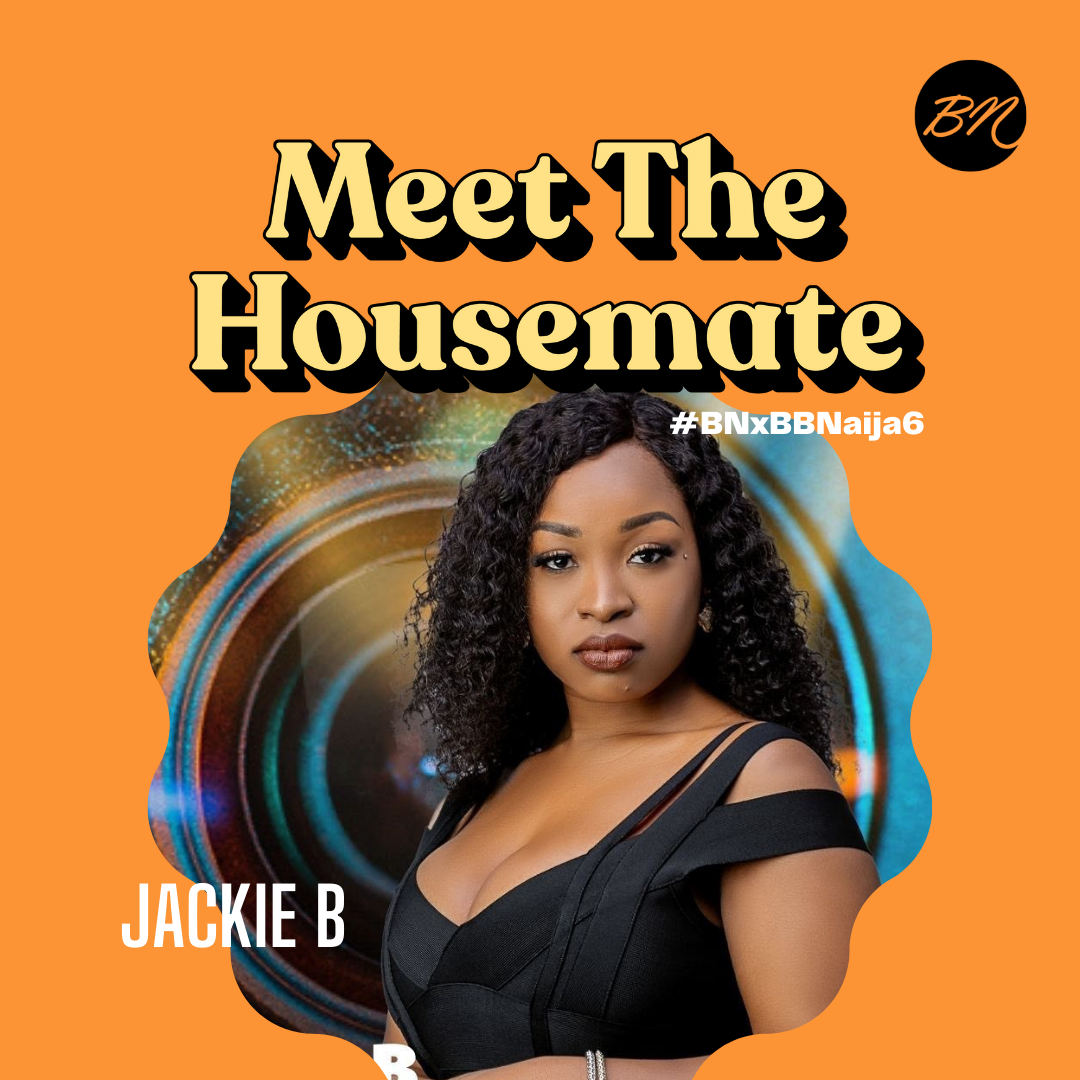 Jackie Bent is a proud single mum and hard worker with a passion for life. She is an interior designer and a certified event and wedding planner and went to university in the UK where she had her son.

The 29-year-old loves having fun and spending time with the people she loves. She also enjoys time to herself. She describes herself as an “introverted extrovert” and insists she is shy but confident.

She is driven by money and success and wants to make sure she can take care of herself and her family. She always seeks adventure and gets bored very easily. She is also a resourceful and creative person who enjoys making life beautiful. Jackie B does what she wants, when she wants and trusts her judgement always. 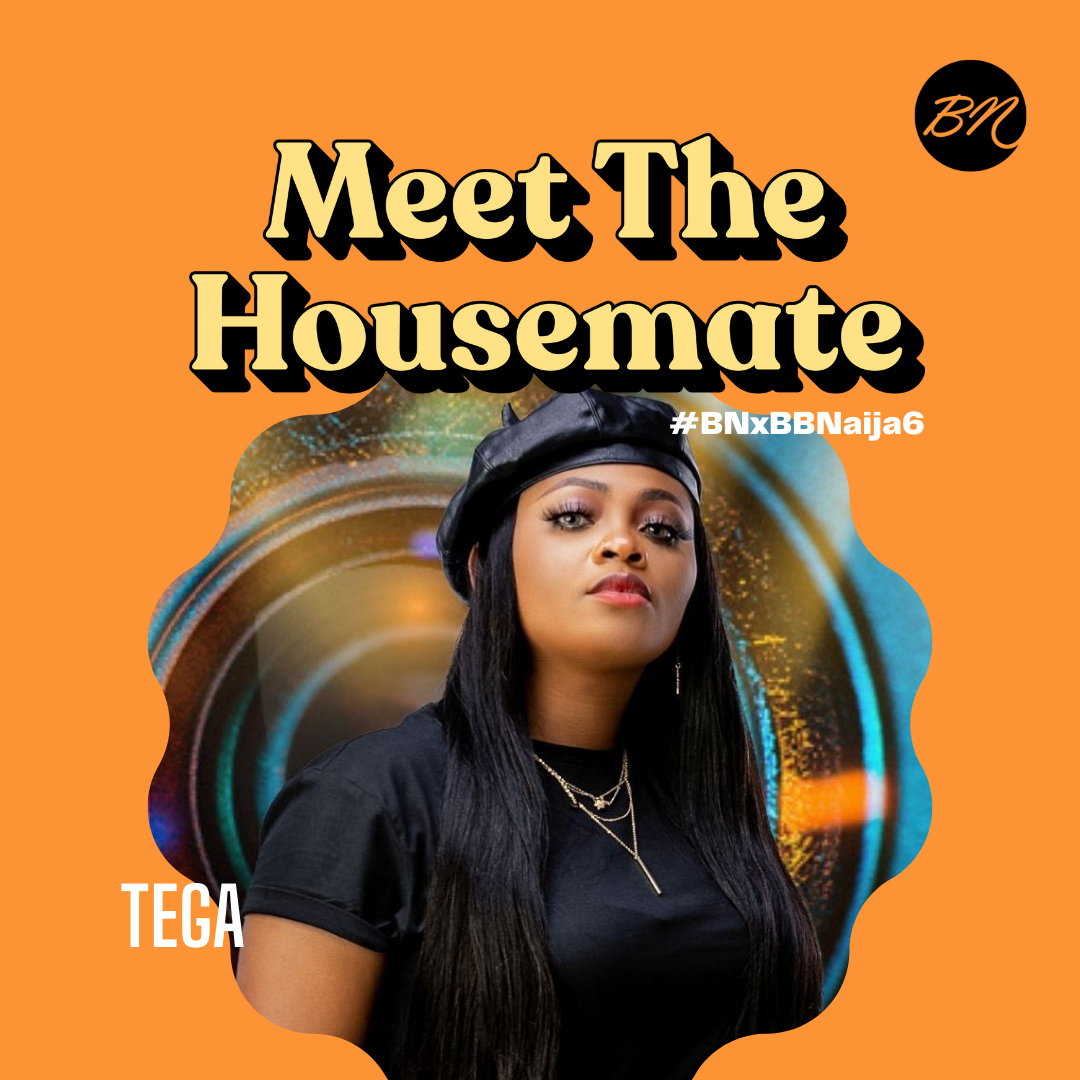 29-year-old mother of one, Tega Dominic is a business owner who loves dancing, travelling, DIY and photography. When she’s not doing any of the above, you can catch Tega swimming, or being the life of a party.

Her “small circle of friends” describes her as easy-going and a great cook – although she thinks that’s debatable, while she speaks of herself as outgoing, enthusiastic and passionate about the things she loves.

Tega is always willing to learn and tries to look at difficult situations as an avenue to learn and grow. One of Tega’s favourite things is motherhood because it has changed her perspective a lot and makes her look forward to all the things life will bring her way. 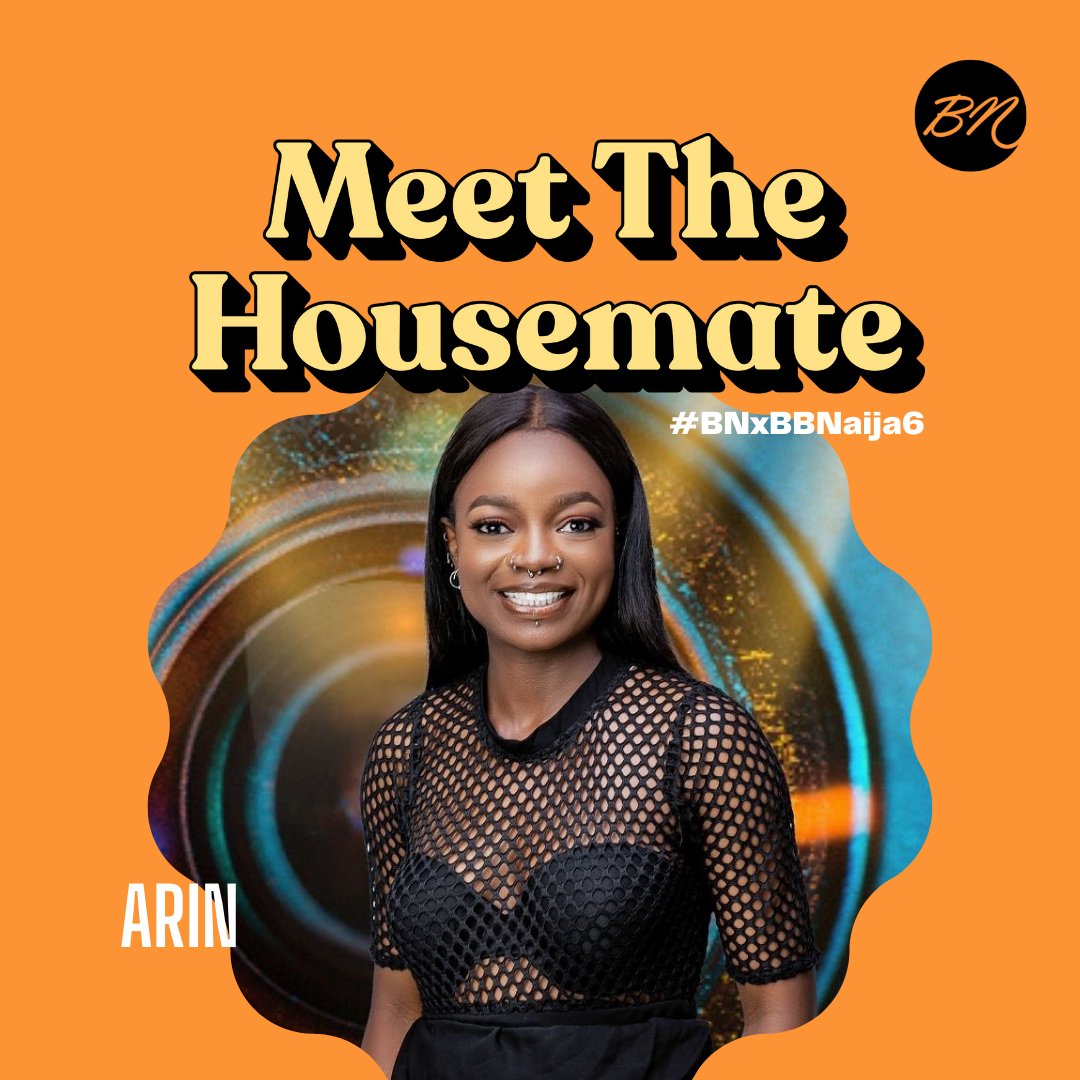 Multi-faceted Arinola Olowoporoku is a 29-year-old feminist, millennial Pisces who was raised in a polygamous home in Lagos. She is a fashion designer and an independent arts and culture curator dedicated to promoting the contemporary visual arts in Africa.

She is an emotional, strong, creative, opinionated and unapologetically expressive person, describing herself as “having no filter most times”. She loves to live life uninhibited and wants to be in Big Brother house because she believes it is a platform tailor-made for young people like her to thrive and come into themselves.

Arin is eclectic, loves piercings and loves to dye her hair blue. 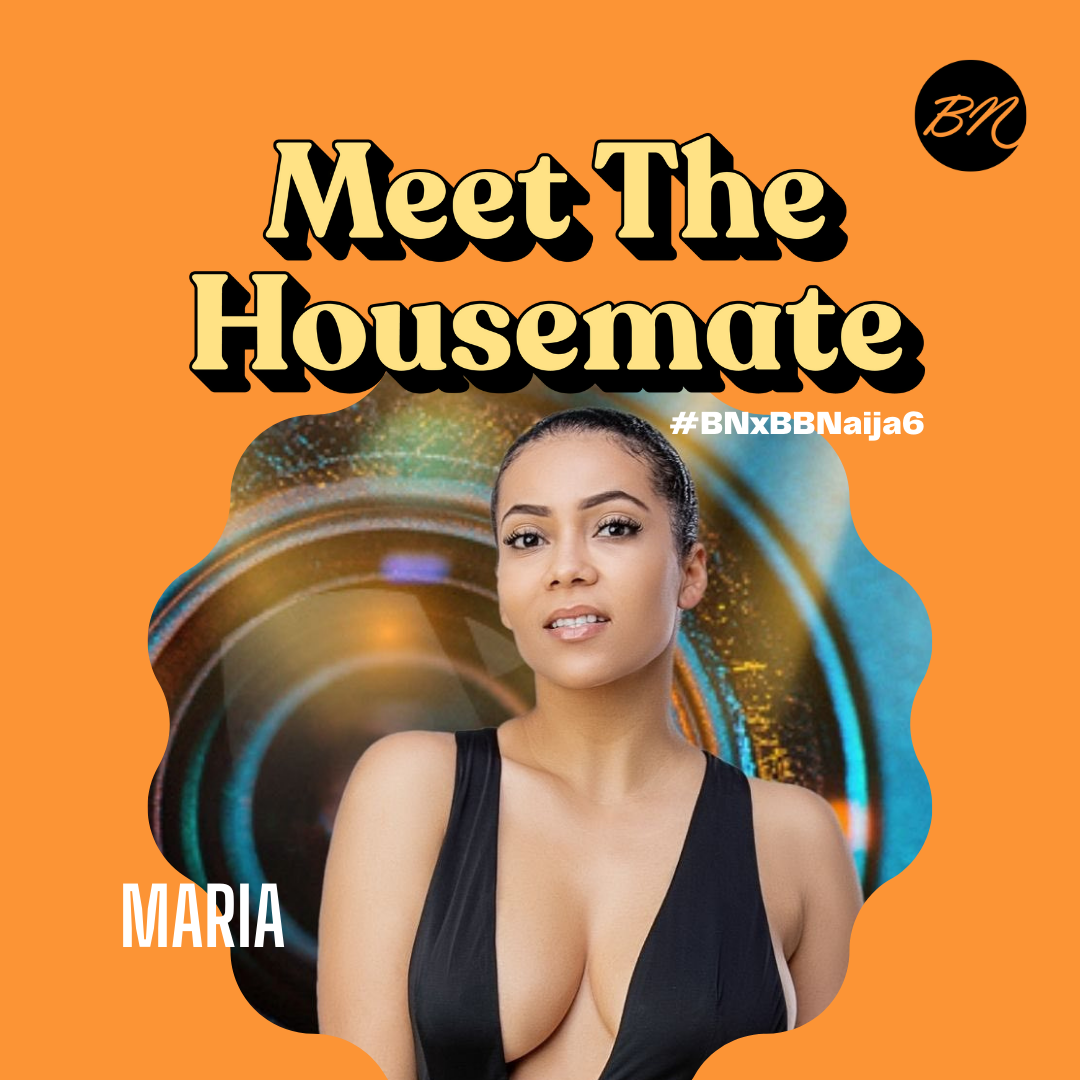 Maria Chike Agueze is a 29-year-old former air hostess, turned realtor who enjoys cooking, exercising, hiking, acting, and dancing. Maria prides herself on being a loving and kind-hearted individual who is always looking for new adventures. Her travels have taken her around the world and to all continents, except Antarctica.

Though she speaks of herself as “a symbol of love in human form”, people are often shocked by her stern side when they cross her or take her for granted. “I can get extreme when disrespected to the fullest”.

Having a go-getter attitude is one of her favourite character traits. Despite being hard-working, Maria enjoys having a glass of red wine when she needs a break. 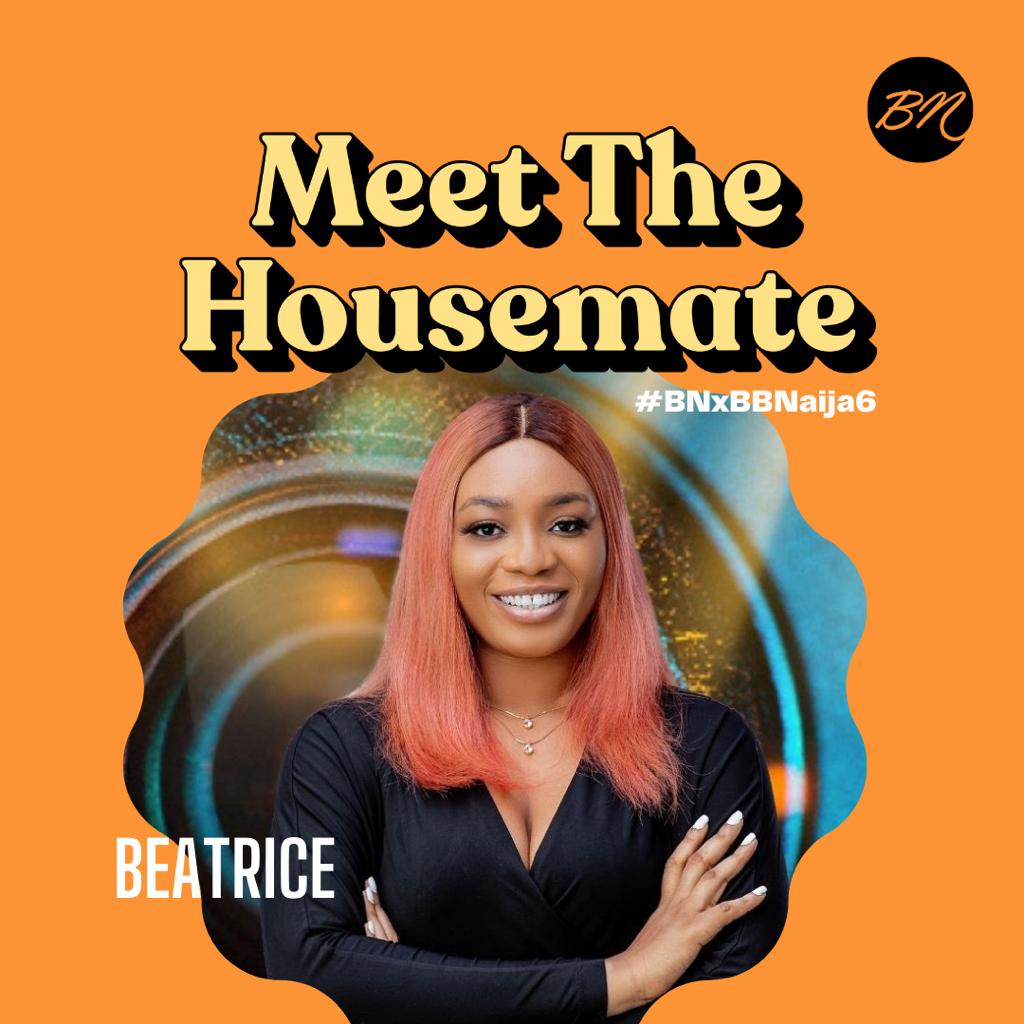 Fashion model and up and coming actress Beatrice Agba Nwaji, is a 28-year-old single mother of a five-year-old boy. She is a graduate of the University of Port Harcourt where she studied marketing.
Beatrice believes that she was “created with a special clay” because she wonders how she is able to do the things she does, without having learned how to do them. She can sing, dance, play basketball and football very well and is also a great hairstylist.

She is a talented software developer and when it comes to games, she is always the winner or the first runner up, even when she is not familiar with the game. She wants to be in the Big Brother Naija house because she has an interesting personality which the world needs to see and also wants to positively impact those who have stories similar to hers. 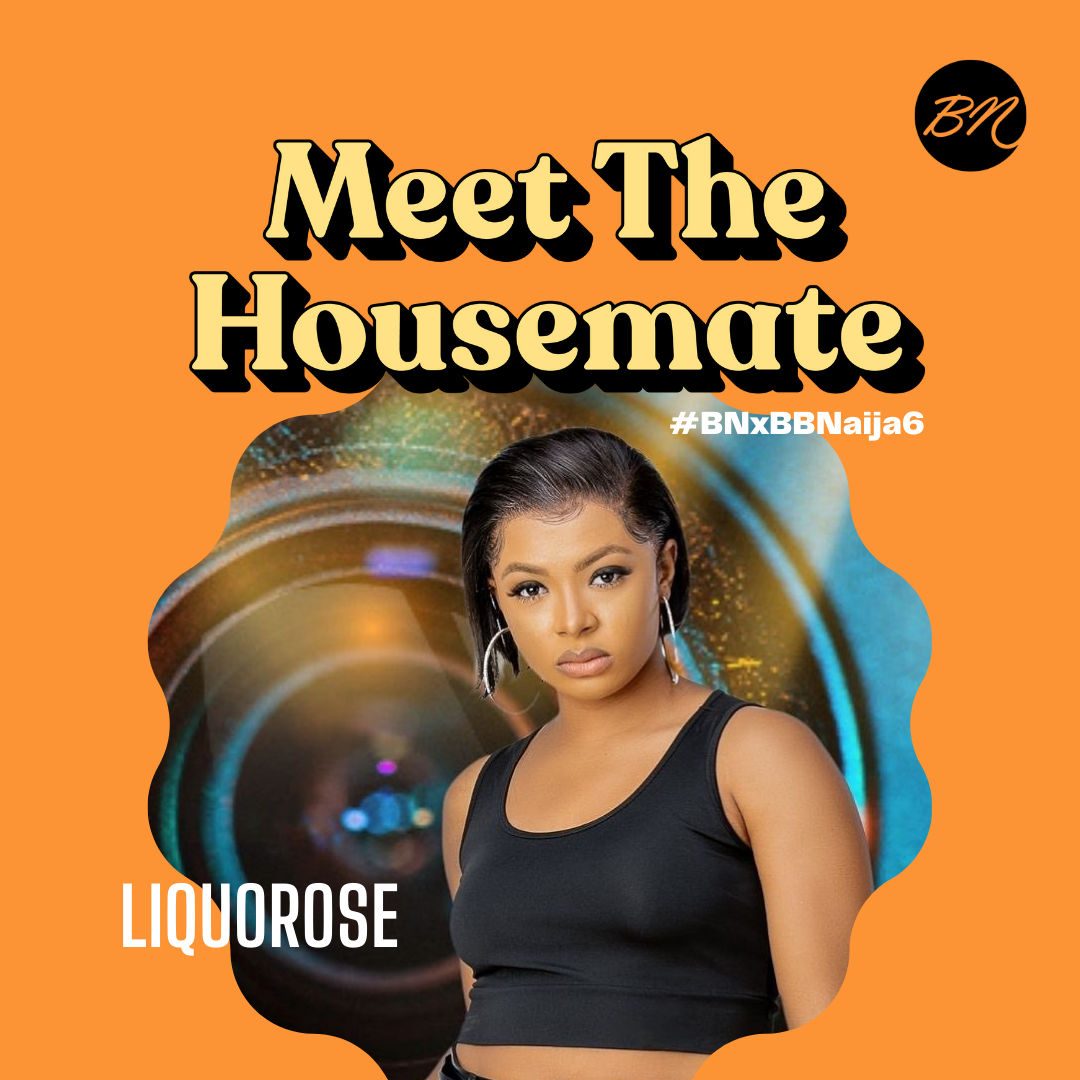 Although she loves to meet new people, professional dancer Roseline Omokhoa Afije admits she doesn’t do well with people who talk too much. She speaks of herself as “a down-to-earth go-getter” and also says she is tomboyish, but can glam up when she needs to.

Roseline, 26, loves singing, cooking, reading and writing and also takes pride in her talents as an actor and fashion entrepreneur.

The 26-year-old used to be a video vixen, but her passion for dancing led her to her current profession; leader of a girl dance group. Despite working hard every day to cater for her family and loved ones, Roseline always makes time for travel. 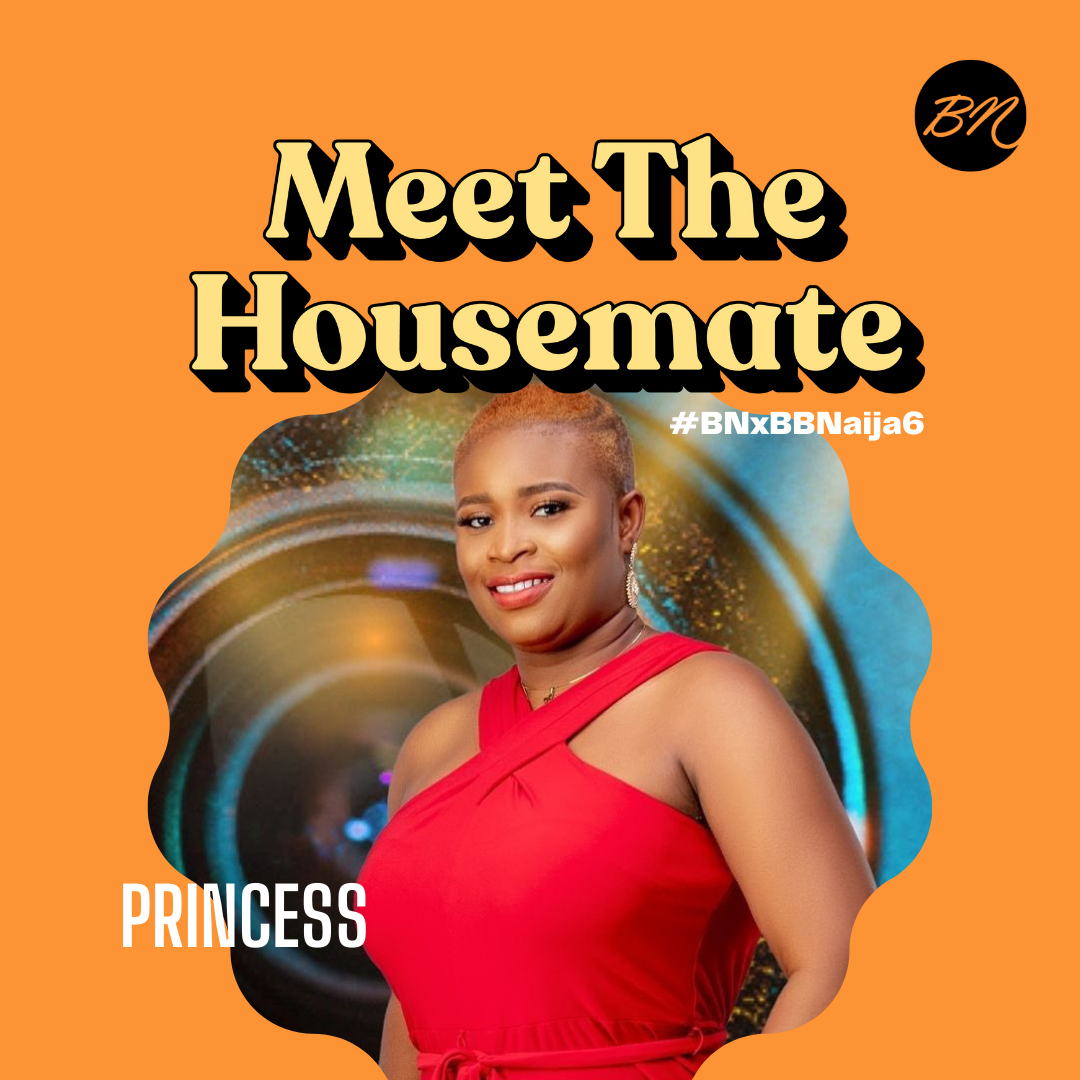 Princess Francis is a 30-year-old e-hailing service driver and business owner. She lives in Abuja and enjoys cooking, travelling, and watching movies. She takes pride in being a lovable, caring, fun person – and confesses she can be a little dramatic sometimes. “I got the drama from my mama,” she says.

Princess is from Imo State and lists buying her very first car as the highest point in her life. Her lowest, on the other hand, is when she found out her dad passed away.

Princess reckons there are many things that make her royalty, but none above her industriousness and the fact that she is a cool New Year’s baby! 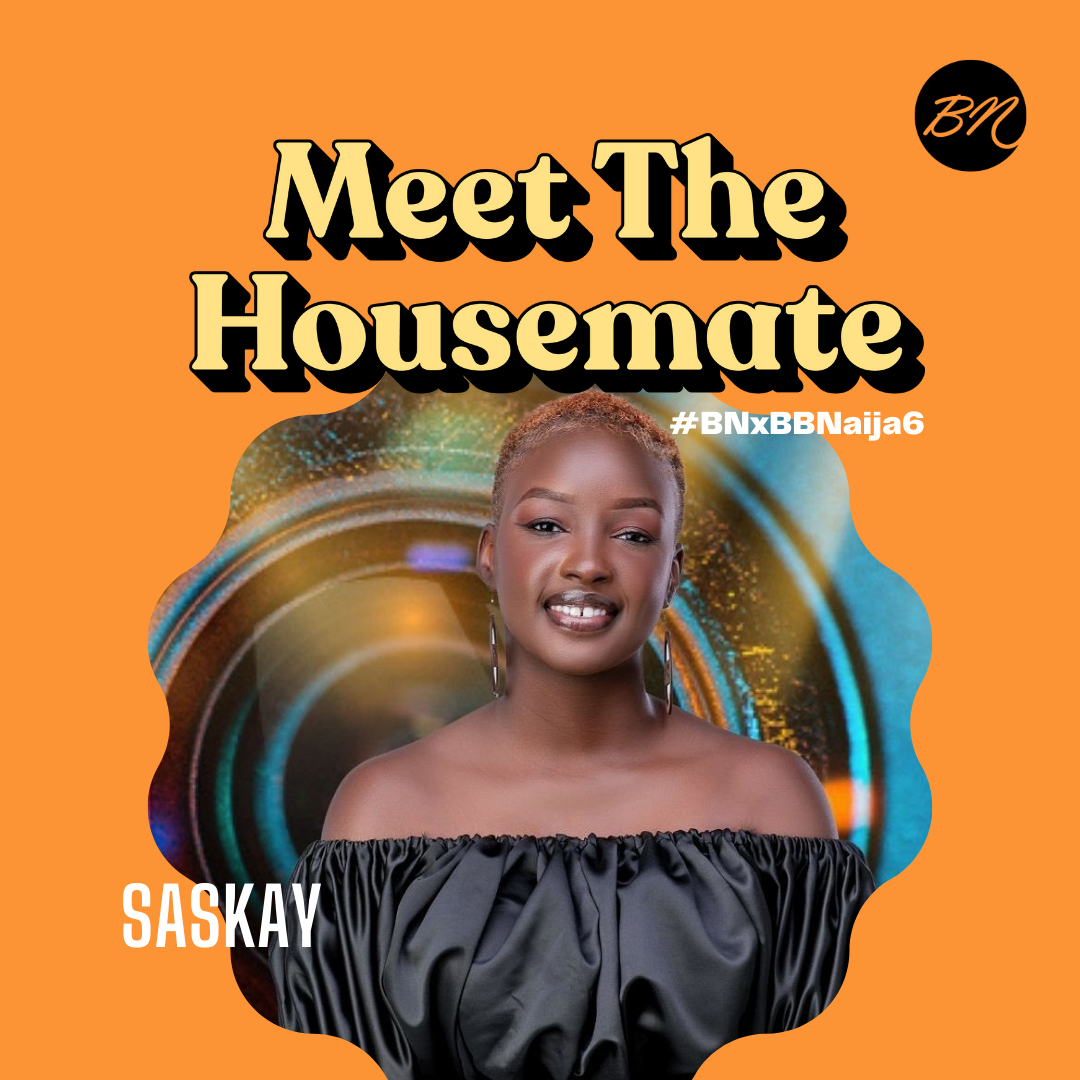 Tsakute Jonah is a 22-year-old extrovert and lover of books. She enjoys all types of music and speaks of herself as “an embodiment of art”. Discovering her talents and skills and using them to impact others and improve her persona, while striving to find her space in the world, is what she considers to be a high point in her life.

Although she was suspended from school in 2015, Saskay is having the last laugh as a fine artist and has even won titles such as ‘Model of The Year’ and ‘Female Personality of The Year’ at her university.

She loves dancing, cooking and meditating, and believes her personality was made for a show like Big Brother Naija. 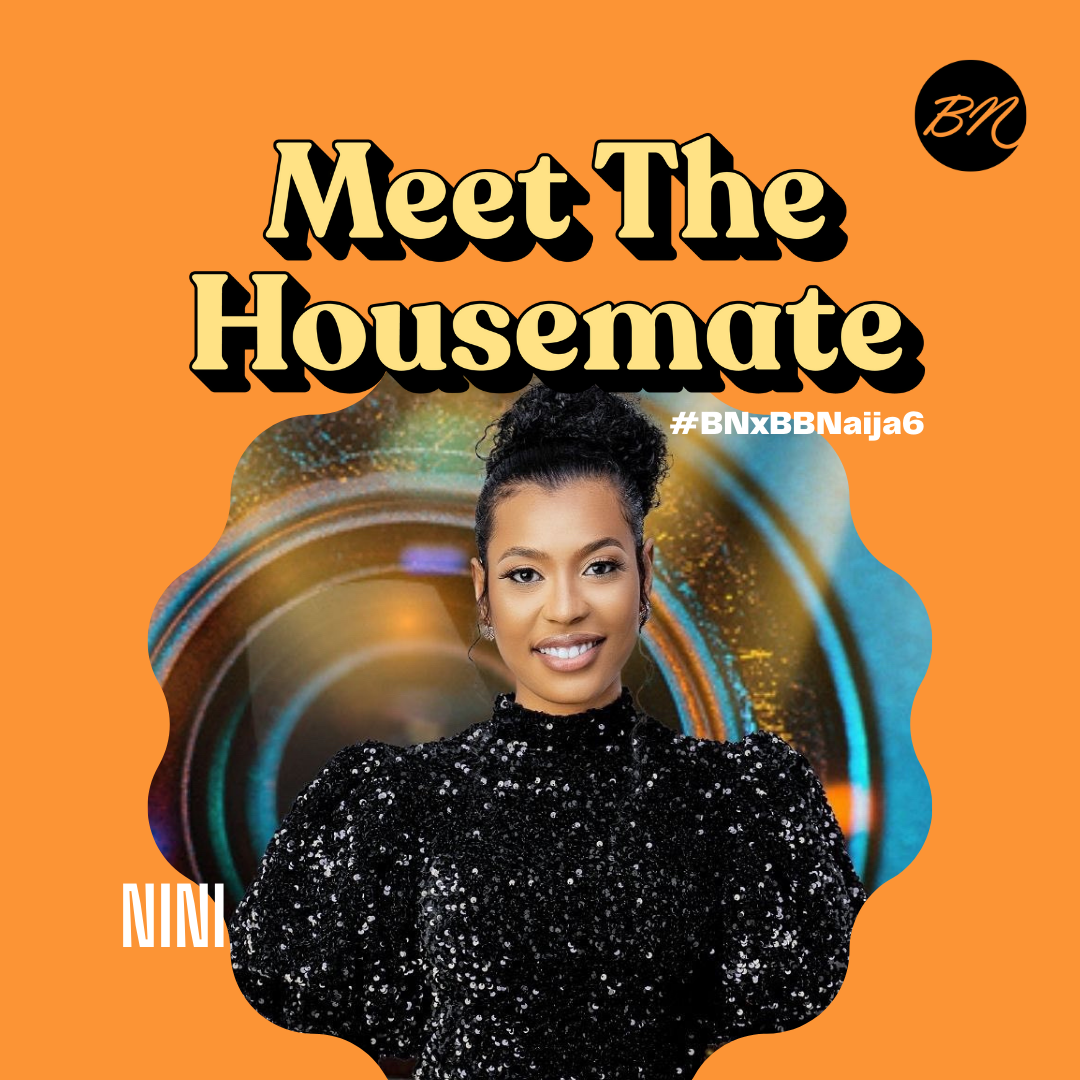 27-year-old Anita Singh is an economist and fashion entrepreneur born and raised in Nigeria. She has four siblings and a supportive mother that she loves very much.

She currently lives in Abuja and is a graduate of the University of Abuja. Her hobbies include cleaning, cooking, travelling and photography. She describes herself as being “curious, dramatic, ambitious and fun” and admits she loves to be the center of attention.

Nini is joining Big Brother Naija because she believes it is a huge platform that can change her life for the better. She is also keen to try out new things and feels this experience will help her face challenges head-on while having fun.