Part 1 of Basketmouth's "Blackbox Interview" takes us through His Early Beginnings, Success in Comedy & Recent Pivot to Music 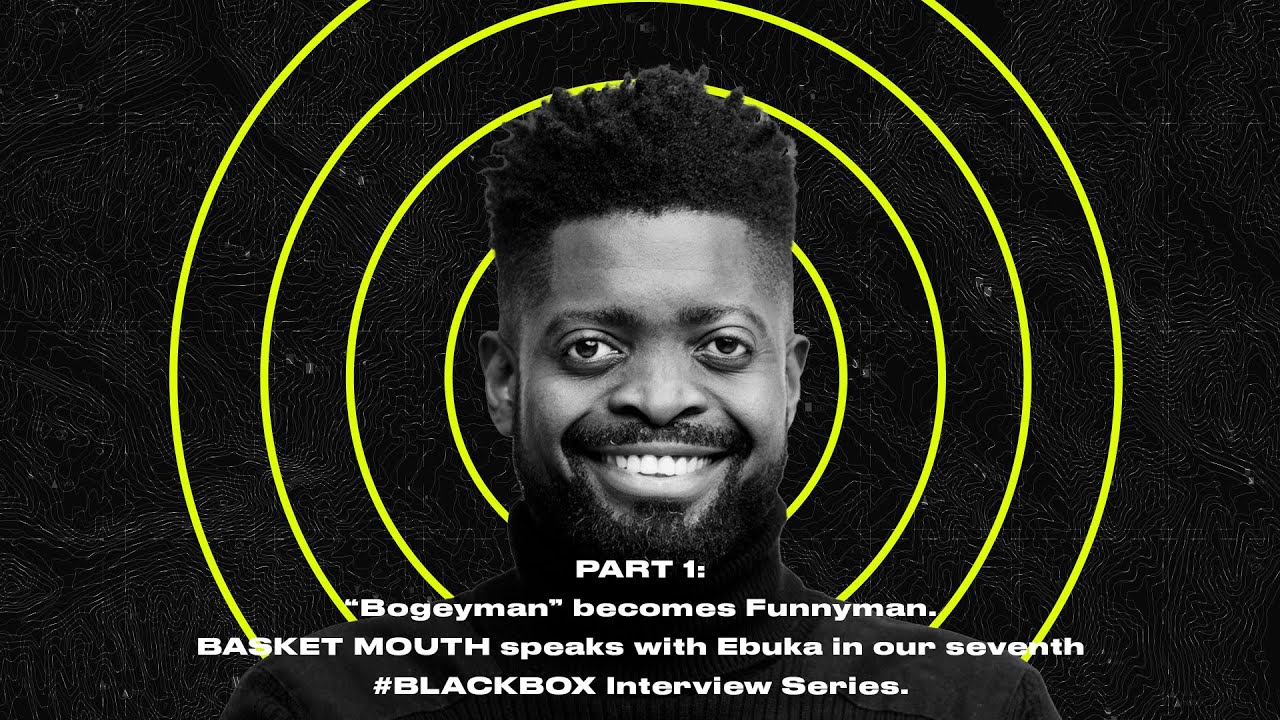 In Part one of his “Blackbox Interview“, comedian, actor and musician, Basketmouth chops it up with Ebuka Obi-Uchendu about his early beginnings, growing up with his family, reaching the pinnacle of the comedy industry and his recent pivot to music.

On why it was important for him to create his “Papa Benji” soundtrack album “Yabasi“, he jokingly says, “the thing is, I’m a failed rapper… Yes, I failed as a rapper. But I didn’t fail because it was a case where on stage, I was funny, but all my friends were funny so I didn’t know it was a gift. I thought it was a normal thing.

I was pushing rap. I was trying to make music but what I was doing then was blending Afrobeat with hip hop vibe, but it was a bit too ahead of my time so people didn’t get it. We struggled, so I’ll say we failed at doing something new.

Talking about the reception of his album, Basketmouth says he was both impressed and surprised, “because there was a time when I looked at the chart and I saw that eight songs from the album were top ten. I was excited because finally, what I’ve been trying to create is out and people actually love it. And there’s nothing that an artist loves the most other than his work being appreciated. Being understood.”

Basketmouth believes the album didn’t get the attention it deserved because he had three weeks to create the album and an extra week to mix and master before it was released.

I’m not a musician, I didn’t take enough time to really study how it’s done, I was introduced to certain people and it was quick. As at the point that we made certain decisions, we had no other choice and I believe that everything happened for a reason.

The noise wasn’t loud enough, I know, I was disappointed about that but it grew organically. That’s the thing that made me happy… It was a discovery point for me.