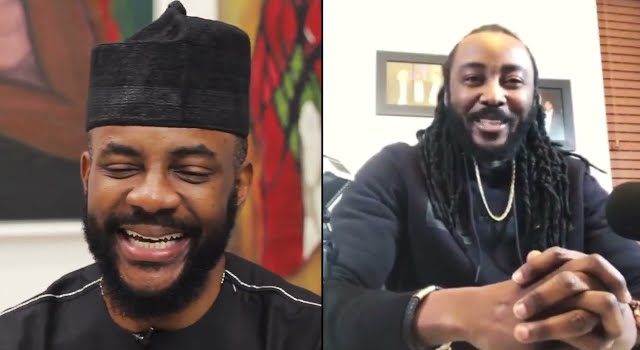 In this episode of “Rubbin’ Minds“, Ebuka Obi-Uchendu speaks with Mariam Bakre and “King Of Boys: The Return Of The King” star actor Titi Kuti (Ade Tiger).

Titi thinks his character gained more recognition in the second part because:

The whole idea behind KOB has always been to have a narrative like no other. The first part had the story go in the direction of certain characters and the second part had the story advance to some other characters. There was a little more elaboration on the character of Ade Tiger.

“It makes me feel good. There’s nothing more satisfying than jumping into the ocean with your eyes closed and it working out well,” Titi Kuti says about the reception of “King Of Boys: The Return Of The King” and how it’s left him feeling.

The Best Croaker Fish & Steamed Vegetables Recipe, According to Zeelicious

The Adanna & David Family had a Great Day Out with Grandma