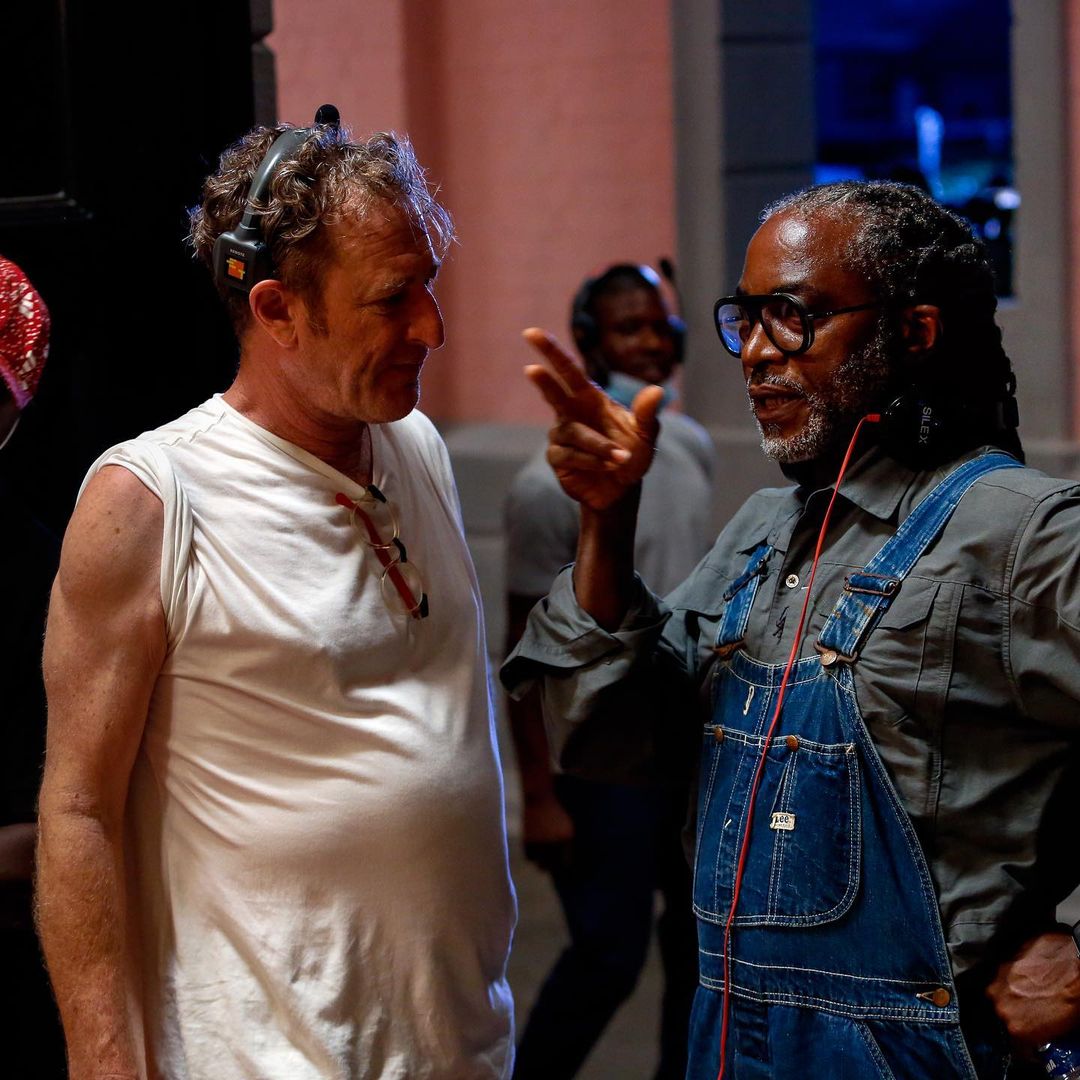 The amazing Biyi Bandele will direct the forthcoming Ebonylife and Netflix adaptation of Wole Soyinka‘s novel “Death and the King’s Horseman“.

He made his directing debut with the film adaption of Chimamanda Adichie‘s “Half of a Yellow Sun,” and has since directed films such as “Fifty” and MTV drama series, “Shuga“.

On Instagram, he spoke about the start of principal photography on the project and working with the director of photography Lance Gewer:

It was the first day of principal photography yesterday on the adaptation of Wole Soyinka’s seminal play Death and the King’s Horseman, produced by EbonyLife Studios for Netflix, which I am directing. On the set with me here, the legendary Lance Gewer, whose previous credits as DoP include Tsotsi, the first African film not made in French to win an Oscar

Heidi Uys, Judith Audu, Quinty Pillay, Adeola Osunkujo, and James Amuta are co-producers of the new film, which EbonyLife CEO Mo Abudu confirmed. The film’s cast, however, has yet to be revealed.

Giving God the glory for an absolutely incredible year with our production slate ??????

We started with Castle & Castle Season 2, we then went on to Chief Daddy 2, then the recently announced Blood Sisters and yesterday we started Principal Photography on something very dear and very special – Death and the King’s Horseman ?

Death and the King’s Horseman is a play by Professor Wole Soyinka based on a real incident that took place in Nigeria during the colonial era: the horseman of a Yoruba King was prevented from committing ritual suicide by the colonial authorities.

It’s been a lot of work bringing this particular project to life because it is a period piece set in Nigeria in the 1940’s.

The Original play, written by Professor Wole Soyinka has been adapted for screen by @biyibandele and is also directed by him.

My special thanks to Sir Peter Badejo for his support on this project. Your guidance means so much to us.

I will tell you more about our AMAZING CAST soon ???

I will be forever grateful to Professor Wole Soyinka for giving me the rights to this most important and treasured piece of literature.

I cannot wait for the world to see this feature film.