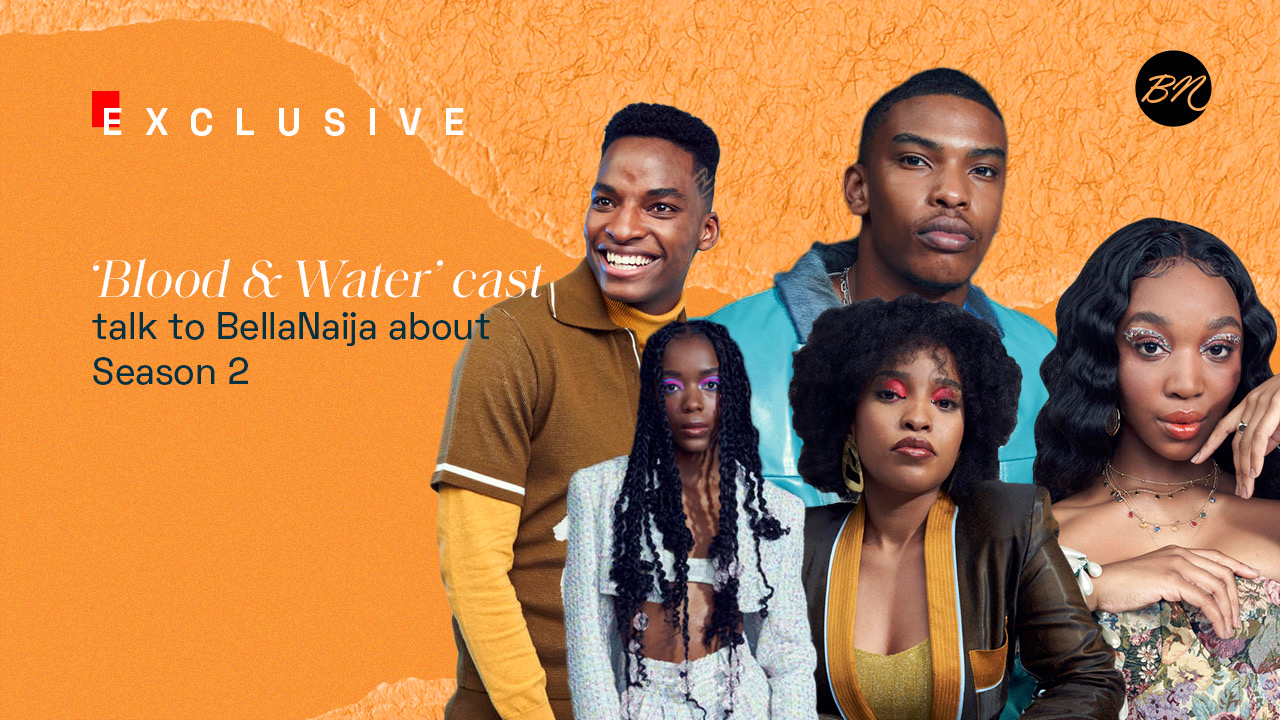 The Netflix original South African series “Blood & Water” made a mind-blowing comeback with season two as it premiered on the 24th of September.

Directed by Nosipho Dumisa, season 2 will pick up right where we left off and leads us to all of the answers we have been waiting for, and then some. Full of entanglements, a few lies and a constant source of break-up, makeups, drug deals, and brand new characters arriving with a spoon, ready to stir the pot. 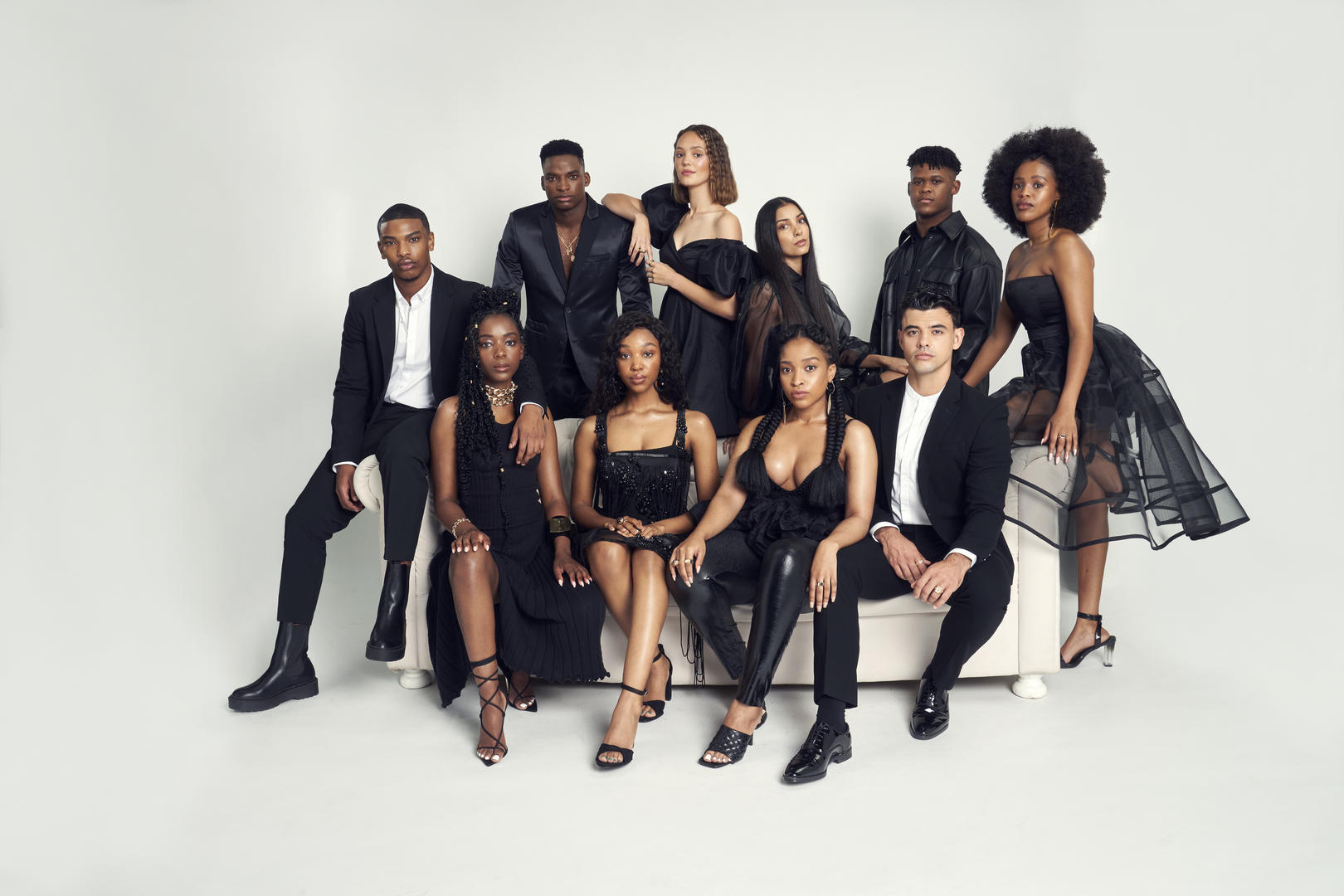 The series breakout stars Ama Qamata (Puleng), Khosi Ngema (Fikile), Dillon Windvogel (Wade), Thabang Molaba (KB), Cindy Mahlangu (Zama) and the new kid on the block, Leroy Siyafa (Sam) tell BellaNaija’s Lee Ada’Eze about their filming experiences and what their characters got up to in the second season of “Blood & Water”.

They also share their favourite moments on set, the creative process of portraying their characters, the most interesting things about “Blood & Water” season 2 and how it differs from the previous season. 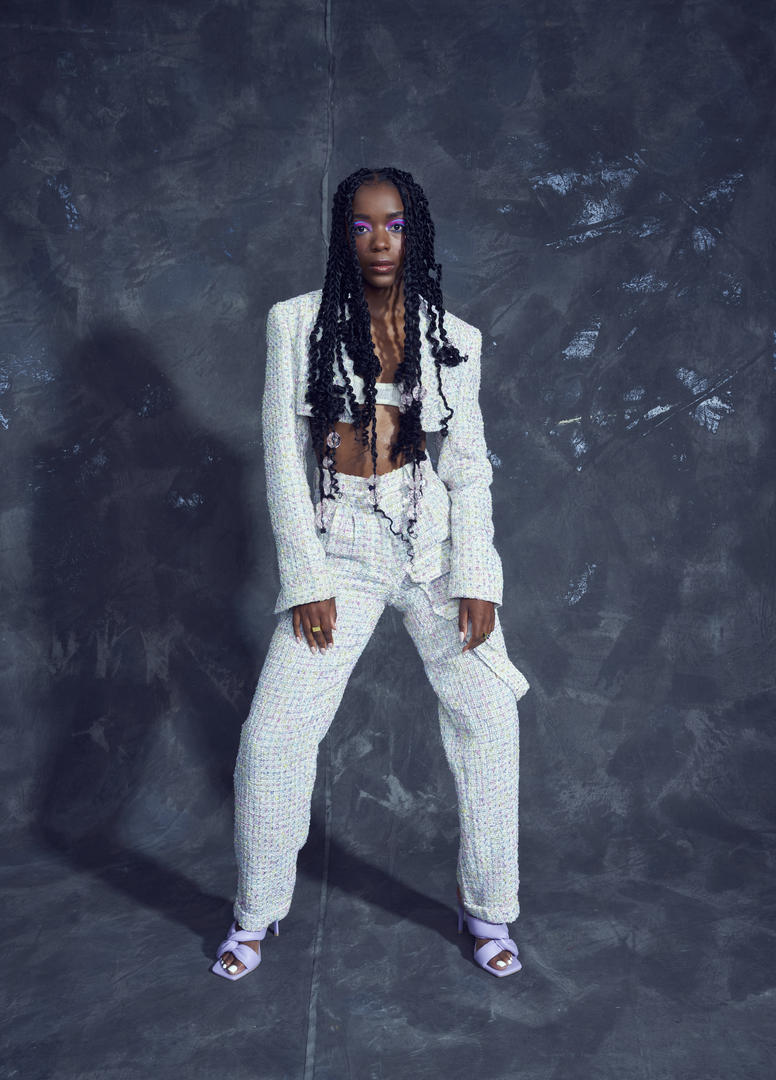 What does Puleng get up to in season 2 of “Blood & Water”?

Ama: Expect definitely more bravery from Puleng. I think we already got a glimpse of that in the first season; how far she’s willing to go to discover the truth. She almost took Fikile’s tampon to get the DNA test results. This season, she definitely puts herself and people around her in danger.

It’s a life or death situation but Puleng is not really aware of that. Her main concern and focus are trying to prove that Fikile is her sister. So expect more boldness, more bravery from her. She definitely takes those risks. 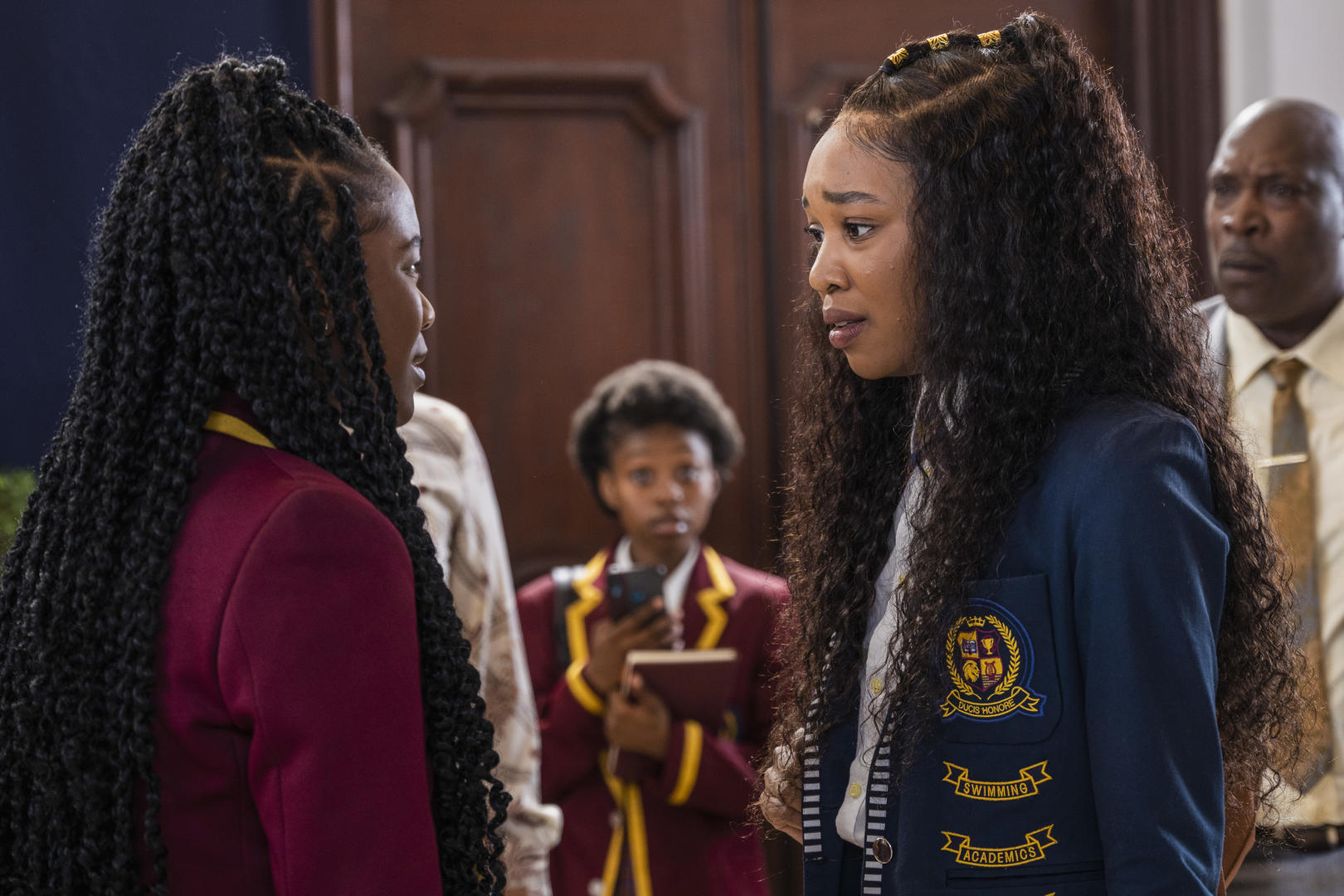 What should we expect from this season of “Blood & Water”?

Khosi: Without revealing anything, I can say “Blood & Water” season 2 has a lot to offer. There’s a lot of character developments. We get to know characters better than before, new friendships are formed, unlikely friendships are formed. Lots of drama, lots of twists and turns. Once you feel like you know something, something else happens and you’re like… okay. It’s a roller coaster but it’s brilliant. 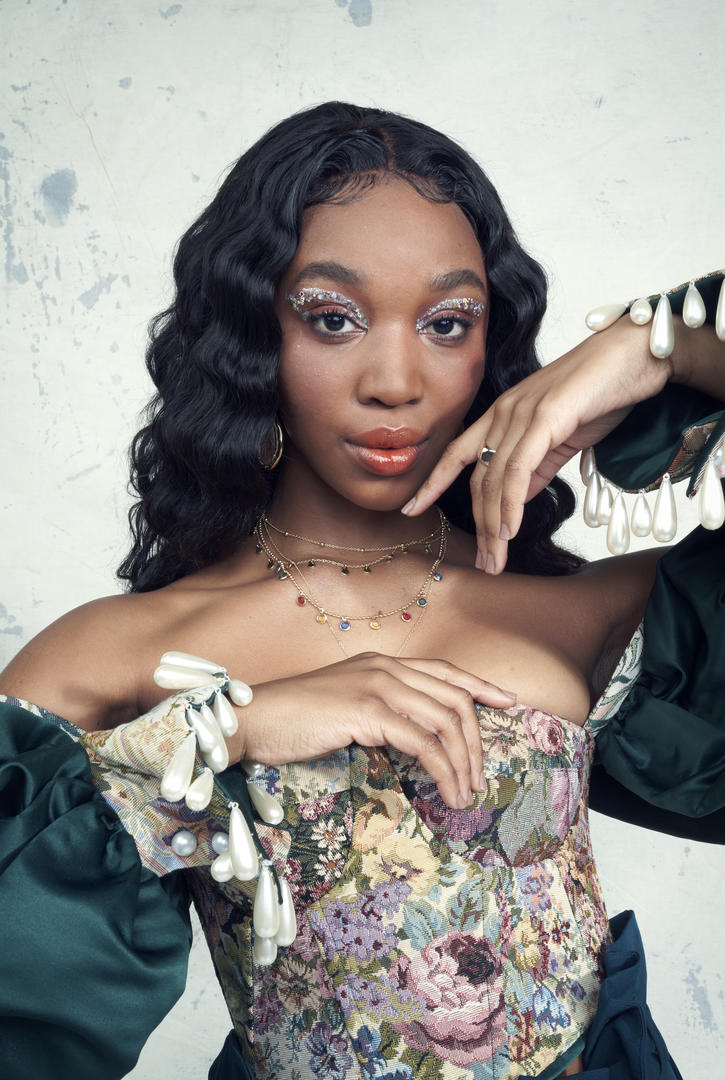 Khosi: The casts, we really got to know each other better this time around. We were all in a bubble during filming so we spent a lot of time together, I got to know my castmates better. New castmates as well that got to make friends with. So yea, lots of friendships forming.

What does joining this season of “Blood & Water” mean to you as a new cast?

Leroy: Honestly, it’s been the best experience of my life. “Blood & Water” is a major production, it’s on Netflix and Netflix is the leading streaming platform globally. They have over 209 million subscribers in 190 countries, so that is quite huge.

Literally, any artist or actor who is starting off dreams to one day be on a platform like that, where they can showcase their talent to the whole world and on a show that’s great as well. Which has a great script, a great storyline and some amazing actors. I’m just honestly grateful to God for the opportunity. 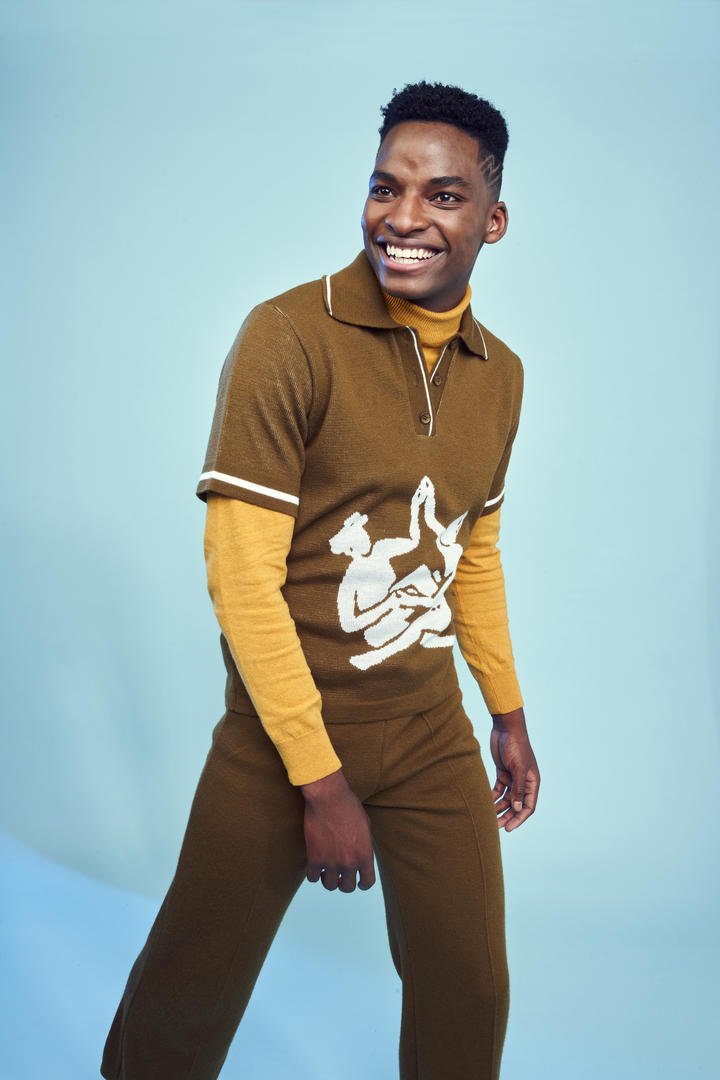 What was the highlight of filming this series?

Leroy: There’s so much that I took from it. There were many highlights. Just the fact that I’m working with so many talented individuals and experienced actors. I was constantly learning throughout the whole filming journey so I’m really grateful that I had that opportunity. It was really fun, every single bit of it. Even the long nights, the early mornings, were all really fun. 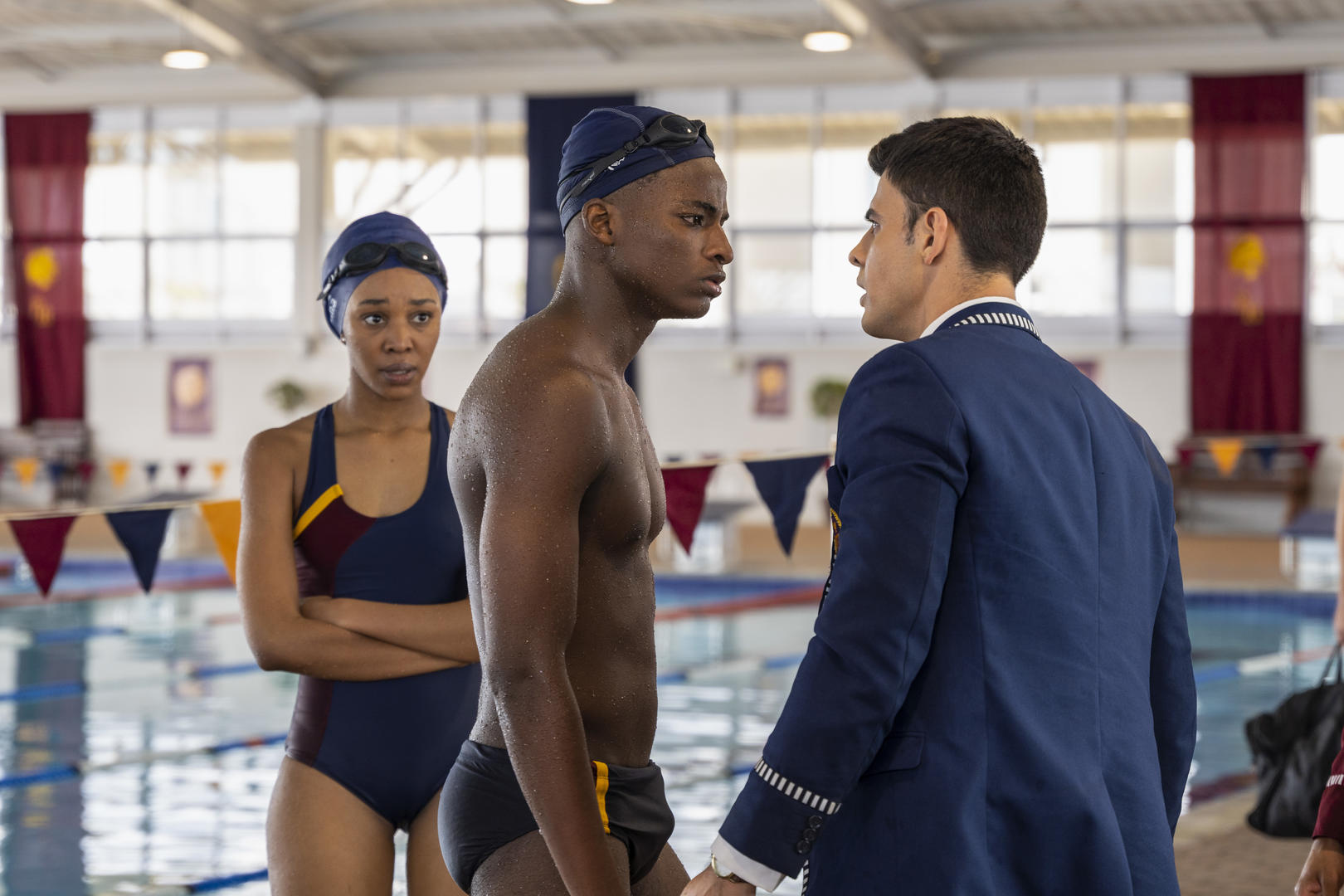 What is Sam bringing to “Blood & Water” season 2?

Tell us about what the preparation process for your character Zama was like?

Cindy: It’s a very interesting process. For me, with regards to season two, I had to rewatch season one. I had to sit with my script and just read through everything quite a few times. Also, I think I got a lot of help from my director Nosipho because she held my hand.

Whenever she felt like I was not giving it, I was not Zama and I was not on her energy level, she used to tell me, “girl, you need to give me some more. It’s somewhere in there so please just bring it.”

I got help from Nosipho, reading and just rewatching season one… it was interesting. It took a lot to get to her energy level but it was fun. 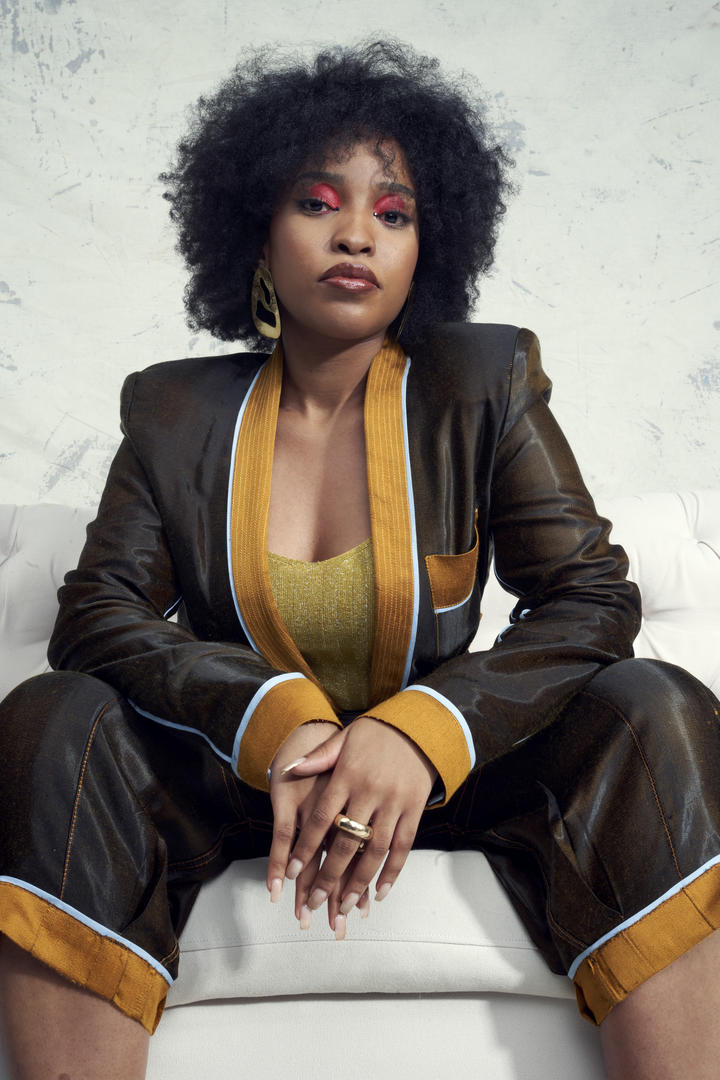 What favourite scenes should we look out for?

Cindy: When they actually find out the truth!

How was your character’s preparation process for this season different from the first?

Ama: What I usually do is create a character bible. After reading the script, I’ll map out like a journey from beginning to the middle, and then to the end. We don’t always shoot chronologically, sometimes we shoot one episode and then we skip to the next episode. The character Bible always gives me an idea of where she is in her journey at that moment so I wouldn’t have to read back and find out. 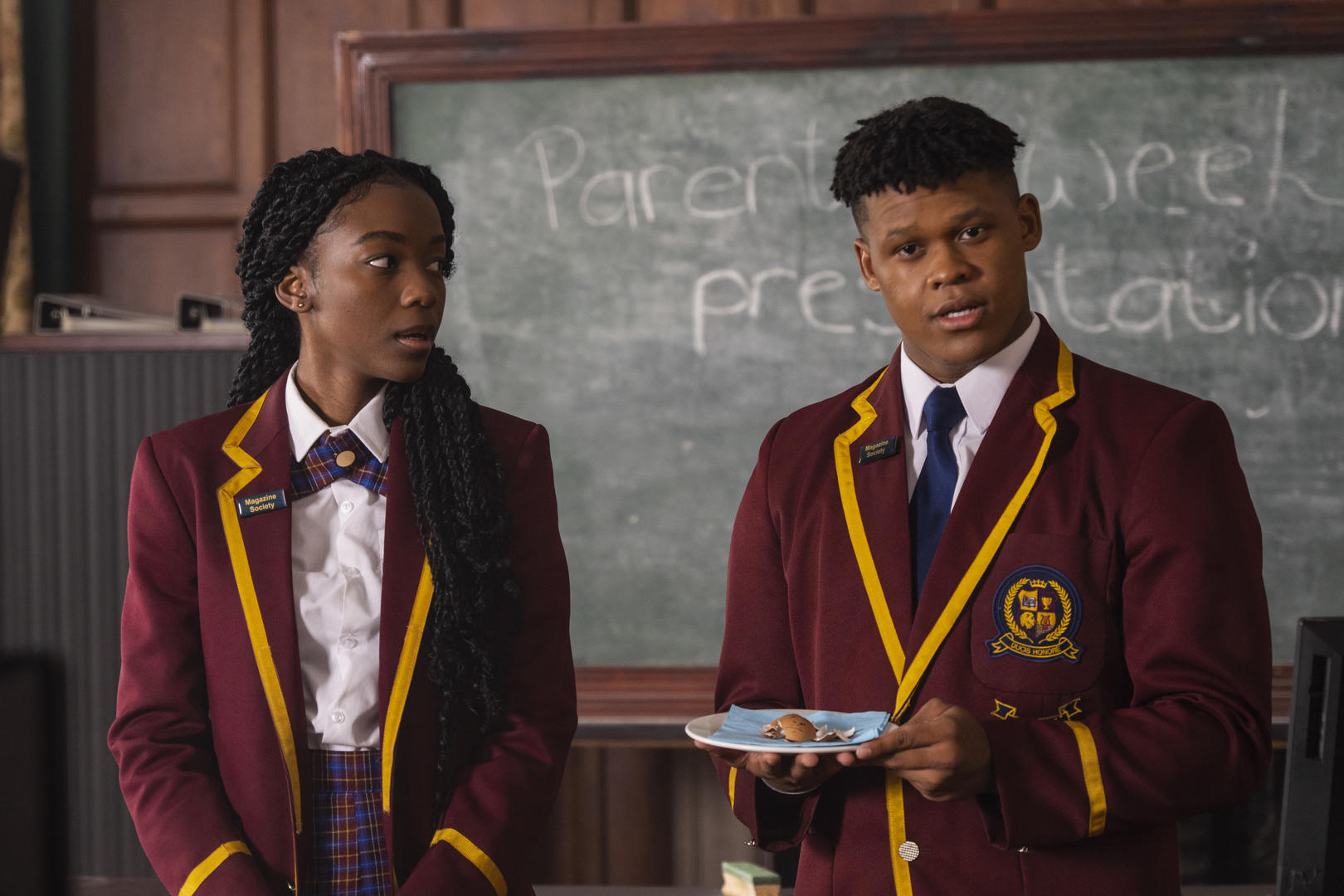 But when we’re on set and we’re about to shoot a scene, I always try and stay true to the notes that I’ve written because I understand the story, I understand what’s going on. So it’s all about playing with the moments when you’re reading a scene.

Something I’ve learnt especially with this season is that there’s so much beauty that gets created when you just play, have fun, allow yourself to get immersed in the work and not to be hard on yourself or try to look a certain way. This season, I definitely learned to have fun and just play around.

What made filming this season of “Blood & Water” challenging?

Dillon: It’s very hard to find something challenging just based on how much fun I had and how easy the process of playing Wade and the process of getting back into doing season two was. But I think something that was out of my control was the pandemic. That could have potentially been the only challenging thing. 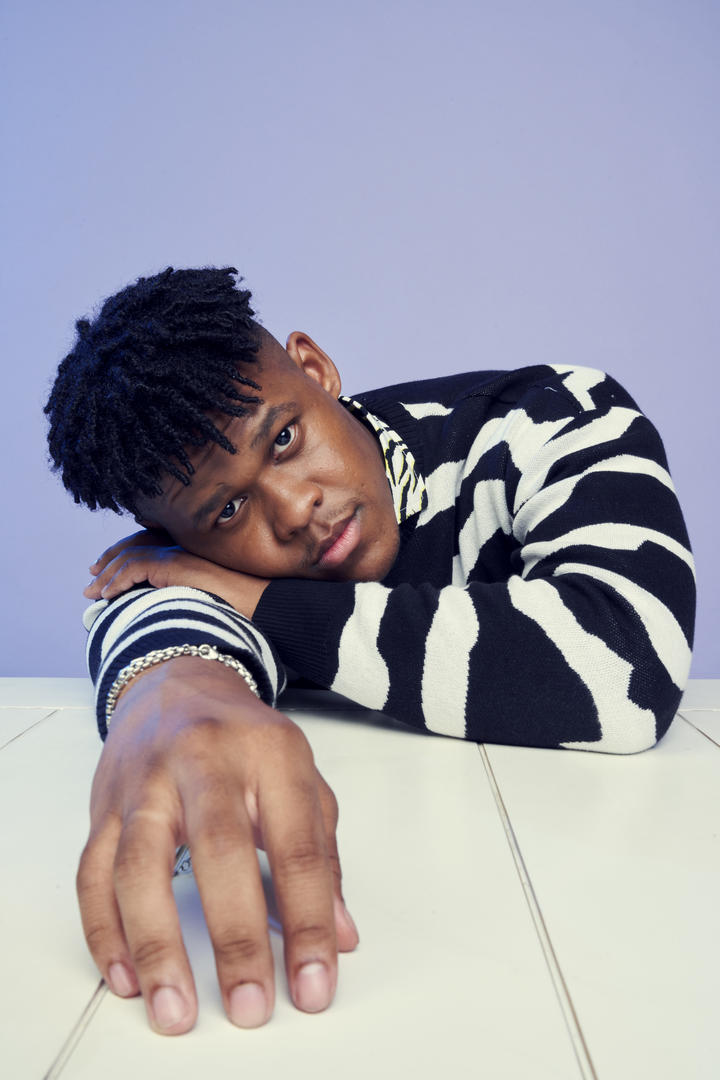 Especially, you want to be extra cautious. The cast and crew production company Netflix was always taking every measure that they could to make sure everybody was safe, which prolonged the shooting of the series… which I didn’t mind. But the thing that was out of my control that might be considered challenging was definitely the pandemic. 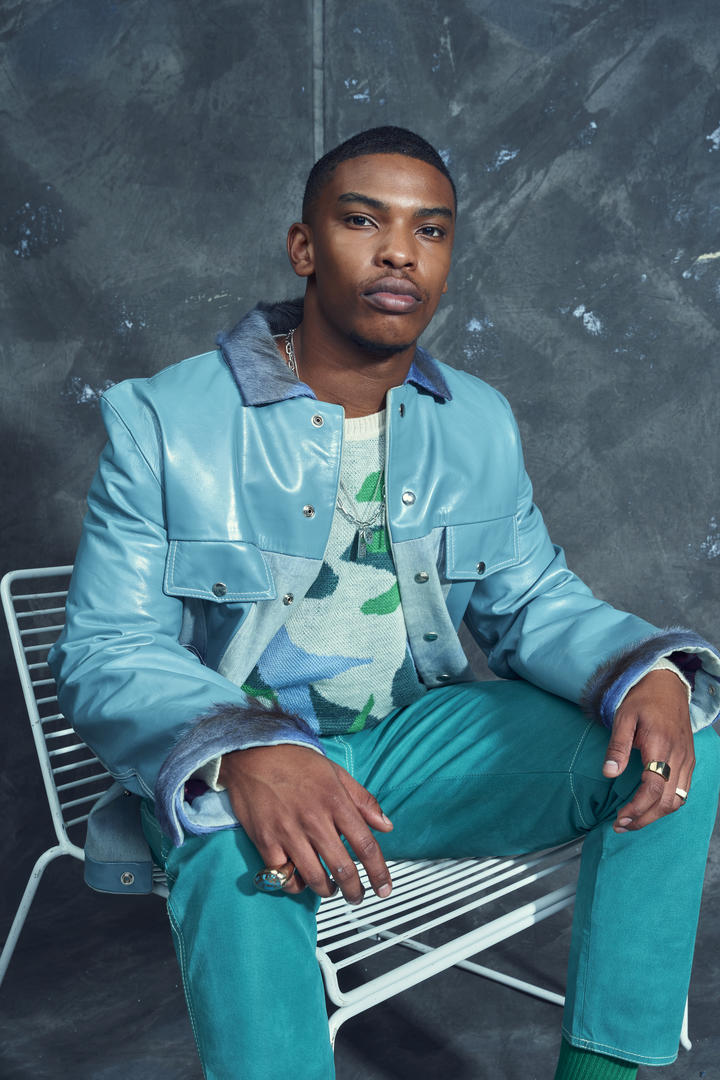 What was the most interesting thing about filming the series?

Thabang: I’d have to say, seeing how the art department would pull through for every scene, set up and have it decorated the way it was, with practically every scene. That was mind-blowing for me, how they pulled that off all the time, from house parties to school events. 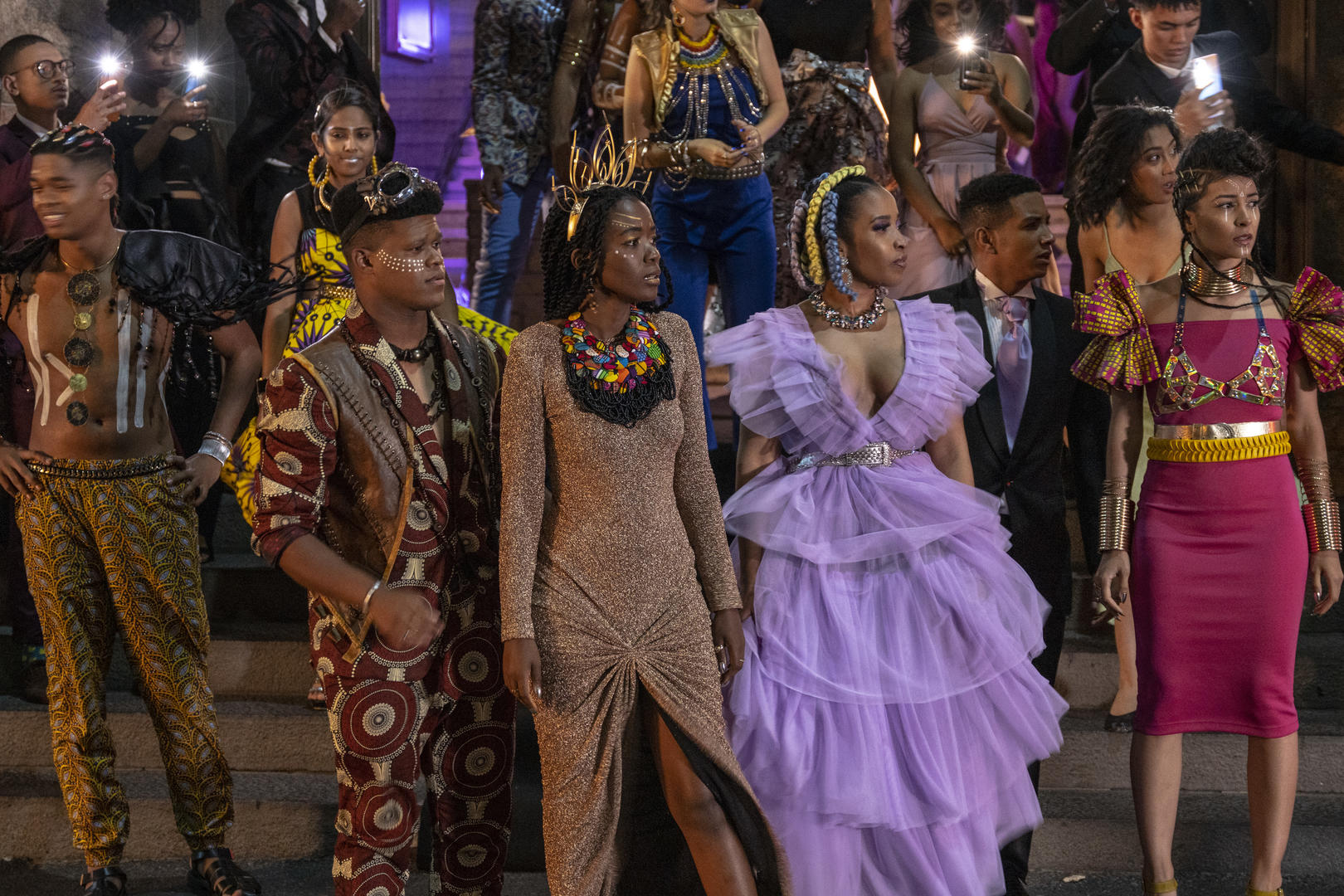 While Khosi, Lorey and Cindy take us behind the scenes and tell us who slept the most, ate the most, was the most reserved and the director’s favourite on set, Ama, Dillon and Thabang each describe their characters in three words and this leads to a real-life Puleng-KB-Wade banter.

You don’t want to miss it:

Watch to find out some fun behind the scene moments amongst other fascinating details.