Even at the Age of 86, This Cultural Icon Has No Plans to Retire From Painting 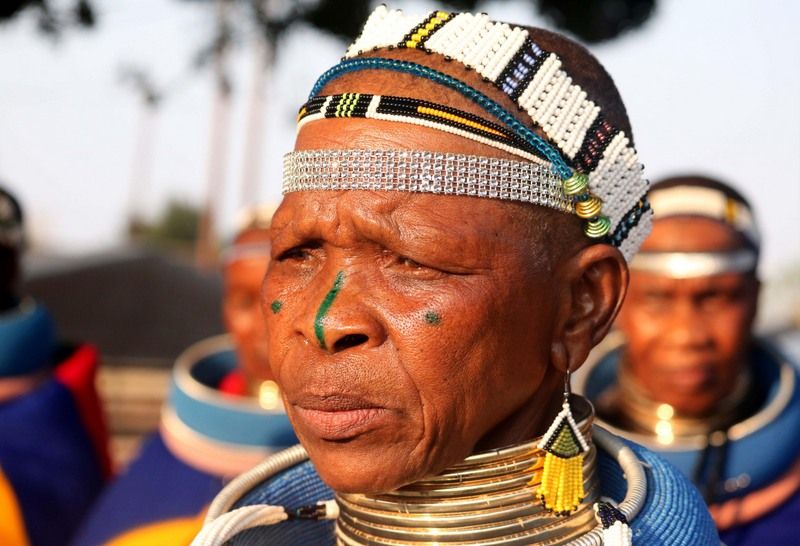 An African icon, Esther Mahlangu ensures the traditions of her culture are recognised worldwide. Now she is passing her knowledge on to new generations.

The woman whose works of art feature in the collections of the rich and famous, including Oprah Winfrey and John Legend, who has an honorary doctorate and who is connected with high-end brands like BMW, Rolls Royce and British Airways, is lying on her stomach, bare-footed, outside her traditional style home when I meet her. She’s creating lines on a canvass, using traditional paint made from cow dung. The lines she’s painting are meticulous, executed with a feather for a brush.

“l remember my peers used to laugh at me because l couldn’t paint. l would go on for days trying to straighten my lines, then,” she jokes. The 86-year-old who has travelled the world and been feted by royalty is determined to continue living the traditional life of a Ndebele woman – a lifestyle she was taught as a child and which she has helped her society retain through the fame of her Ndebele patterned art. 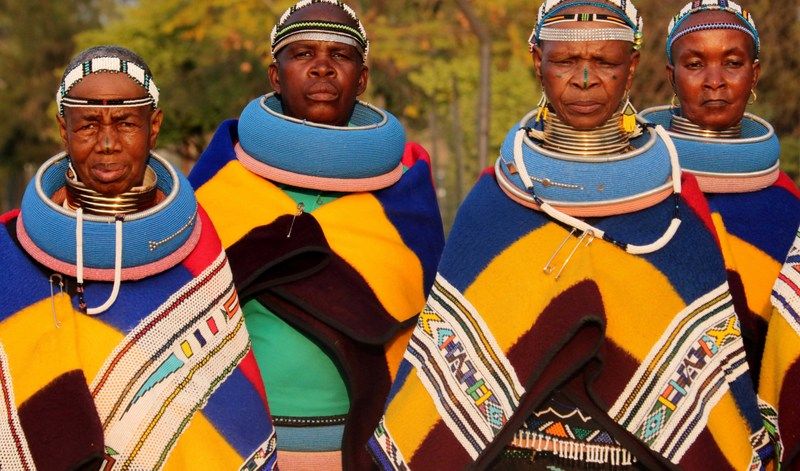 “To be born a woman in the Ndebele tribe is very hard because you have to learn many things. l learnt painting and beading at a very tender age, taught by my mother and grandmother…. l spent most time of my teenage time trying to perfect my craft. Learning how to paint my own house when l get married was my biggest dream,” Mahlangu said.

Born in 1935 on a farm near Middelburg in Mpumalanga, South Africa, Mahlangu started painting traditional Ndebele designs when she was just 10. Since then, she has taken her art from a rural village in Mpumalanga to far-flung places across the globe, making a name for herself in the process. 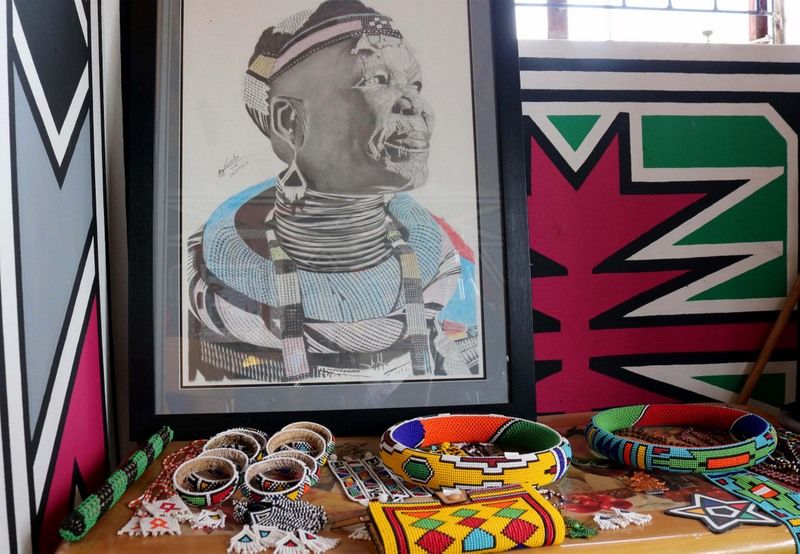 Mahlangu now lives in the little town of Mthambothini, in the province of Mpumalanga, in the cultural heartland of the KwaNdebele. It would be impossible to miss; from the entrance, one sees the trademark, traditionally-painted geometric designs of Ndebele homesteads, their geometric shapes often inspired by intricately fashioned beadwork. 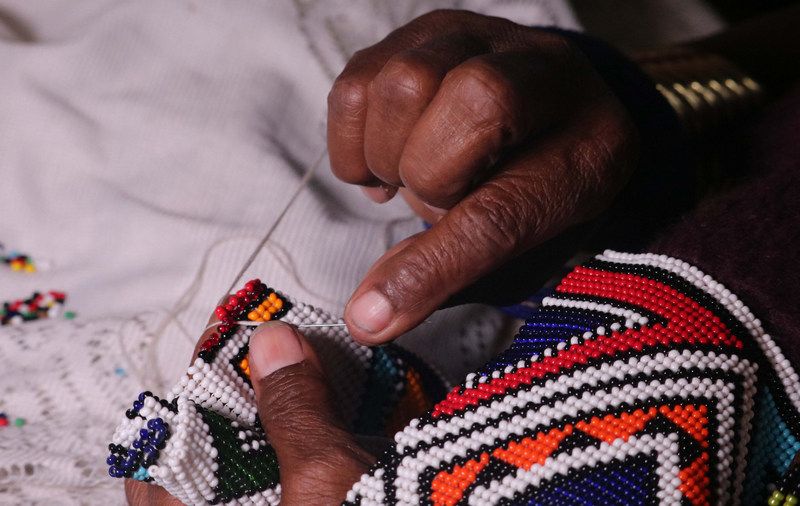 My first stop was a tour of the glowing murals. Here l witnessed the Ndebele art at its purest, the beaded aprons of the little girls, the glowing colours of blankets and beadwork and colourful mural paintings hanging on the walls.

Mahlangu was the first African artist commissioned to paint a BMW Art car and has since partnered with upmarket brands like Rolls-Royce and British Airways, and her work is also in collections of celebrities like John Legend, Ophrah Winfrey and many others. 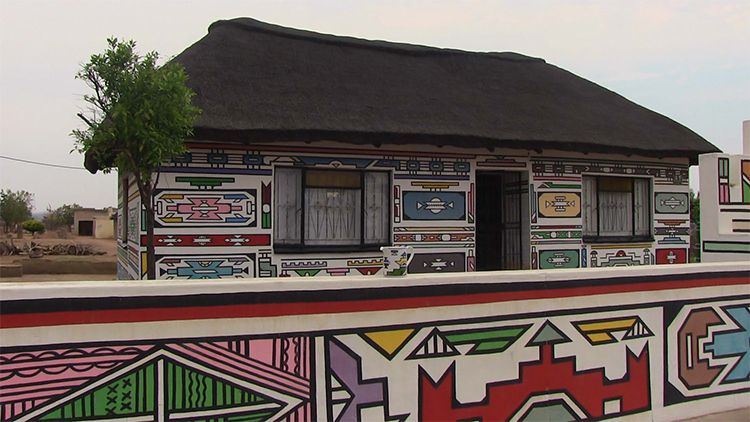 “How did this journey begin?” l asked. As a teenager, Mahlangu became an expert in executing the traditional Ndebele art of wall painting, traditionally only done by women and on special occasions.

People often ask if she starts with preliminary drawings before she puts them out there on the canvass. The answer is a resounding “no”. “These designs are just my thoughts, expression of myself through art. When l started l did not know one-day l will go overseas, it was just for my pride as a woman,” she explained. Despite her fame, Mahlangu is a person of great humility as well as humour. 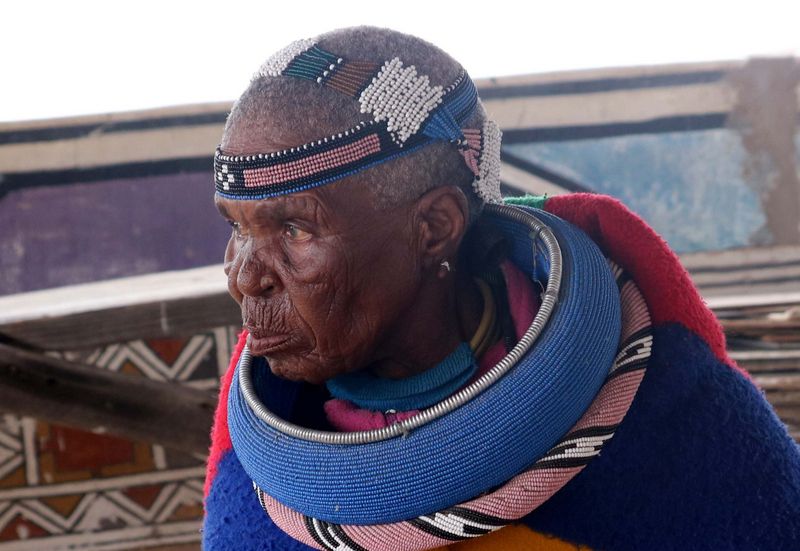 “Who is Dr Esther Mahlangu” ? l asked. “It’s me ” she joked. While we chatted, the view through the window was enchanting.

Dazzling murals embellished the walls of the village’s Roman Catholic church and just a few metres away, on the house of the late Fransina Ndimande, were phenomenal patterns that have leapt to global prominence. The bright works of art continue to articulate the Ndebele ethnic identity in a world that had begun to shed many local cultural identities by the time of Mahlangu’s early adulthood.

In many ways, the international attention garnered by Mahlangu’s artworks has helped not only to keep her Ndebele culture alive but has also helped cast a spotlight back onto other cultural identities, worldwide. In part, the recognition of her artwork has been a recognition of her importance to ancient cultures. Mahlangu’s travels brought her face to face with those diverse cultures, sometimes with humorous results. 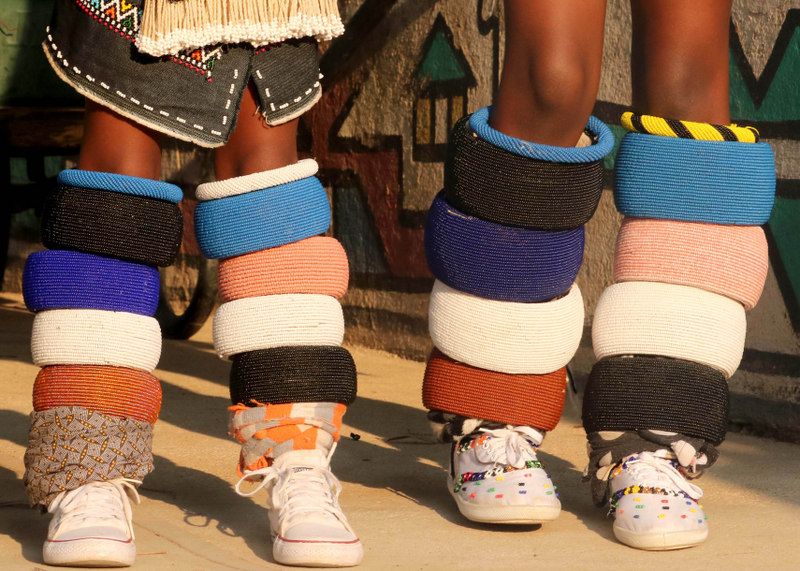 Mahlangu pointed to a photograph on the far left of where l was sitting, fondly narrating the story of the day on which it was taken. It was during her visit to Japan, where she descended from the plane barefooted, scandalizing her Japanese hosts who insisted she could not go about barefooted, as it was raining.

Mahlangu’s work has inspired many other South Africans, like Sophie Nonsinki Mahlangu (not related) who have dedicated their lives to the development of traditional painting. “Our art has evolved from generation to generation. l learnt this beading and painting from my mother – and seeing Esther’s work – and since then l have not looked back,” explained Nonsinki Mahlangu.

While there is now space for Ndebele artists to further develop the style, Mahlangu said that the sense of tradition is something that new generations of artists should not lose sight of. 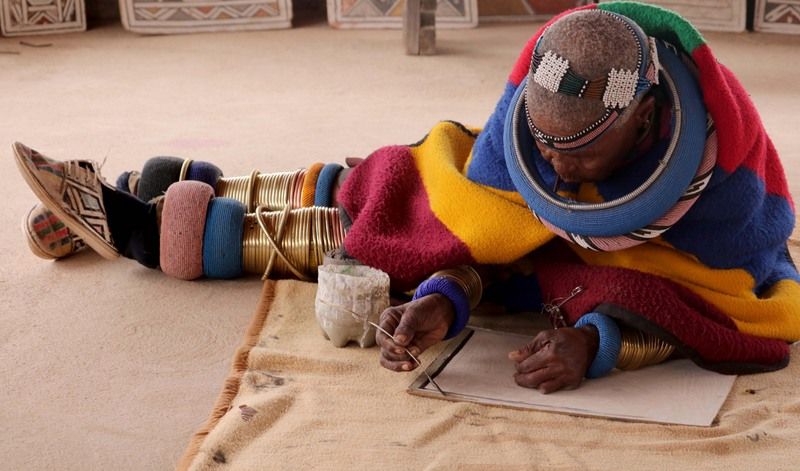 25-year-old Nkosazana (Princess) Mbali Mahlangu from the Nzunza royal family, a royal house of the KwaNdebele, is one member of the younger generation who has embraced this legacy. “l love my culture because there are so many areas to it, it’s like a mirror you can see it from all different angles. l love the fact that throughout the ages, we have been able to keep the level of integrity of our culture. l have lived in different places of South Africa and as Ndebele people, we have remained true to our culture,” she said. 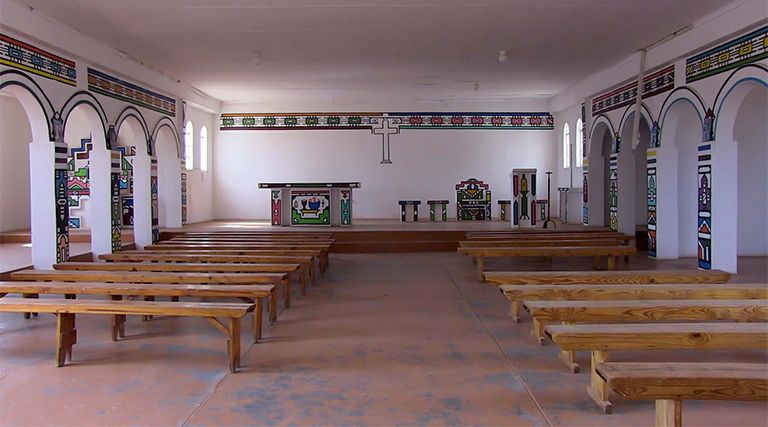 Mahlangu has now founded a school where young girls and women from the local community are taught to paint traditionally. “l am teaching them and l love doing that. This is my way of passing the knowledge to next generations to come,” she said.

Related Topics:BirdEsther Mahlangu
Up Next