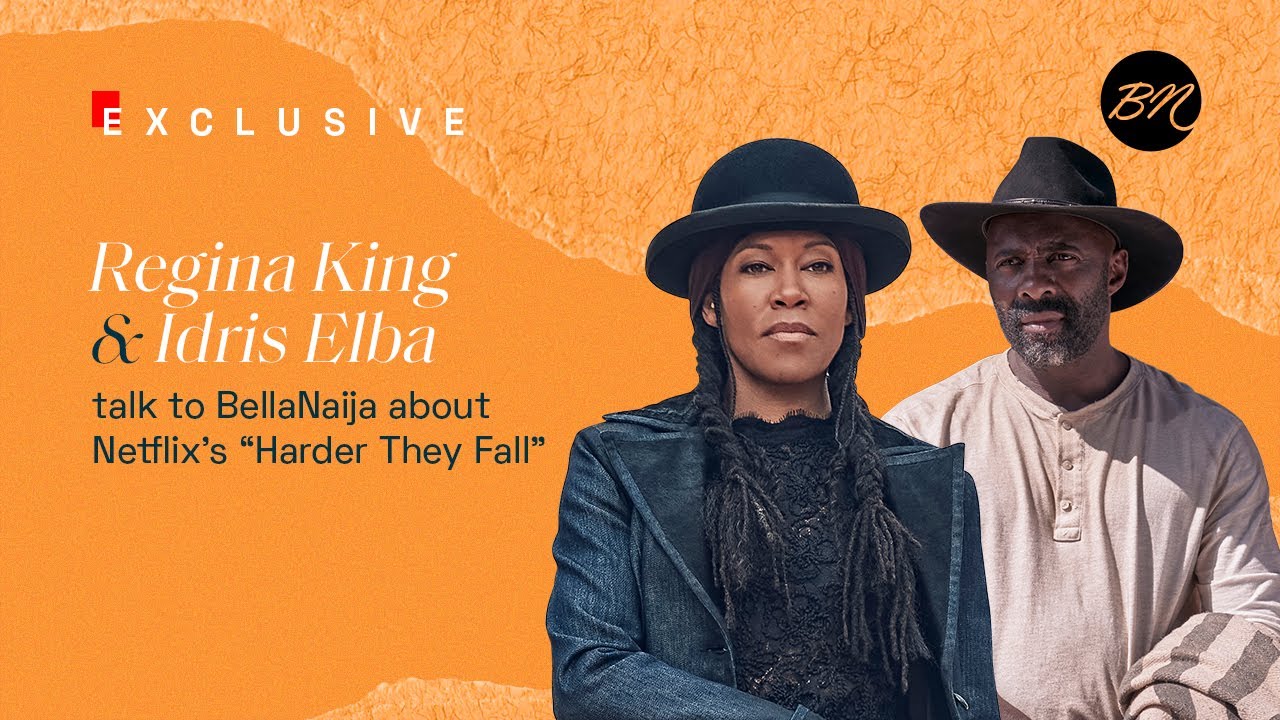 Idris Elba and Regina King put their knowledge of their roles in “The Harder They Fall” to the test in this ultimate exclusive Q & A with BellaNaija‘s Damilola Olatunji.

The Hollywood actors also speak about the reason they accepted their roles and the preparation process of taking them on.

“I’m not the hugest fan of westerns but my agent said that this guy… something’s really interesting and he’s got something, so I read the scripts. I’m a fan of supporting people that are on their firsts, and Jeymes, this was his first,” Regina explains the reason she accepted to play Trudy and to work with the movie’s director Jeymes Samuel.

His excitement and clarity in which he wanted to capture the story was just contagious. He picked up his guitar and played one of the songs he had already written.. and he just painted a picture of a “western” that I had never seen before. Idris was attached at the time and it was going to be an opportunity to work with him again so I was in.

Jeymes is the type of person, if you have not gotten a chance to meet him, that can sell you a pair of shoes two sizes too small.

Idris described the preparation process to become Rufus as an internal one that involved giving himself an understanding of who the characters are in this version of the story. In his words, “Getting rid of Idris stuff and bringing in some Rufus stuff”.

Rufus Buck is a real character but I wasn’t playing that guy, I was playing Jeymes’ interpretation of him. I had to just really understand that. My preparation was about how he speak, how he moved, his mentality, what his demeanour was like in the room.

These are things that actors always have to think about alongside preparing. We had to learn how to shoot guns, horses, stuff like that. For me, that process was an internal one. I wanted to play a character that looked formidable. It’s a very complex one but at the same time, I wanted him to be flexible. He’s the bad guy in the film but I wanted people to almost root for him by the end.

Watch the exclusive interview below: