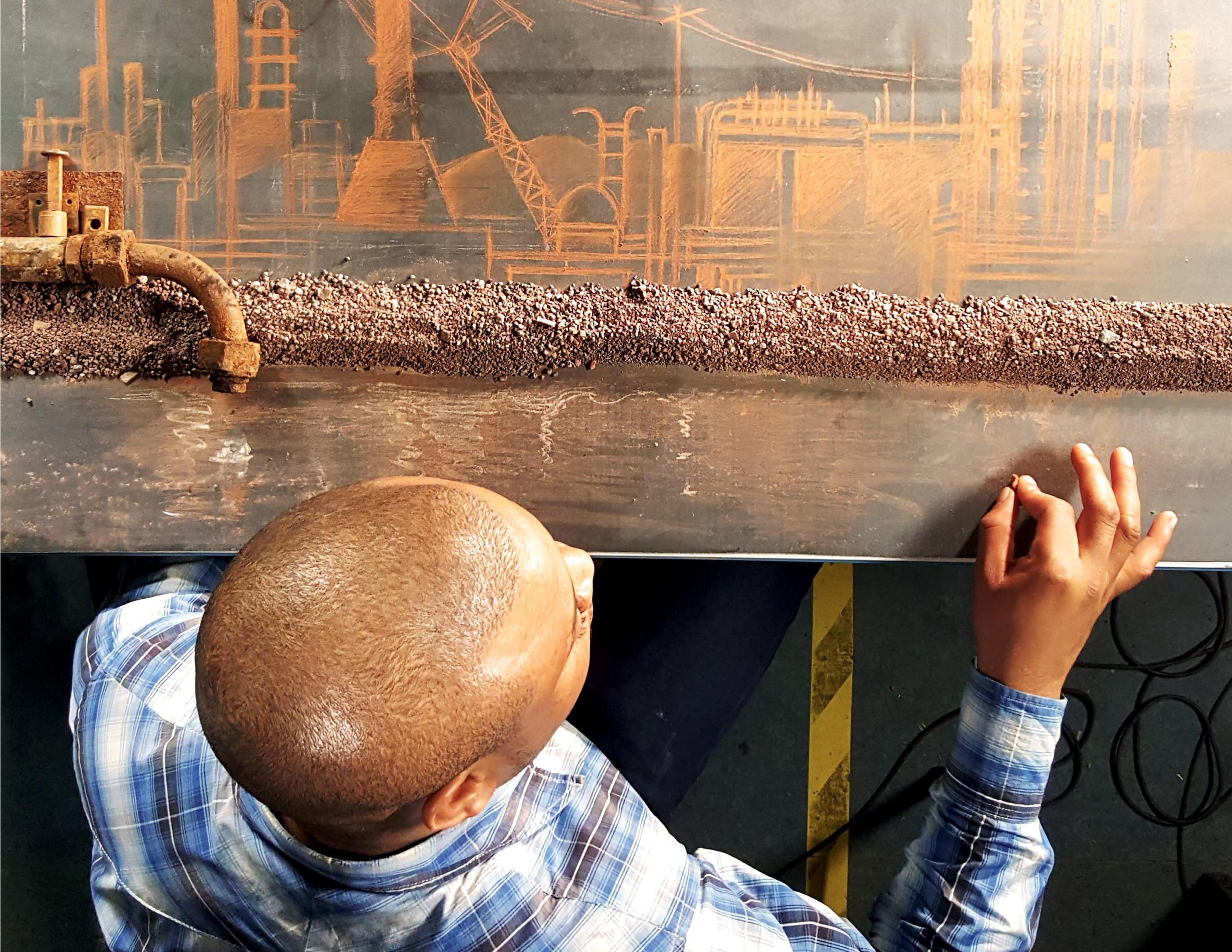 Lubumbashi, in the southern Democratic Republic of Congo (DRC), is known for its minerals, its football team, a local businessman and an attempt at secession. Cartoons were not on the list. That is until two young cartoonists decided to use their art to expose how mineral exploitation is sickening their world.

Frank Mukunday and his fellow cartoonist, who insists on going only by his pen name, “Tetshim“, spent two years in a labour of love: building an animated film from scratch, using their pencils, a recording device, some recycled items, and divine intervention.

“We use the classic materials used in the production of comics, plus prayers and salvaged items,” explained Mukunday.

Mukunday and “Tetshim” developed their cartooning skills at home, the two of them working at it since they were teenagers. They produced their first cartoon, in Lubumbashi, in 2009.

For those not in the know, Lubumbashi is a key city as the centre of the massive “copper belt” extending into Zambia. The football team is the incredibly successful TP Mazembe, and the businessman (who has presidential ambitions too and happens to also own TP Mazambe) is Mose Katumbi. And the cartoon? Well, the cartoon is called “Machini.” That means “machine” and it is taking on not only pollution caused by the extractive industry but also beneficiaries of those extraction-the companies that make electric cars and mobile phones.

“We have produced three animated films so far. The latest, Machini, has been featured in more than 100 festivals around the world.

“Our films are generally well-received. We use original material. That does not go unnoticed in the world of animation, “Mukunday said via Whatsapp.

Mukunday is referring to the painstakingly drawn rocks that form the central characters in Machini. Hand-drawn in pencil, the rocks reveal the consequences of the exploitation of minerals and pollution in the DRC and Lubumbashi in particular. They also denounce electric cars, which they blame for much of the environmental degradation and airborne pollution in the area where they grew up.

Lubumbashi is often referred to as the “second city” of the Democratic Republic of Congo, after Kinshasa. It is the headquarters of large Congolese mining companies, including Gécamines (GCM), Ruashi Mining, Tenke Fungurume Mining (TFM) and Société de Traitement du Terril de Lubumbashi (STL). Shaba was the capital of the province of Katanga (Shaba, under the reign of President Mobutu Seso-Seku), until 2015 when the provinces were divided. It has since become the capital of the province of Haut-Katanga.

The cartoon specifically describes the illegal exploitation of minerals in the region, especially cobalt.

The starting point for the cartoon is the rivers that surround Lubumbashi, whose waters have practically changed colour thanks to mine-related pollution. Mining companies have been criticised for dumping their discharge into the rivers. It is this degradation of the local ecological systems that Mukunday and Tetshim decided to speak about, “out loud.” Their platform, Machini, looks at how cobalt extraction contributes to the destruction of the ecosystem in terms of health, including birth deformities and the impacts on pregnant women. It also looks at how the DRC’s inability to manage its resources efficiently and effectively leads to the illegal exploitation of cobalt and lithium.

The characters of the stones drawn by these two artists express the life of distress of the Congolese. In the animation, the atmosphere is totally polluted, which leads to water-borne diseases. The chimneys of some mining companies emit suffocating, toxic smoke, and the population suffers from lung disease. Machini presents a mining town where workers’ individuality goes unrecognised to such an extent that they are comparable to machines; they work without rest.

There is one major difference between the cartoon created by these two eco-warriors and the reality of Lubumbashi. Where the cartoon depicts citizens as helpless witnesses to the degradation of their daily lives, in reality, some people are actively responding and taking agency. “Tetshim” and Mukunday themselves are proof of that.