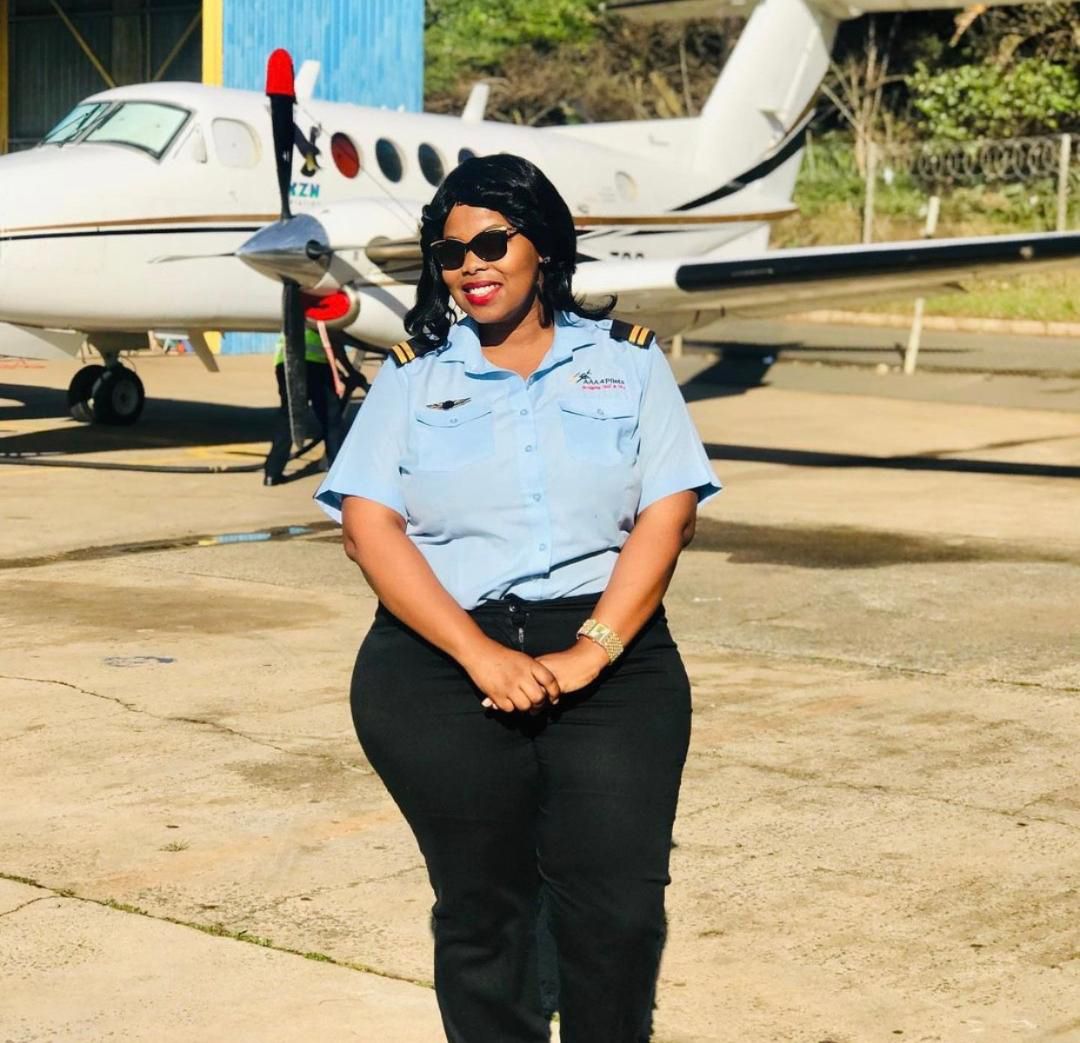 In April 2020, Setsembele Siphumelele Hlanze decided she’d had enough. She’d been waiting for the world to “restart” after the early COVID-19 lockdowns, but that wasn’t happening. The young pilot had put years of her life into training for a career that seemed to vanish overnight. Now, she needed a new plan.

“Everything came to a halt. I had my last flight as a pilot early in 2020. A lot of companies went bankrupt, and borders and airports were completely shut down, “Hlanze said.

Rather than continue hanging around her parents’ home in Manzini waiting for the economy to fire up again, Hlanze went on the hunt for new opportunities. “At first, I nursed false hopes that things would fully return to normal, but heck, who was I kidding?” asked the 32-year-old. “It was still difficult to tell when we were going to get back, which made it difficult for companies to consider hiring; that is why I decided I couldn’t afford to rest.”

Childhood memories of a vegetable garden in Eswatini offered a solution, and in 2021, Hlanze rolled out her new venture as an entrepreneur. She would sell chopped vegetables and offer convenient meal solutions, especially for working women.

“I realised that many people work hard during the day, and it’s exhausting to come home at the end of the day to do everything in the kitchen. I thought, why not lift the burden? From there, the chopped vegetable business was born; I never looked back,” Hlanze explained. 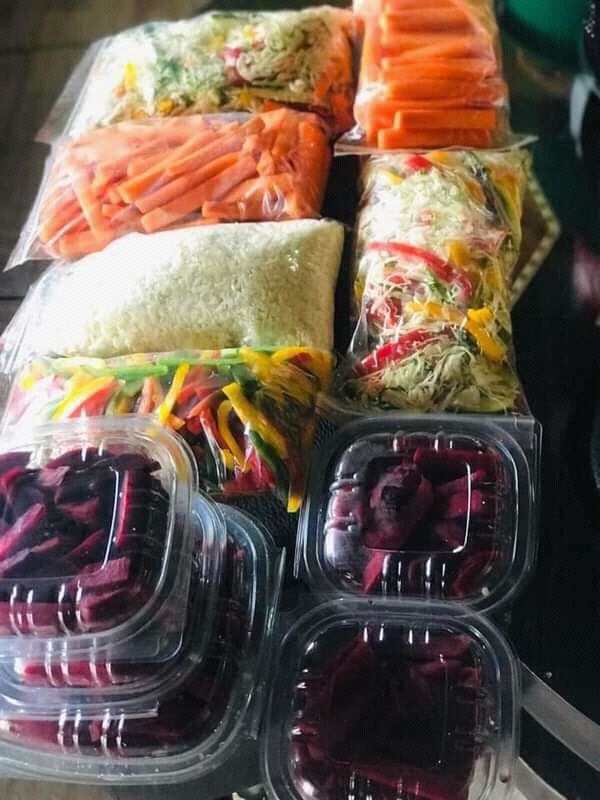 Hlanze is hardly the only airline industry employee to have pivoted to a new career due to COVID. But highly-trained pilots and air and ground crews are not all as entrepreneurial as Hlanze. Nor are they willing to switch professions. The certification process for a top airline pilot can take decades to achieve. Nevertheless, the massive impact of COVID lockdowns and travel restrictions has been felt far and wide, and many African airlines have suffered.

A June 14 liquidation hearing for Comair, a profitable bastion of South Africa’s air industry for decades, is just one indication of how far-reaching the impact of COVID has been. The company suspended its Kulula.com and British Airways flights (managed by Comair) in South Africa on May 31, due to insufficient funds. The company blamed COVID and sky-high fuel prices following Russia’s invasion of Ukraine.

A pilot from Kumasi, Ghana, named Emmanuel Adu Bonsu, who is 29 years old, said that the effects of the COVID pandemic were still being felt by veteran airline pilots, but that new pilot who just got their licences were not being hired.

He said pilots he knew had to resort to menial work to survive in Dubai. He put together and planned events as a side business to keep himself going.

Thom Lipita, a pilot from Malawi, thought that it wasn’t just pilots who were hurt, but also people who worked on the ground, air traffic controllers, engineers, and aircraft crew.

“Airlines around the world adjusted their operations to match the lower demand for air travel, resulting in many pilots being grounded or forced into early retirement,” he explained.

According to Lipita, pilots like himself who were in the process of upgrading their licences faced a nightmare. Training for upgrades can be hugely expensive and time-consuming, and the hours of training can expire if a training regime is not maintained. For many pilots, Hlanze included, it is not simply about resuming flying. Many will have to re-take examinations and get jobs as co-pilots before they can resume duties.

This is why Hlanze can now be found spending her mornings buying the fruits and vegetables needed for her new business from local farmers. While appreciating how far she has come as an entrepreneur, however, she still looks back at how much work she put in to become a pilot.

In 2009, when she enrolled at the Johannesburg School of Flying to become a pilot, she was optimistic about the future. Flying also opened new doors for her. While she was still pursuing her pilot training, in 2011, Hlanze was awarded a one-year scholarship to study Chinese in Taiwan.

After returning from Taiwan, she resumed pilot training at the Swaziland Aeronautical Academy before transferring to the AAA4 Pilots Flight School in Durban in 2014. She received her pilot’s licence in September 2015 and was subsequently exposed to flying different models of aircraft and obtained further flight ratings, including a night rating, an instrument rating, and a twin-engine rating. 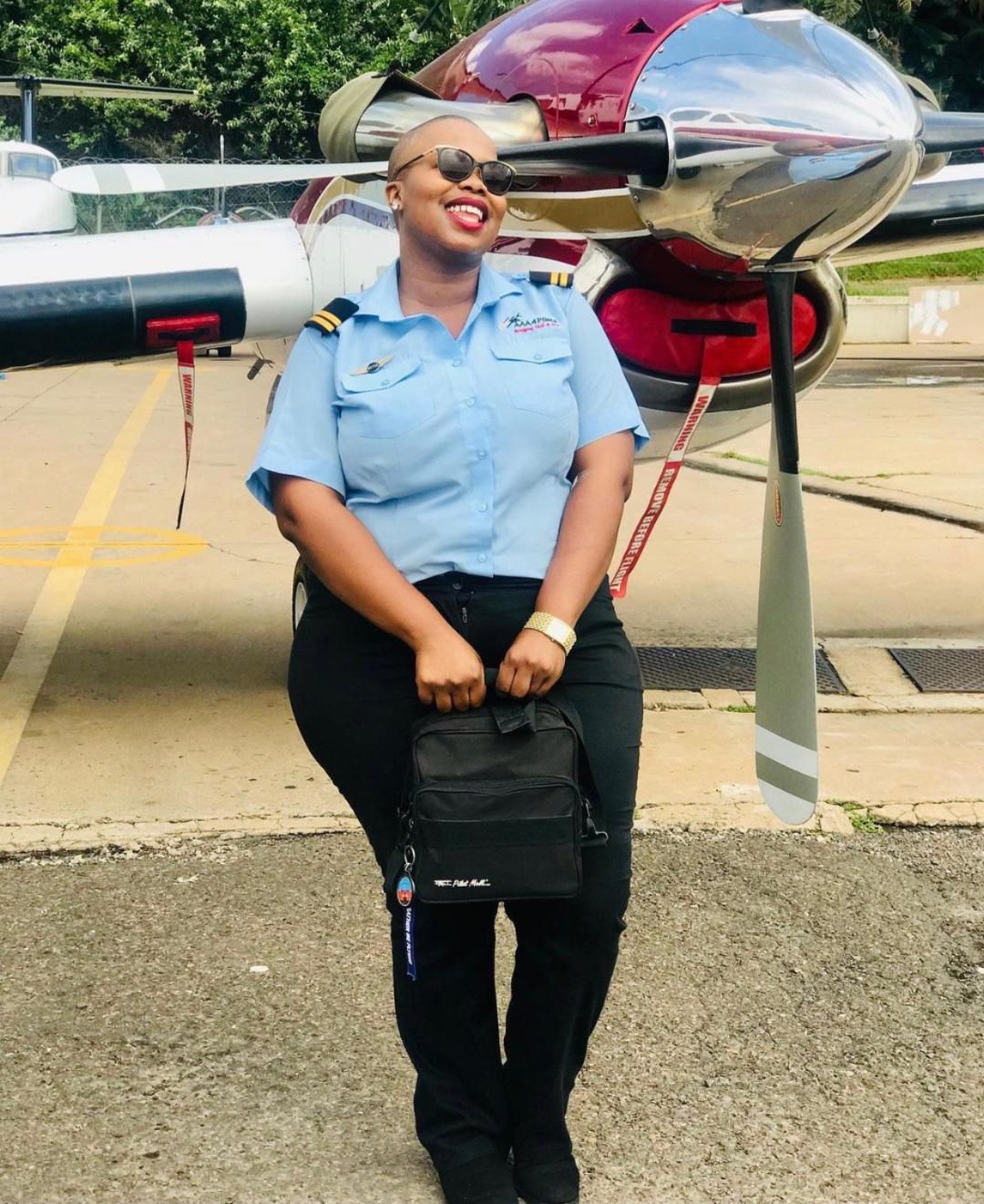 That is a lot of hard work to walk away from. On the other hand, she has made enough profit from her new hustle to maintain herself and she doesn’t want to lose her new skills, either.

Among the successes that have kept Hlanze going with her new business is supplying events like the annual Standard Bank Luju Food and Lifestyle Festival. Her dedication to time-keeping and quality has also earned her a good name among private customers.

Nothemba Mdluli is a working mother with two young sons who works in the capital, Mbabane, a 45-minute drive from where she lives. is one appreciative customer.

“I work in a finance and accounting environment, which in most cases, demands are very demanding. I still have to cook for my family and ensure that food is served before the little one falls asleep,” Mdluli explained.

“It’s not just the money but also good time management to chop and deliver on time. Acquiring the right kind of equipment for chopping makes it a lot easier to ensure that your work is neat and professional, “Hlanze said.

“I also bake, specifically scones and biscuits, which I also supply to households for funerals and celebrations. It’s a good business. People need fresh and tasty baked goods every day.“

The pandemic has resulted in pivots for thousands of professionals and local food industries have often been seen as an opportunity-a fact not lost on Lwazi Mamba, the Executive Director of the Eswatini National Agricultural Union (ESNAU). Mamba says that the pandemic has opened up a lot of agribusiness opportunities that young people can take advantage of, whether they have studied agriculture in school or not.

“We have observed that as a country, we import more than we produce, and hence, we need business people who will help us produce enough to feed ourselves as a country and export. Apart from staple foods, there are also agricultural commodity goods, “he says.

Hlanze said it would cost her the equivalent of 1,000 US dollars and some hard work to get recertified and back in the sky. She may well go for it… but is unlikely to lay off her new “other” hustle even if she does fly again.

Hlanze’s advice to others who lost jobs during the peak of the pandemic is not to wait for a big break to come their way but rather, as she put it, “be that big break.”

“Invest time on social media to try to see how people make money and, in that way, get ideas to empower yourself and get started. Be more active, especially on Facebook and Instagram, because that’s where your great market lies. Be willing to start small, learn and grow through the process,” she said.

#BBNaijaShineYaEye Reunion: Tega addresses her marital status and her relationship with Boma in Episode 11