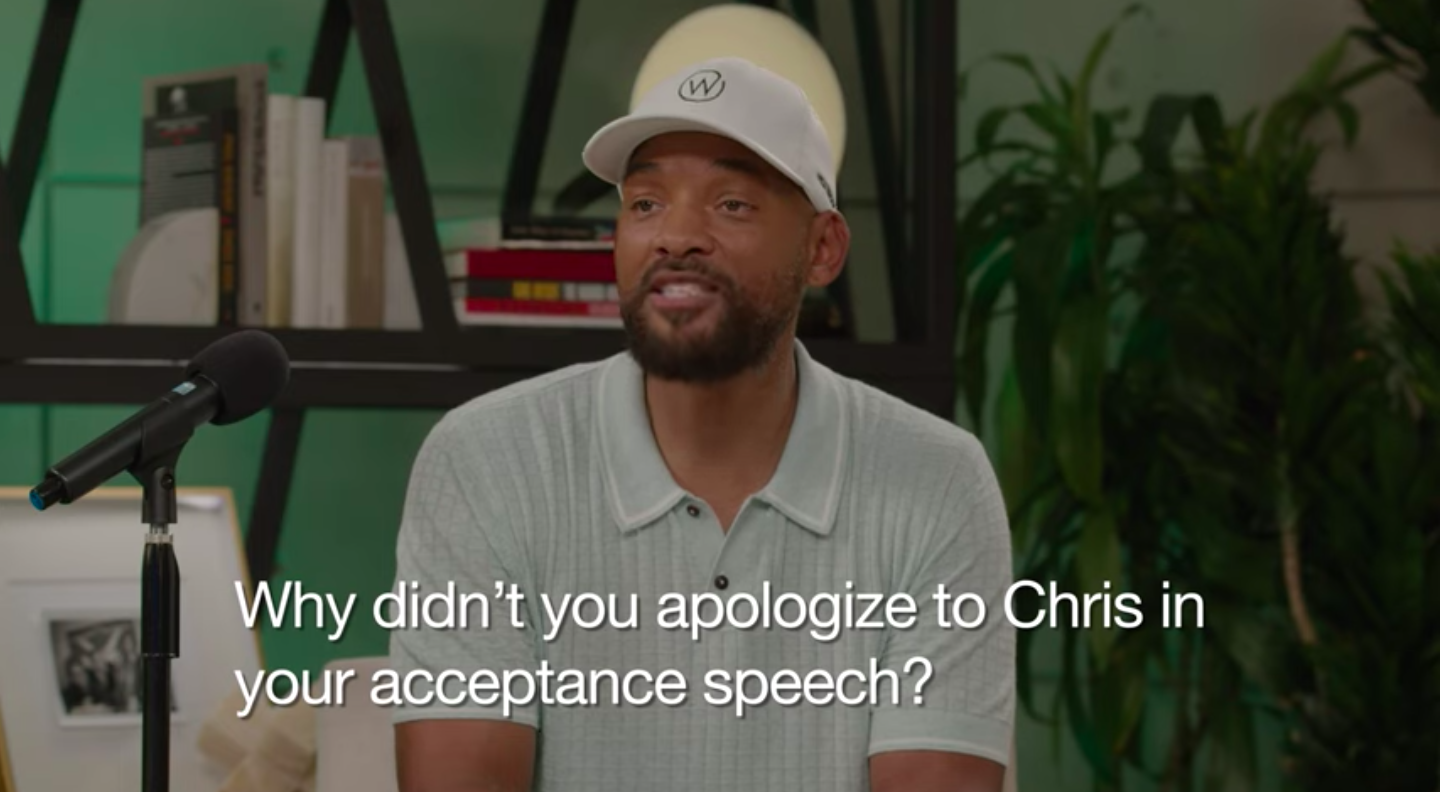 Will Smith has finally addressed the altercation he had with Chris Rock at the 2022 Oscars and the present situation between the two parties.

The “King Richard” actor caused a stir at the event when he hit Chris Rock onstage after he made a joke about his wife Jada Pinkett Smith‘s appearance.

He shared a video entitled “It’s been a minute…,” on YouTube, Instagram and Facebook, addressing the matter directly. Answering questions that were posed to him, the first question raised was about why he didn’t apologize to Chris Rock in his Oscars acceptance speech for Best Actor. He answered, “I was fogged out by that point. It’s all fuzzy.”

I’ve reached out to Chris and the message that came back is that he’s not ready to talk, and when he is he will reach out. So I will say to you, Chris, I apologize to you. My behaviour was unacceptable, and I’m here whenever you’re ready to talk.

Will Smith also apologised to Chris’ mum, Rosalie “Rose” Rock, referring to an interview she gave after the Oscars saga in which she said that when Chris Rock was hit on stage, she felt slapped as well.

He went on to say that he has spent the last three months “replaying and understanding the nuances and the complexities of what happened in that moment” and while he says he won’t unpack all of that now, he says that there is no part of him that thinks it was “the right way to behave”.

#BNxBBNaija7: A Summary of Week 1 in the Level Up House | First Entry, Diary Sessions & Potential Ships