Hey people,
So the ThisDay Concert took place on Sunday (basically all-day), it was actually supposed to be a ‘2 Day Event’ but some last minute glitches led them to move the whole thing to Sunday.
The biggest news from the concert is that Kelly Rowland fainted/collapsed, awww I feel bad for her but her publicist has used the illness to promote her to no end! All news outlets promptly received a press release…I hope it helps her shift more units of her new album! I love Kelly tho so I hope she is feeling better, apparently she was suffering from dehydration…
Heard the concert was good but it didn’t quite have the ‘oomph’ and novelty factor that last year’s event had. I guess last year, they had bigger stars like Bee, Jay, Snoop etc…
Check out the photos below and I’ll add more later…. 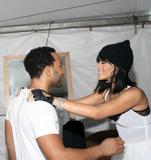 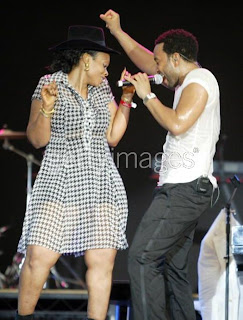 THE CROWD (Molly, I see u lol)

See Johnny dancing with a female fan, apparently the dancing got really steamy and she got a peck as well…Caption it!
Let us know what u think and give us your concert tidbits.
Ayoola attended the event and you can see her account of things – HERE
Diddy, Ne-yo and other Nigerian artistes also performed, I am working on getting the photos.
You can see the Kelly Rowland ‘fainting video’ HERE…wow, that was scary, glad she’s ok now.