BN Prose is one of features from the Bella Naija blog that we are glad to be carrying along to the website.

I am very honored that the inaugural BN Prose feature on www.bellanaija.com is from the very talented, Tolu Ogunlesi. You can contact Tolu via his blog:  http://felameetsabba.blogspot.com/ 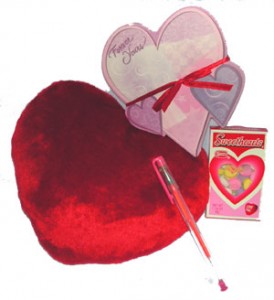 The gleaming Toyota Avensis comes to a stop in front of Oluwole’s stall. Oluwole smiles to himself. Fine cars mean big business for a newspaper vendor; since only the rich can afford Cosmo and Ebony and all the other glossy mags that provide the bulk of profits.
A slim, bejeweled lady steps out of the driver’s seat.

“Good afternoon Sir” she says. “It’s my tyre… please I need your help…”
He is about to answer her when he realizes he knows who she is. It is a sudden realization, and for a second he thinks he knows how Archimedes must have felt at that famous “Eureka!” moment.
As sure as the sun rises and sets, this woman standing before him is Toun Bankole.
Toun, his ex-classmate at Methodist High School, Oju-Irin, Ibadan.
No, “ex-classmate” doesn’t quite capture it – Toun, his “high-school sweetheart.” Toun, the girl who invaded his schoolboy dreams all night long; the girl on whom he had, on a certain Valentine’s Day, blown his entire term allowance.
But now he finds himself unable to say anything to her. And, no, it isn’t because of shame. Not for a second has he ever felt shame that he, Oluwole Adebami, the once-promising Methodist High School scholar, now works as a newspaper vendor.
It is in the same strange way he could not convince himself to go to the University after his O-level exams, that he cannot at this moment convince himself that there is a need to tell Toun who he is.
He helps her to change the tyre, all the while smiling to himself at this stroke of fate that conspires to have him change Toun’s tyre, without her realizing who he is. Yes, he must admit, he has changed a lot in the twenty-something years in-between. She hasn’t.
It occurs to him that the last time he remembered her was many years ago when he saw an advert in The Guardian, where a dozen or so Methodist High School Alumni had bought a full page to congratulate one of their own who had been appointed a Minister in the Federal Government. Oluwole had been surprised to see his name as one of those who “signed” the advert, even though he had not seen any of the others since they left school. He guessed at once that Toun had included his name. It would have been just like her.
Toun offers him five-hundred naira in appreciation. He turns it down. For the first time in a long while he feels embarrassed. Then, as she is about to enter her car, she turns to him.
“It just occurred to me. My husband’s office needs a new vendor. If you don’t mind, let me have your business card. The business is big, the former vendor used to supply sixty or seventy newspapers daily. I could recommend you…”

For a second Oluwole debates whether to give her his card or lie to her that he doesn’t have any. And again, it is not because of shame. Then he reaches into his pockets and pulls a card out. He hands it over to her, and turns away slightly, bracing himself for the scream that will escape her lips when she recognizes his name, and then his face.
Toun looks at the card for what seems like an eternity, folds it neatly into her bag, and waves him goodbye. Oluwole stands affixed to the spot, waiting to hear her scream. But the only noise that rings in his ears is the fading noise of a Toyota Avensis engine.

Nigerian-American Nominated for Cosmo Bachelor of the Year 2008

Global Superstar Beyonce is Back with a Bang