Everything Changed After That Phonecall...NK Inspires 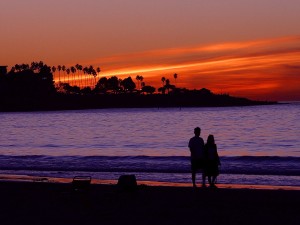 It was 12am on the 12th of November 2005, I had just woken up. I was supposed to call George (Papi) back, but I was so tired from my boring day job that I didn’t even realise when I fell asleep. I picked up my phone, and realised I had already gotten about 3 missed calls from him. I smiled, coz in my head, I could already hear him having a go at me “olowoorimi, (that’s what he called me) you don’t spend time with me anymore since you got this your job, now a working woman, you don’t have my time right”. I did speak to him last night though, not as often as we normally do but yesterday we spoke for at least 2 hours. He said he was going out with some friends, there was a party in town and he hadn’t been out in while…and tonight, I wasn’t going to stop him.

7am, my friend and I had a cuppa, getting ready to leave for the airport. I suddenly received a call from Papi’s friends…I mean there wasn’t anything new about his friend calling me…I spoke to them all the time just like he spoke to my friends all the time. We had been together for about a year and had kind of sewn our lives together, so woven that our worlds revolved around us. He completed the gaps in mine, and I had become his olowoorimi. But there was something strange about this call from this particular friend at this time of this day. I picked up and immediately asked him if Papi was ok, almost ignoring his formalities.
“NK, there’s no other way to put this to you so I’m just going to say it…Papi died around 7am this morning” I asked him “ are you joking”? He said “I would not joke about something like this”. The phone slipped off my hands as I fell on the floor and started screaming according to the pain that I felt; my voice never actually quite met how much pain I was feeling but then I was just screaming. The girls in the house all woke up, rushed to my side, holding me and asking me what was going on. I remember grabbing Chinyelu’s top, crying, and asking her why? And even begging her to ask God why? For the next thirty minutes, I did not say anything to anybody but cry. Eventually, I said Papi is dead. Everybody fell on the floor and started crying – including my friend’s baby boy. We found out later that day that he had died in a car crash on Lekki-Epe expressway.
He was buried on the 18th of November, I was not present for the burial because I didn’t know if I could handle it.

The days and months following Papi’s death were dark and I questioned God everyday. I often asked him why he was punishing me for loving Papi so much? I mean our God is a jealous God right?… Sleepless nights, nightmares, tears and more tears. I lost my job, I cut everyone off; I stopped talking to his mum, his friends or anyone that remotely reminded me of him. I took out all the things he bought for me; the jewellery, the teddy bears, the cards, I even had his own chain, the one he said he never took off; He said I should never part with it…Well now I had to…my friends kept telling me this was too drastic, asking me if I was sure I wanted to do this.

We had our song you know, Jill Scott’s “the way you love me” I stopped listening to that as well, thinking about it now, I still don’t listen to that song. All his text messages were eventually deleted; a bit too drastic they said, but for me it was the way I knew. I mean there is no right or wrong way to deal this, I just did it the best way I knew how to, and I guess it worked in a way. I locked all my physical memories in a box but in my heart the memories stayed, and that I could not get rid of.
I kept hearing those words from people, you know those clichéd “you have to move on” speeches…I remember thinking with such anger “how dare you tell me to move on, like it is that easy? Easy for you to say, you can never know, until you experience it” I hated seeing people smile, sad as this may sound…I had become a sadist, “what’s there to smile about? How can you even be happy?” but a part of me was so drained from the days and nights of tears and anger that I needed to be freed of the bondage that I was drowning in, that I myself, did not even bother to try to get out of. I had let my demons take me deep into the dark, I needed myself again…I needed to learn again how to laugh from the heart, how to be truly happy for others and how to let others come close to me again.
As it turns out, there was no other way but through God. He had blessed me already with a strong support system-my friends and my family. They helped me hold the broken pieces of me, with unconditional love…They were strong for me, when I was weak, they cried with me, laughed with me, prayed with me, sang with me, preserved my memory of him with me… they would often bring back memories of him, ask me about him and how it felt to be so in love…They knew how happy I was whenever his name came up, and they would sit and listen to me go on about him for hours, and laugh even when they didn’t understand the private jokes that Papi and I shared.

How did I get over this? The truth is even till today, I am not sure myself if I got over it. I have indeed moved on, I am happy, I guess I could go a day without thinking about him but he definitely still lives in my memories. I still compare him to every guy that I meet; I look for that thing in this new guy that would remind me so much about Papi, and use that as a reason to be with this new guy. After 2 failed relationships, I realised I never even dated them for the right reasons anyway. Now, I decided to stop trying so hard and just let it be. So I trust in the one who gave me Papi in the first place and hope that one day he would send me someone that would love me even more than Papi did ( if that is ever possible coz as far as I was concerned if love had a limit, Papi certainly went over it). I still burn candles on the 12th, and the 18thof November; I find my strength in the love I once had, because now I know that this kind of love is not a norm and a lot of people will give anything to experience this even once in their lifetime.

I learnt a lot about myself and life in general. I stopped adding value to meaningless things, and I learnt to appreciate every single human being in my life. I believe that there still exist that one man that is capable of feeding your heart with all its desires, taking you back to your childhood days and making you the princess in your favourite fairy tale. So to every young woman who has lost the one they loved…Pick up your pieces, live and love each day, as if it were your last…