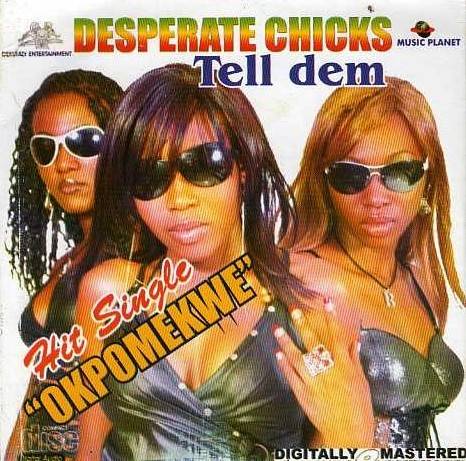 We would have never imagined that we would feature a group called Desperate Chicks on Bella Naija but we cant count the number of times BN readers have requested that we feature these Naija Divas. Desperate Chicks are a musical trio from Eastern Nigeria. They released their debut album ‘Tell Dem’ over a year ago and it has been a smash hit! What’s so shocking is that, there seems to be absolutely no press or details on the ladies. BN is on the case and we’ll bring you more on D-Chicks soon. Dont judge the name or the image, the music is incredibly catchy and the vocals are on point! Have a listen to some of their hits below.

The Look: Jewel for a Queen