As Nollywood continues to rise in popularity, Hollywood might just begin to see Nigeria as the perfect background for its movies. Why not? A city like Lagos has all the scenic drama you would need for the perfect action scene. Variety Magazine announced this week that Ben Stiller will be directing a new movie based on a Chicago banker who gets swindled in a Nigerian scam. While the project is meant to be entertaining, it also sheds light on current issues in Nigeria and other African countries. The film is going to be produced by Participant Media (The Soloist) whose mandate to make films that compel social change.

At the premiere of X-Men the wolverine last weekend, many Nigerians were proud to see that one of the beginning scenes was set in Lagos. There was even a man speaking Igbo! The aerial view was definitely Lagos and some even think that the action shot that featured a Nigerian diamond dealer took place in the UBA building. However, most of the shots were probably in a studio.

It looks like Nollywood might also be able to compete with “Tinsel Town’ some day. UNESCO announced that the Nigerian film industry has overtaken Hollywood and closed the gap on India in the number of movies produced each year. So, what are your thoughts on  Hollywood films and TV shows that reference Nigeria and how accurate are they? Here are a few below but I’m probably missing a lot. 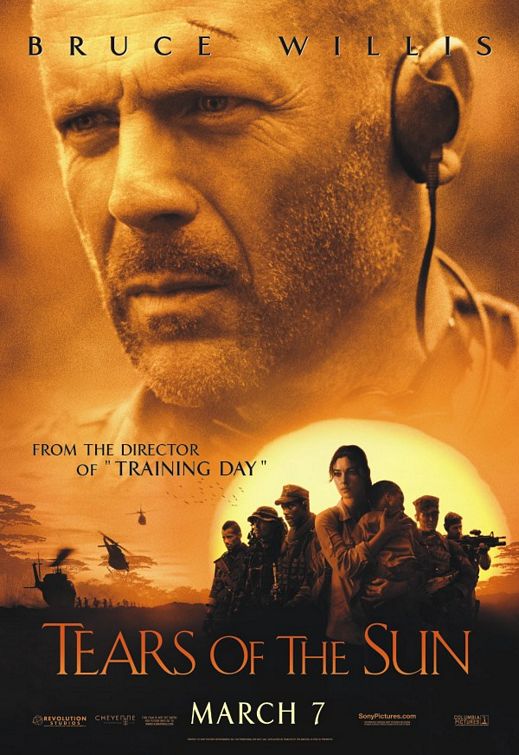 Tears of the Sun

Bruce Willis plays a Special-Ops commander who leads his team into a jungle in Nigeria to rescue a doctor played by Monica Belluci who will only go with them if they agree to rescue 70 refugees too. 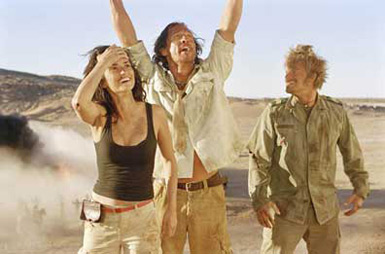 Matthew McConaughey is cast as  explorer Dirk Pitt who goes on the adventure of a lifetime of seeking out a lost Civil War battleship known as the “Ship of Death” in the deserts of West Africa while helping a UN doctor being hounded by a ruthless dictator.

Monique plays a plus-size woman trying to find a place in the skin-and-bones world of high fashion by launching her own line of clothes for large ladies. While on vacation, she meets Tunde (Jimmy Jean-Louis), a handsome and successful doctor from Nigeria, and she discovers to her surprise that Tunde is strongly attracted to her.

I just had to write this note after hearing the opinions of our readers thus far. I definitely agree that we have seen too much from the media about the negatives like the scam industry and not enough positive news. Just wanted to note that the producers of the movie have stated that the movie will highlight issues in the country that influence the scam industry.

The purpose of film is to showcase reality, provoke thought, invoke emotion and hopefully bring about change. The “419” scam is one that is very real in our society and stains our public image. This movie or any type like it is not what is destroying our image. Unfortunately, thanks to a few bad apples, all “The West” has to do is look at their inbox and fax machine to be presented with a negative view of Nigeria. Hopefully through a movie like this we can talk about the real reason why corruption and scams like “419” exists.

I also agree that “The West” needs to look internally instead of pointing the finger at us. From the corporate greed in Wall Street that caused the global financial crisis, to Bernie Madoff and other Ponzi schemes, 419 exists in everyone’s backyard. While we shouldn’t rely on Hollywood to be the ones to highlight our issues, culture and identity. We need to understand that to change perceptions we do have to be in the broad public dialogue.

The one thing that makes me nervous  is that the there isn’t a single Nigerian on the executive production team. Either way, as someone who doesn’t have the luxury of being in my country every day. It’s still pretty cool to once in a while see Nigeria or Nigerians referencd  in a movie or TV show, unfortunately that comes with bad plot lines and inaccurate scenery. Thanks guys for the comments and please keep them coming!

Note (3:15pm) Synopsis of Tears of the Sun movie changed to “jungle in Nigeria”. Thanks for catching that rizzle we definitely dont want the world to think all of Nigeria is a jungle.

The Bouquet Toss: Should I or Shouldn’t I?