From Big Tee to Healthy & Happy

Weight loss can sometimes be the challenge of a lifetime. Tee tells BN Assistant Editor, Wana Udobang about a challenge that changed her life.

Where do I start? I’ve never been known to be slim, since I was little, I’ve always been the biggest amongst my friends and peers and all I’ve always heard is “ you are too big for your age” hence my nicknames Tol-Fat and Big Tee…And so the baby fat in that little girl eventually turned into solid fat.

My mum has a mini-mart in our house, and I think my love for junk food started from there…gulping several bottles of coke and Fanta daily, I couldn’t have taken less than 10 bottles a day, ice cream, yoghurt, biscuits and sweets, I never left home till I was 22yrs old (went to the boarding school in secondary school for 5 days, but came crying back) so you can figure out how much junk food I must have consumed in those years.

Apart from my love for junk food, I could not do without eating rice and bread daily, I was eating large quantities of rice morning, noon and night, same for bread and was eating either of the two at least twice daily. I would only stop eating because I felt like it, not because my stomach was full, it could never be full, it was like a bottomless pit!!!

Reality check set in about five years ago when I was having irregular periods and the main reason according to the doctor was my weight, even then, I wasn’t really bothered because it was less monthly stress for me, but my wakeup call was in November 2007. I bent down to pick up my keys from the floor and it was a big struggle to stand up. About two days later, I had to run up the stairs to pick a phone call, I kept panting heavily and it took a while for my breathing to get back to normal, but prior to those occurrences, I was constantly having stabbing pain in my chest. I just knew I had to do something, I was scared of dying young , so much more for me to enjoy in this life.

So on the first of January 2008, my only resolution was to control and change my diet. I made up my mind not to eat rice and bread on Mondays to Fridays and if I had to, it would only be on weekends, I also stopped buying biscuits, yoghurts, ice cream and luckily for me, about 4yrs earlier, I stopped taking fizzy drinks (must have had enough to last a lifetime). I developed a new found love for beans and moinmoin, boiled plantain with vegetable stew, weetabix, fruit and fibre cereal and crunchy nuts. I stopped eating meat and substituted with fish and chicken without the skin and started grilling food instead of frying, I reduced the quantity of my food intake, eat fruits once in a while and drink lots of water.

By mid march 2008, I dropped a dress size and that spurred me on because in the past, I had used some herbal stuff, which made no 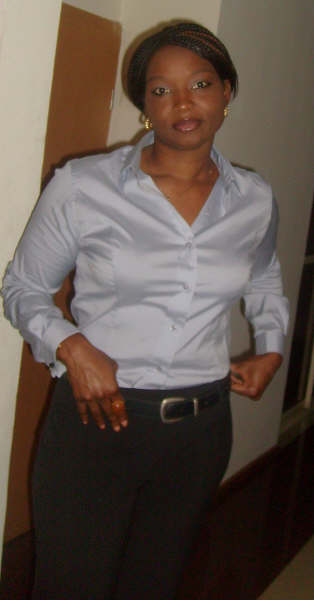 difference, though I never drastically cut down on my food intake, a year down the line, I have dropped three dress sizes and lost 30kg.

When people ask me what I have done, I tell them I have only changed my diet and that is simply the truth, it’s been a big struggle constantly fighting the temptation. My period has been regular and I no longer have the stabbing pain in my chest. Most importantly, I feel really healthy now but the down side is that my boobs have shrunk a bit, but all in all, I am proud of myself.

The Ultimate Search is Back!