I Know Why Men Cheat 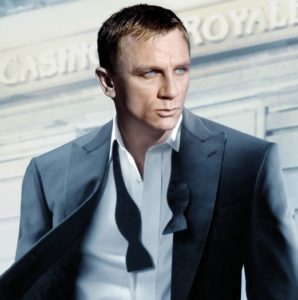 Mmm…. Over the last couple of weeks, whether it was a coincidence or not, I had had a series of conversations with three different women on the subject “why men cheat”. The women wanted to know (with my being a married man and all) why my gender are so irrevocably wayward. Coincidence or not, I did not take offence that they would find it apt to ask me that question as if I was guilty of this as well!

At that point, I threw in some sensible and not-so-sensible reasons which were not fully accepted. The women felt I was just giving excuses as to why a man cannot control himself and respect the woman he claims to love. They said that the man should not get involved with a woman in the first place if he knows he’s going to cheat on her – a very valid point. The ire of the women left me rather saddened and then annoyed. I then gave myself the task of trying to figure out and come up with a “logical” explanation as to why a man who loves his wife or girlfriend and has built a home with her would risk throwing that all away for a few moments of pleasure? It did not take me long at all.

First of all, one needs to understand the nature of man, his psychology and all. He is by nature a hunter and rarely satisfied – a la Adam Smith! He has so many wants and needs and he spends his life trying to satisfy himself. He keeps moving on and on from one stage of life to the other, from one project to the other, from one conquest to the other, seeking out what’s next. He sees himself as a Formula 1 driver today, so he sets out to buy a Ferrari; tomorrow he is the best supporter of Arsenal F.C. so he buys season tickets at the Emirates. But really how many of us can afford a Ferrari or all the tickets for the home games of our favourite clubs? So what do we do? We buy a model of a Ferrari and buy replica jerseys of our favourite players. That’s what men do…we fantasize and like to see our fantasies come true.

Looking at it from a less carnal angle, men are escapists. Life throws lemons at them and instead of making lemonades, they become carnivores. They escape and pretend that they have nothing to do with lemons talk less of making lemonades!

John has a girlfriend Ada whom he is planning on marrying; things could not be better. However, he now has issues at work; he can’t seem to meet his target. Things have never been this bad at work. He talks to Ada about it and she assures him that everything is gong to be fine. OK she makes him feel better. Two months later things have not improved. John’s feeling the pressure and he is beginning to crack. John heads to the bar or club (same difference in Naija!) and somehow somehow meets Nkiru. Now Nkiru knows that John’s a banker in “BankOnUs plc” and seems like a nice guy. They spend the early evening talking and getting to know each other better. John begins to feel relaxed, all the pressure is ebbing. At that moment he is not John-the-banker-with-the-work-pressure, he is just John-the-correct-guy, a smooth operator. Nkiru does not need to know all his work wahala or life history, she just likes him the way she sees him. There are no antecedents, no real expectations and one thing leads to another and John takes Nkiru home for the night (if he is lucky!) Now John decides to have this extra affair, after all Nkiru provides an escape, a sort of anonymous safe haven. Then they get to know each other better and either one of two things happen. One: things get better at work; he realizes his wrong and breaks up with Nkiru. Two: things remain bad at work, he continues the affair but eventually he one day shares the true situation of things with Nkiru and (sometimes depending on her reaction) after a while he feels the need to escape again!

Still in the dark? OK, let me ask and answer a question: why do women love movies? Because, they love the idyllic or not so idyllic situations, they learn lessons from them hoping to apply them to their lives. Now, men on the other hand watch movies to live the next ninety minutes or so of their lives through someone else’s; they become Sherlock Holmes solving intricate crimes and puzzles or whatever character Denzel Washington is playing, all smooth, suave and debonair overcoming all the odds to shine at the end of the day. Simple, men like to escape; whether it’s for three hours or three months. They love to escape the hassles of everyday life, the challenges of putting food on the table, driving through traffic, terrible jobs and horrid bosses, the pressures that society has put on them as well as the ones they have put on themselves. And the easiest escape? The arms of another woman – a woman who does not know their weaknesses or challenges or peccadilloes; a woman who would not remind them that they are still jobless or that the landlord’s lawyers sent a reminder about the rent. A woman who will not say that she has a headache or that she does not want to spoil her new hair-do. A woman who would simply let them be whoever they want to be even if it is just for a few hours without any disapproval. Some of you may disagree saying that men are just dogs! True, men are like dogs in some respects. Dogs like to roam away from home sometimes because there are many new things to discover and smell in the great outdoors; but they always find their way home for dogs are loyal. Occasional roaming does not make them bad dogs.

Not all men cheat. True. But these are men who have successfully been able to find escape through other means. Is your man overly obsessed with work, gambling, alcohol; or more innocuously an English, Spanish or Italian football club? Or is he fully immersed in his studies for his MSc or PhD? Or is he an avid cinema-goer or movie-watcher? The internet perhaps…Facebook… online chatting? Or does he still read novels with the ferocity of a teenager? All these are escape routes. If this is the case you might as well count yourself lucky!

Now, this is by no means a complete explanation as to why men cheat as there are a number of pseudo-specific reasons why they do ranging from the logical to the selfish and then on to the darn right absurd! But you have to agree with me that it makes a hell lot of sense. Doesn’t it? Now you can burn me at the stake… or would you prefer a lynching?

Sizzling HOT! D’Banj & Genevieve keep it sexy and sweet in the official video for ‘Fall In Love”