We’ve heard your feedback and we are spinning things into action. You will be seeing new and revived features on BellaNaija.com covering a wider spectrum of content.
One of those is our book reviews. From popular favourites to new finds, we’ll read it and the review it.
Today, we review Onaedo: The Blacksmith’s Daughter, a new book from author – Ngozi Achebe. 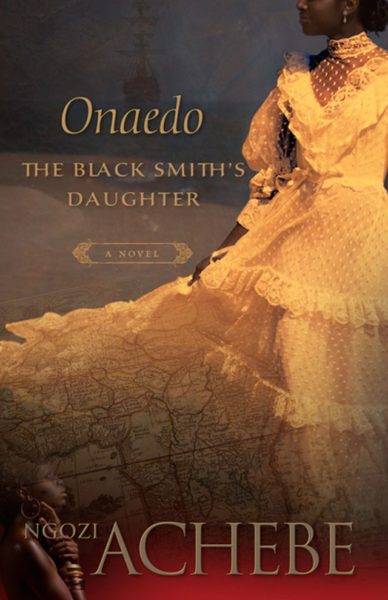 In a brief synopsis of the book from the author’s website, ‘Onaedo – The Blacksmith’s Daughter’ is described as “…a work of fiction and the tale of two women separated by four hundred years of history. Maxine, a modern American woman who is half-white and half-African comes across a set of diaries written by a slave in the 16th century and tries to write a book about it. She uses elements of the discovered diaries in her book and also information she has discovered herself based on ancient stories retold to her by a collaborator.”

I have always loved books. On my entrance form to primary school I wrote reading and writing as my hobbies and meant it. Yes I know, I was a geeky child. At 10, I read ‘Things Fall Apart’ quickly followed by ‘Arrow of God’. These ‘post-colonial’ fiction novels were revolutionary for me not only because of their rich proverbs, characters that spoke and had the same names as myself and people I know, but also because they taught me about my pre-colonial culture.

This past week I had the privilege of reading one of such didactic yet entertaining books – ‘Onaedo: The Blacksmith’s Daughter’ by Ngozi Achebe. The novel is mostly set in a less chartered era for Nigerian writers – the era of Portuguese exploration and trading on the coast on West Africa, in the part we now know as Igbo Land. This novel is not only refreshing for its unique context, but also because it does not idealize its Igbo characters or completely demonize the Portuguese antagonists, however, I do not claim that previous novels in post-colonial literature are guilty of doing the opposite.

The novel about Onaedo is actually written by Maxine, a modern-day character who discovers slave diaries by chance at a neighbor’s yard sale. Perhaps because Maxine writes Onaedo’s story, the conversations in Onaedo’s era are far from pretentious. The word choice ranges from playful (amongst Onaedo and her friends), to formal to metaphorical to wise, as wide as a range that modern day conversations provide. There were some writing gems in the form of proverbs that anyone today would be wise to adhere to. This range of conversations makes Onaedo’s world seem more realistic and makes the novel itself more appealing to a variety of people. Yes, my 10-year old self would have approved.

As previously mentioned, we are not presented with an idealistic portrait of pre-colonial life. In the form of Oguebie, we are presented with a power-hungry brother that betrays his clan in the hopes of gaining power. In the form of Eneda, a skilled blacksmith and Onaedo’s father, we are privy to the entrepreneurship that the Igbo people are known for today. He is a man who gains respect using his God-given talent (to be more precise, talent from his chi). In detailing his profession, Ms. Achebe deftly uses descriptions of Igbo-Nkwu art to prove that Africans are far from the savages that we were portrayed to be by the travelogues of 16th century Europeans, stories of us that have persisted until today in our portrayal in Hollywood films and Western news media. In Pasquale, we are presented with a truly ambiguous character. We want to hate him for his role in the slave trade, yet his gentle nature and will to prove himself worthy back in Portugal shows that like a quilt composed of many fibers, Ms. Achebe’s characters are composed of many motivations, so it is sometimes hard to simply judge them. These ambiguities are especially true for the truly brave feminist hero, Onaedo’s aunt and midwife, Aku. I don’t want to give any spoilers, but she commits atrocities in order to maintain the status quo of society, and to maintain the dignity of those in her care.

Onaedo herself is also a sometimes morally ambiguous character. In many ways, she is a victim of circumstance, but she weaves through the challenges that life offers her – in the form of her love for a poor apprentice, her marriage, amongst other challenges with determination and a will to succeed that is enviable.

Ms. Achebe succeeds in this novel because whereby the novel could have been weighed down by historical facts and figures, she makes it a story of people simply trying to navigate new challenges at a time when the world was interacting like it never had before. My only gripe with the book was its ending. As sad as I was, I grudgingly recognize that my unresolved feeling reflects the emotion of many people in Onaedo’s shoes – helpless, yet hopeful.