Why Can't We Be Friends?! 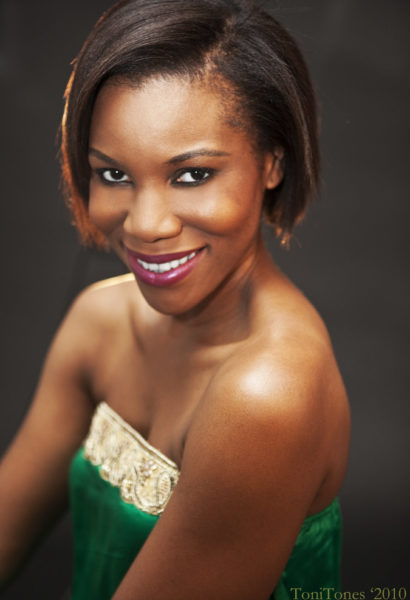 It was one of those conversations that were an opportunity for one party to allow the dam of pent-up emotions, frustrations and desires to spew forth from the heart like a newly dug-up oil well.

The guy who I happened to be in conversation with droned on and on for minutes on end, and I must confess, for the most part I was either singing “Suck belle Make Shirt fine” in my head, or checking out all the other guys in the room.

Everything he was saying to me sounded like the noise a VCR makes when you do a rewind or Fast-forward…I just wasn’t following.

All of a sudden, my attention was jerked away from the mischievous looking guy across the room, whom I had been playing ‘Catch Me Scoping If You Can’ with for the past two minutes, by the words that rang out of my Rant Guy’s monologue.

Maybe it was the intense emotion with which he uttered these words, the fact that I was getting irritated that I was playing such a dumb game with a guy I was becoming convinced was retarded, or that the question just seemed like a desperate cry for help, but something definitely got me hooked on those words.

My in-built PVR (TiVo for all you Yankers) did a quick replay in my head of all he had been saying, which I hadn’t paid any attention to. The story goes thus:

He had been with a chic for the past 2-3months, everything was going along quite well, they spent a great deal of time together, and he even found himself making sacrifices for her which would hitherto have been impossible of him to do for anyone else.

Anyhow, things began to break down between them after a while; he says she was the one who began consistently screwing up, and even though he was willing to look beyond the stuff she had done and continue with the relationship, she was basically just being a B*#ch (in his own words of course)!!

So finally, he couldn’t take any more of the crap she seemed to be delightfully serving him, and he said “Babe, FADE abeg!!”

They walked away from each other, and that was where I met the relationship. The most recent development as at the time of my conversation with him was that he had tried several times to interact with her on a purely friendly basis, and she kept giving him the cold shoulder.

This was pissing him off immensely, hence the substituting me for the Emotional Punching Bag. He obviously still had feelings for her, but was instead trying to settle for the less volatile relationship that Friendship may be able to afford them.

The question is was she willing to accept that? Well, apparently not, as his emotion-laden “WHY CAN’T WE BE FRIENDS” question revealed.

Trying to understand it from the perspective of the Chic and why she gave him a major turndown as regards his Friendship proposal, I did a quick mental run-down of my Exes to see if being Friends after a Relationship is an easy feat, or if the Chic was just being a Drama Mama.

There are two different types of Past relationships from the way I see it: the ‘AAAAWWWWW’ ones and the ‘PPTTCCHHEEWWWW’ ones. Yes, the latter is a major, eyeing-up-and-down, hand-on-waist, leaning forward, hip-rolling Hiss.

There are those guys I’ve been with, that memories of what we shared immediately give me a warm feeling and make me smile in nostalgia. Those are very few and far between; in my case, maybe 4 out of the just above 800 guys I’ve dated (and that figure is last Census’ count ooo!!).

These are the really nice relationships where what was shared between me and the guy was a whole lot more than “I’m your babe” and “You’re my guy”. Actually, in these Relationships, the other person and I were GUYS!!

You know, like we were BUDDIES and the ‘dating’ part was just the added value. So when the relationships ended, it was actually more like a beginning than an End; an opportunity to explore the depths of our shared Bond, on a new frontier.

In these relationships, I actually appreciated what we had much more, AFTER the Break-up, as I could now see that there was no Condition (Dating or Not Dating) in the love we shared.

Till today, I’d still do ALL the things I could’ve done for them while we were together (well, except the Shags as I’m not a proponent of Okafor’s Law), and even more, without feeling weird about it.

Memories of the ‘PPTTCCHHEEWWWW’ relationships on the other hand, have the capacity to ruin my entire day. If I even think about them, I just get PISSED off, more at myself, for what on earth I could have been thinking to have actually dated that person.

And if your Math is any good, you have probably calculated that the remaining over 796 of my relationships fall into this category!!

Chai!! Abeg don’t even get me talking about those ‘PPTTCCHHEEWWWW’ relationships, because I fit reach Part 100 of this same article if we continue.

Nevertheless, I’m certain you get my drift. So after my sojourn into my own land of Friendship with Exes, I couldn’t help but wonder which category my Rant Guy fell into for the Chic he was complaining about; ‘AAAWWWWWW’ or ‘PPTTCCHHEEWWWW’.

As I looked at him, I couldn’t help feeling sorry for him; “Eiiyyaa, poor guy, I wonder where he stands…”

My personal opinion on the issue of Friendship with Exes is simple: Why would I want to date a guy or get married to someone who if we broke up right now, I wouldn’t be able to stand being in the same room with?!

Conflicts or all the drama of Break-ups is actually the best time to test the substance of the Relationship you have with someone. If you guys can have conflicts or even break-up, and still are able to maintain a high level of courtesy, respect, dignity and affection toward each other, irrespective of the fact that you can no longer use the ‘MY Boyfriend/Girlfriend’ title when referring to them, THEN you know that it was a relationship that was worth being in.

After all, it’s not every GREAT guy/girl who comes into our lives that we’ll end up being married to. Sometimes, I guess some people come to inspire the best from within us, and prepare us for the even greater Relationships to come.