BN Prose: The Other Man by Abby Beckley 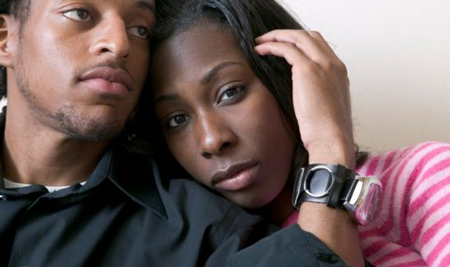 Sunshine filtered through the blinds of the bedroom window with a bright determination illuminating the dust motes. All was an atmosphere of silence and peace but to Chioma it heralded another failure and a sense of panic. She looked down at the figure lying beside her, fast asleep. He had kept her up most of the night with his demands, she had given in to him and now she had to get him out of her marital bed.

For daylight meant that her husband, Dapo, would soon be home from his night shift. He worked at the Royal Island Hotel and Resort in V.I. which was where they had met. She had just started her new position on the reception desk which he had recently vacated to become the assistant manager. Everyone had been congratulating him when he had approached her.

“So you’re the one they got in to fill my shoes?” Dapo had said smugly at least she’d thought so. She’d looked down at her feet.

“I am if you wear four inch stiletto heels,” she had replied which elicited snorts of laughter from those in company. She had failed on purpose to mention that they were in fact Ferragamo heels. He did not need to know, no body needed to know because if she had mentioned it they would have asked how a girl who just got her first job after her NYSC could afford designer heels and then of course she would have had to explain that her father owned the Royal Island Hotel plus five other hotels and restaurants besides and had insisted that she do a stint there while trying to work out what she actually wanted to do with her life.

“That’s seriously nice footwear,” Dapo had observed, “But you do realise you’ll be on your feet all day as a concierge and come seven pm you will feel like killing the inventor of stilettos?”

“Alas Roger Vivier is no longer with us so you need not fear that I will turn homicidal on his accord and for your information I have partied for forty-eight hours non-stop in higher heels than these, I really don’t think I’m going to break a sweat over a ten hour shift.”“Okay, they’re your ankles” he had said with a shrug and walked off to the management suite.

She had thought him presumptuous but at five o’clock that evening when she felt like chopping her own feet off because they had become so unbearably uncomfortable in her heels it was Dapo who had come to relieve her.

“There’s a bowl of warm salted water in the management bathroom waiting for you,” he had said and she had felt like kissing him in gratitude and nearly told him so but checked herself at the last minute.

“Oh? Is that usual practice for new members of staff?” Chioma had asked with an arched eyebrow.

“Of course, a bowl of warm salted water to do whatever you want with is a traditional welcoming gesture for all new employees at the Royal, didn’t you get the memo?” then he had tilted his head, smiled and winked at her.

“Humph,” she had retorted, it was all she could manage as his smile had totally overwhelmed her. Then she had proceeded to the management suites as elegantly as her swollen feet would allow her.

Needless to say it had not taken long before they started dating in earnest. He had such an easy charming way about him that just seemed to help make her life a more pleasant one. She honestly did not know what she would do without Dapo and yet here she was, three years into their marriage, betraying his trust.

She sighed heavily before checking the bedside table for her watch, she found it behind the empty bottles and glasses; seven o’clock, her husband would be back in at least half an hour. The panic rose in her again, she turned, resolute to get him up and out but then she saw his face.

He was beautiful. His long eyelashes curled over, she always told him how unfair it was that he should have such lashes and she should have to pay out for mascara or false ones to get a similar effect. They weren’t exactly wasted on him as he knew how to bat them to effect, getting the ladies to swoon over him; it certainly helped him win her around time and time again. Then there were his lips that seemed to be fixed in a permanent pout practically asking to be kissed which she did right then.

No, this had no effect in waking up. She marvelled at how he could sleep with such abandonment now but she supposed he really did not have a care in the world. He didn’t have a job to get to; he had no money worries because there was always someone there to pay for him, mainly her. Even on the occasions when they were out in public, perfect strangers, usually women were always offering him something. It made her proud to know she was the one he was with but she also worried because she knew that one day she would lose him. Some girl would come along and snatch him away from her. She knew she was being greedy as well as completely selfish but she was totally unprepared to give him up any time soon.

Suddenly her chest tightened as she heard a subdued beep then a metallic creaking as the front gates were swung open. Dapo was home!

Why had she wasted time being whimsical? It was barely seconds later when she heard him bounding up the stairs, Oh no, oh god, oh no, she thought. In the next moment the door had swung open and Dapo was there.

“Good morning honey! I brought croissants and…” Chioma studied her husband’s face as the expression mutated from joy to confusion to intense suspicion.

“What is he doing in our bed?” he asked, his voice was quiet and measured.

“He…I…We couldn’t…” she stuttered in guilt.

“Chioma I thought we agreed he would be sleeping in his cot now, after all he is two years old and it’s not as though you’re breast-feeding anymore,” Dapo said.

“I know, but he just wouldn’t settle so I brought him here. Ah come and look at him, he looks so peaceful,” Chioma cooed.

Dapo slipped his shoes off and approached the bed softly, “Hmm, peaceful only because he’s asleep. I know my boy, the son of a lion is also a lion,” he whispered, smiling down at the small figure rolled up in the sheets. Carefully he picked the little boy up and shifted him along then he got on the bed with the rest of his family, very soon he was snoring. Chioma sighed contentedly and watched over the two men in her life as they slept.