In a Strange Land 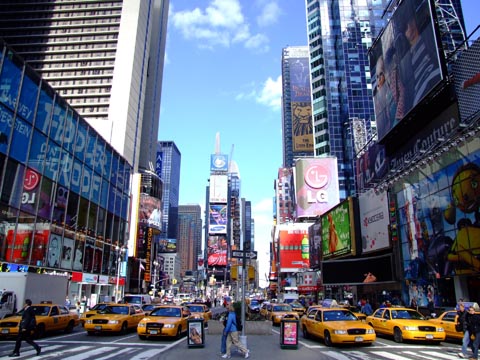 Pages from the diary of a 17 year old,

Relocated to the United States for college education.

The yearly visits, the blue passport, two brothers schooling here, even the movies… you’d think I’d be well able to adjust to the land but no, new land new challenges! Here’s my story…

As I walked the terminal gates of JFK airport and gazed on the huge sign that read ‘Welcome to the United States of America’ the reality dawned on me, it’s real! Another chapter had just begun. Immigration didn’t give me much hassle but rather I gave myself, first off- where did all the cart- attendants go? Oh no! They dint use that anymore, there were cart machines. All you do is slide in $5 and whoop! Here’s your cart for carrying your baggage. How come I never knew? You see, I’d always travelled with someone older, so I basically didn’t handle much of this type of stuff.

Day 3- I had my placement test in school. 9AM sharp my brother who had taken a pass from work escorted me to the college. He told me to observe strictly the route we took as that would me my daily route to school. He dropped me off at the college, gave me a metro card for the bus and a little money just in case. As he was about to leave, I sneezed. He suggested I use the hand sanitizer stand; I walked towards it and just stared. I was blank, it had nothing to press, pull or instructions. My brother just whispered to me in our local dialect “simply place your hands underneath”, I looked at him with raised eyebrows but still adhered since I had not many options, and what do you know, automatically sanitizing gel dropped on my palm.  It was motion controlled. Technology! I praised in my mind.

“Oolaakunzlae… oolaakunlae… Please step forward” the lady repeated several times. We freshmen just wondered ‘who could she possibly be calling?’  Then all of a sudden I remembered I owned an unfamiliar name, I hastily stepped forward and asked to check the spelling. Lo and below it was Olakunle she was calling oh! Ah ah, it sounded like she was calling a rare specie of plant! See me see wahala, I spent about five minutes trying to teach her the movement of the tongue and lips required in the pronunciation of my name, I just gave up and accepted the name of a plant. I entered the class were I was going to take my exams and sat on the chair assigned to me. As our coordinator started giving the instructions, I noticed that the computers placed in front of each of us did not give any room else for writing, so raised my hand and asked in a sarcastic manner  ‘where are we suppose to write?’. To my amazement, there was a burst of laughter in the room. She explained the test would be carried on the computer. I sat feeling pretty dumb, then I thought in my head- na wa oh! Where I come from no be like this oh, the number of computers in this one room beats the entire number in my school in Nigeria! I also thought ‘what about those who aren’t privileged enough to have computer knowledge’ their strive here would be more tedious, Nigerian schools should make I.T education a compulsory class in secondary school.

Done with my test, I completed registration. The most frequent vocabulary in my conversation with the academic adviser I was assigned to was “uh-hunh?” it was mutual. I was at the brim of placing my ears next to her lips just to understand what she was saying. Why do you have to speak via your nose and so fast?? I wondered. She herself repeated “uhu?” several times… ok, maybe not uhu, but vocabs like pardon? Excuse?

I proceeded to the vending machine to get myself a soda and candy bar, brother was thirsty and hungry mehn! I followed the instructions I saw printed, inserted my money… ehn!! Where’s my purchase? I started shouting, Ole ni kini e oh! (This thing is a thief oh). I even hit it. Someone close came to my help, I explained to him that the machine collected my money and refused to bring out my drink. All he did was press a little red button on the bottom, and “here’s your drink sir” he said. Another dumb look fell over my face. Don’t blame me, familiarity was the drug I needed. Done with my snack, I looked for the closest litter bin and dumped my refuge. Not too far I noticed a water fountain (dispenser), a rage unconsciously came over me. Why you ask? I just spent $1.25 on a bottle of 440ml soda, when I would have drunk unlimited mls of water from the fountain! The rage was that Ijebu-istick/ free-loving nature we Nigerians have.

Walked a little distance to my bus stop and waited for my Q30 bus (mind you, that’s how buses are labeled, no Obalende/ Oshodi/ Surelere labels or yells from a conductor.  If you’re looking for that O.Y.O (on your own), stood for a few till the bus came, I sat at the back so no elderly would ask for my seat as they are apparently able to(story for another day), I was tired.  I was unable to sleep as I needed to keep my eyes peeled so I wouldn’t miss where I ought to board-off. As the bus drove and I observed the fellow passengers- the one with the dread locks, afro hair, mini(x4) skirt, Asian, the shirtless, the one who spoke to himself, the two who couldn’t talk in low tones, Caucasian, one who uttered words my ink isn’t allowed to write, the old lady who smiled at me like she knew me, the one who slept with his eyes open… America is the state for all! The crazy, the sane and whoever. Funny enough, this diversity of culture is what gives America her unity, her strength. The journey continued, I got down on Jamaica Avenue, crossed the street and boarded the Q111. This was my last bus journey, so I bread a sigh of relief. Still, as the bus drove my mind only roomed to being in Nigeria- Where I’ll be back seat- owner’s corner seating and the driver driving and me directing the A/C vents to myself. Hmmm, we struggle today only so we can relax tomorrow!

Related Topics:Kunle Atanda
Up Next