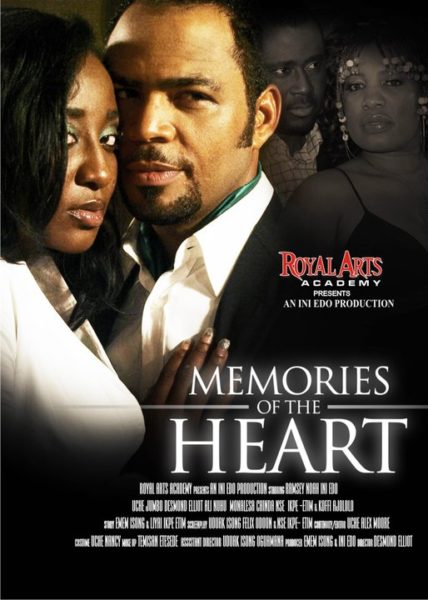 Ini Edo-Ehiagwina is not slowing down! With her movie career still thriving and her endorsements including deals with Globacom and Chivita building up, Ini has added another feather to her cap – producer.
Earlier this year, Ini completed filming and production of her production debut “Memories Of My Heart“. The trailer for the movie hit the web some months ago and fans had been eagerly awaiting its official debut.
The movie was co-produced by Emem Isong and stars Ramsey Nouah, Monalisa Chinda, Nse Ikpe Etim, Kofi Adjorlolo and Desmond Elliot.

The synopsis of the movie outlines the plot:

“Memories of the Heart” tells the story of Halle an aspiring actress who had attended several auditions without getting a role. She finally gets her chance when she claims to be Bankole Da Silva’s fiancé, an oil magnate she’s never met. She’s given the role on the condition that Bankole funds the movie. Halle now struggles to get out of the web she has spun for herself. Just as Halle gets Bankole’s attention, Bankole suffers a terrible accident leaving him with amnesia. Dr. Dammie, a female doctor nurses him back to health and into her waiting arms. As the relationship deepens, Halle reappears on the scene throwing Bankole into a state of confusion.

According to Ini, “Memories of my heart is a love story. It’s a feel-good movie to make you fall in love again and I assure you, after watching it, you will“

The official premiere event takes place on the 15th of October 2010 in Ikoyi, Lagos, Nigeria.
BellaNaija.com will be on the scene and will being you all the exclusive photos and details from the event.

Behind The Scenes Photos from “Memories Of My Heart”


Watch the trailer: Memories Of My Heart