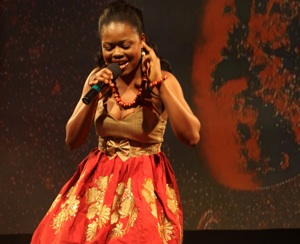 It is now down to the wire; the final 3 contestants of this season of Glo Naija Sings has emerged – 17 year old Rasine, 14 & 20 year old siblings – Da Brodas and 27 year old Casey. In a few days, one of these acts will win the grand prize. This week, Peace was voted out. She had been a strong contender, however, it appears as though her rendition of Fela’s songs during the last episode did not connect with the audience and voting public. Peace received the lowest number of viewer votes and has now exited the competition.

You can watch Peace’s “swan song” below;

Top 3 – 1st Performance: Casey – A risky move as Casey takes on Tosin Martins’ “Olomi”
For his first performance, Casey decided to sing Tosin Martins’ hit single “Olomi”. Considering that Tosin Martins is the resident Naija Sings judge and was seating in the audience as he performed, it was definitely a gutsy move by Casey.
How did he do? His performance started off a bit shaky but once he got into the groove, he delivered a soulful yet ‘playful’ rendition of the song. You could tell he was enjoying himself as he performed and that is always a good thing to see from a performer. Thumbs up!

Top 3 – 2nd Performance: Casey – Casey “flies” with R Kelly
For his second performance of the night, Casey sang R Kelly’s “I Believe I Can Fly”, this is an immensely popular song in Nigeria so the audience was eager to hear how well Casey would deliver this! Once again, he did not disappoint. It was a strong and confident performance with an added bonus – Casey hit all the high notes of the song. We now see why Casey is a viewer favourite.

Top 3 – 2nd Performance: Da Brodas – The Abuja boys perform their hero, Michael Jackson
Before we start, someone should tell us why one of Da Brodas was wearing an identical version of Dimeji Alara’s SMVA jacket? Who designed this piece? Please help, because we totally covet one! 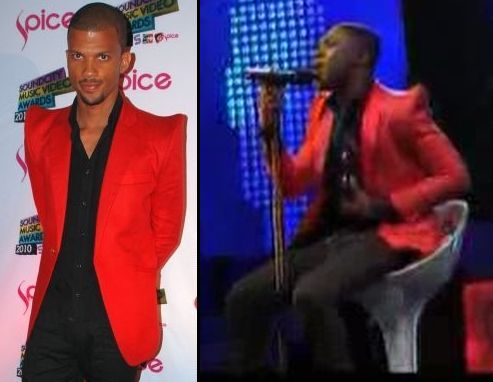 Back to the music, Da Brodas performed Michael Jackson’s “You Are Not Alone”. Once again, they sold their performance with their seamless harmonies. Though the performance had a few “pitchy” moments. They did well.

Tune in next Sunday to see how your favourite fared, only on M-Net.

Each week, lucky voters (SMS Voters only) stand the chance to win a Blackberry Bold, an iPod Touch and 10 Glo subscribers will have their accounts recharged with 1000 Naira of airtime. Plus one lucky viewer that votes via SMS also stands the chance to win a Toyota Corolla from Glo at the end of the series, so vote now to get in line to win some fabulous prizes!

There are four ways you can vote:

Via the Website
You can vote once per hour per registered email address. Voting on the website is free. Go to www.mnetafrica.com/naijasings

Via the Wapsite
Type www.mnetafrica.com/naijasings into your mobile browser and start voting. You can vote once per hour and voting via Wap is free.

In Nigeria: Text just THE NUMBER that corresponds to your favourite contestant to 33364.
NB: Mobile voting is exclusive to Glo subscribers and SMSes cost N50.

Outside Nigeria and Benin: Text just THE NUMBER that corresponds to your favourite contestant to +2783142100400. This is open to all networks – international SMS rates apply.

The dedicated numbers for each contestant:
Casey – 2
Da Brodas – 3
Rasine – 9

Via MXit
Open your mobile phone’s browser and type in m.mxit.com to download MXit for free. Then locate MXit on your phone under the applications or games section and register. Once in MXit, go to Tradepost>Entertainment>MNET and then add the Naija Sings Voting contact.