The Power of the Incumbent 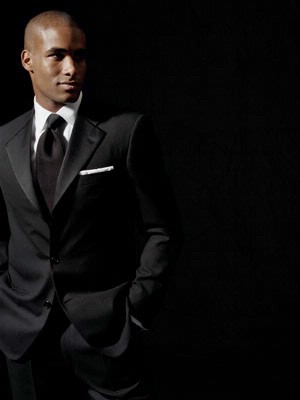 As you well know, The General Elections are taking place in the country and even as some voting has taken place and results have been announced, some of you will agree with me that it was not “really” a surprise that the incumbent president, Dr. Goodluck Ebele Jonathan, won the elections. And why am I bringing the controversial world of politics unto the webpages of BellaNaija? Just to illustrate a point; an analogy if you will.

Now it is almost a given that the incumbent office holder would win the vote if he or she is up for re-election. If the incumbent has not performed too badly, there is almost some sort of consensus that he or she should be allowed to complete his or her term, without much opposition. It is also assumed that it is more difficult to remove a sitting office holder, hence the consensus. For instance, President Obasanjo won a re-election in 2003 after completing his first term as duly recognised by the constitution. However, there have been cases where the people have effectively voted out the incumbent as a result of perceived poor performance. An example would be George Bush snr, who lost his re-election bid to Bill Clinton in 1993. Coming home again, we can point out to the former speaker of the House, Hon. Dimeji Bankole, who surprisingly lost his seat at the NASS elections held a few weeks ago.

What am I trying to say here? If you bring this to the ever, exciting world of man-woman relationships you might be surprised to know that the power of incumbency plays an important role too. Guys for one know how hard it can be when they meet a woman they really like and have a connection with just to find out that she has a boyfriend. The decent ones probe a little and seeing that the woman is committed, decide to give up and let things be. Now this power of incumbency thing really depends on the level of commitment given by both parties in the relationship. If it is a strong one, the competition effectively backs off knowing that he or she doesn’t stand a chance. If it is tenuous, the competition attacks and does everything to win the man or woman from the incumbent. Just like the political scene: the candidates lobby for votes, promising heaven and earth, the people get persuaded or seduced and end up liking the candidate and decide to give him a chance. Upon getting his or her chance, the candidate may decide to go on a looting spree, and not deliver on his or her promises. Or maybe after a few years of development, and catering to the needs of the people, the candidate begins to neglect them; effectively leaving the people disgruntled and open to wooing and being snatched by another candidate in the next elections.

Truth is the incumbent boyfriend or girlfriend must be alive to his or her responsibilities; they shouldn’t just rest on their oars. Many men and a few women are guilty of this. Yours truly has been guilty of this too. Maybe it comes from a sense of overconfidence (well, that’s what happened in my case); where the man feels like he is the “man”, “nothing do me!” Maybe I felt that after so much courting, and convincing and finally getting the babe, that things were seemingly going well and I just slacked off a little bit…well, maybe more than a little bit. Believe me, the competition can smell an opening a mile away and they will swoop in and take over if you give them small chance…just ask Hon. Dimeji Bankole!

But I think that generally the incumbent does have the upper hand. He or she knows the other better, has spent a lot more time with them, and can even predict their behaviour. The incumbent is not some stranger that one does not know and trust; that one has to spend a lot of time getting to know; that might not deliver on his or her promises. I mean, why go with someone that may or not be an angel when you can continue with the devil you know? Even when a new candidate comes with a better offer, and promises some much needed change, it still remains quite difficult for the boy/girlfriend to let go of the incumbent for the new guy or girl. Why? Maybe it’s because it requires a lot of energy, work and effort to get to know someone new. I mean going through all the motions again can really be tiring and numbing. Case in point is the presidential elections, where change was the catchphrase of the election year but when it came down to it, it was so much easier to go with the incumbent.

So you see, political science does play a role in relationship science; or is it the other way round? Is your broom truly sweeping clean? Or do you require an umbrella that may or may not offer that much needed protection from the sun or rain? Whatever decision you make, only time will tell if you have made the right decision…four years isn’t such a long time, or is it?

After the Polls: The Journey to a United Nation