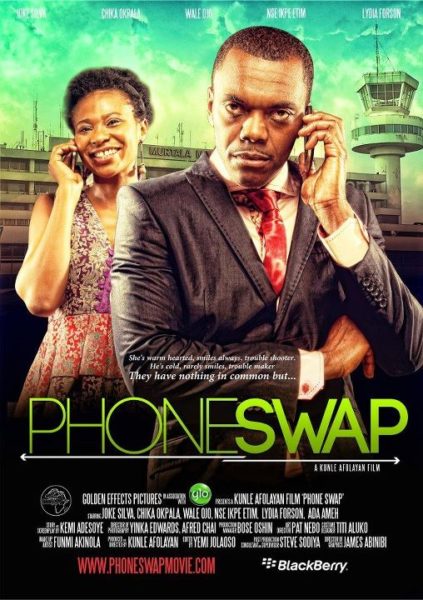 Just a few hours after a review of D’banj’s New York concert, the New York Times has published another Nigerian entertainment industry focused article. This time, the focus is Nollywood. The article titled “A Scorsese in Lagos – The Making of Nigeria’s Film Industry” was written by NYT contributing writer, Andrew Rice.

The primary focus is Nigerian filmaker Kunle Afolayan who according to Andrew Rice, “…wants to scare you, he wants thrill you, he wants to make you laugh, but most of all, he would like you to suspend your disbelief — in his plots, yes, which tend to be over the top, but also about what is possible in Africa.”

It also explores the roots of the Nigerian home video industry and the current key players (the Alaba Cartel, the Actors Guild, Pirates, marketers and producers).

In other Kunle Afolayan news, the filmaker has released the 2nd official trailer for his new movie, “Phone Swap“.
In case you missed it,

Akin and Mary meet for the first time at an airport where they accidentally bump into each other and mistakenly swap their identical phones .
This leads to a destination mix up after they receive one another’s text regarding a travel destination.
Consequently, Akin ends up traveling to where Mary is supposed to go and vice versa.
Neither knows about the swap until they have reached their opposite destinations and “the phone” stops ringing (In Mary’s case) and “Won’t stop ringing” (In Akins’s case) .
As a result of the phone swap, they agree to help carry out each other’s missions, armed with the information and data on each other’s phone.
But it’s not as easy as they both think as new obstacles and complications rise at every turn as they both struggle to adapt to their alien environment and situation.
Mary has to walk in Akins shoes and represent him in a company meeting while Akin has to represent Mary in her the family meeting. This they do with hilarious results…

Related Topics:Kunle Afolayan
Up Next