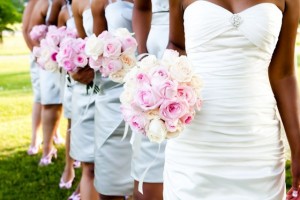 I was at a wedding recently and got talking to a friend of a friend, and the inevitable question about my marital status came up. ‘I’m not married’ I said. He seemed to be rather surprised, and said ‘It’s weird because when I see a beautiful girl like you that’s single I sometimes think- what’s wrong with her, why hasn’t she been scooped up?’. I had to mentally restrain myself from head-butting him right in the middle of the wedding! After several calming breaths, I explained to him that I wasn’t married because I hadn’t found the right one yet, and I’d rather take my time and be happily married than marry in a hurry and be in a marital prison. In spite of my better judgment we talked some more and he agreed with my opinion, and I realized that he actually didn’t mean it in a bad way. Sadly he’s not alone with his reasoning. Several times I have overheard conversations where no matter how accomplished a woman is, the fact that she may be over 25 and unmarried means there’s something seriously wrong with her. Till this day I really struggle to understand that concept.

A few years ago I remember my friend told me about a cousin of hers who is a medical doctor. She was intelligent, good-looking and good-natured – you would’ve expected her to be the pride of her parents’ right? Well not in this case. See she was about to turn 35 and wasn’t married, and that was something her parents found terribly shameful. It got so bad that her parents were desperately looking for ‘marriage ready’ men to marry their daughter. Eventually a marriage was ‘arranged’ and my friend dragged me along to the wedding. I got there in time for the reception, and was looking forward to seeing who the groom was. Upon my first glance, he looked decent…then it came to the speeches, and I kid you not, the groom spent the first 10 minutes talking about how grateful he was that he was able to get his visa so he could be here, blah blah blah. I initially thought  he was joking, but he continued talking about how he was thankful to God that he made it to theUKand so on. He eventually mentioned his bride, and you could tell that this wasn’t a couple that had fallen in love and had decided that they wanted to spend the rest of their lives together. As we left the wedding, we talked about the situation and I was sad…very sad to be honest. I didn’t know the bride personally, but I was upset because it seemed that all of her achievements were irrelevant because she wasn’t married. And I thought, why is it that till today, it seems as though the height of a woman’s achievement in life is marriage?

I’m sure we can all recall a conversation (or two) we’ve had or overheard where a certain woman’s achievements have been discussed, and then someone says ‘but she’s not married’ and then you hear the ‘eyaas’ etc. I get it every now and then, it starts off with ‘you’ve done well in your career, but you better go and get married’ as though getting married is the ultimate goal in my life! Don’t get me wrong, a lot of people that know me will tell you that I am very much the hopeless romantic, and getting married is definitely part of my plans, but is it the ultimate goal? No! The ‘you better go and get married’ speeches infuriate me, and I so want to scream ‘is that the only reason I’ve been put on this earth?!!’. Surely in terms of achievements a woman can have in her life, ‘getting married’ should not be the number 1 goal? It is definitely one of the important ones for me, but the main one? Naahh.

After several discussions/arguments with my dear mother, I think she finally understands my views. She is very proud of what I’ve achieved career-wise, but almost every time we attend a wedding together we tend to have the same conversation. It starts off with her saying in Yoruba ‘We’ll do your own like that’, to which I respond ‘Amen o’. Then she looks at me and says ‘when will that be exactly?’ It took me a while to master the correct response, but now I simply say ‘When I’ve found the right one’. We then go back and forth with her thinking I’m too focused on my career, to which I now respond ‘Do you want me to get married just because society thinks I should or do you want me to marry the right person and be happy?’. For extra measure I’ll add ‘I can find and marry someone in 6 months if you want, but chances are I’ll probably move in with you in about 3 years if things don’t work out (This response tends to win me the argument).

Truth be told, in my 3 years back in Nigeria there were a few situations that could’ve resulted in me getting married, but things just weren’t right. Either I couldn’t really be myself with the person, or I knew I wasn’t compatible with the person. Bottom line is that I refused to get sucked into the mentality that all my accomplishments in life were somehow irrelevant because I was yet to achieve goal ‘numero uno’ – marriage.

All of my married friends have that one piece of advice – ‘take your time, don’t rush into it’. A good friend recently confided in me and told me how important getting married to her had been. She had been obsessed with getting married before she hit the big “3 0”.  She got married when she was 26. In retrospect however, she felt as though she should have waited. Waited to make sure that this person was the right one for her, rather than let herself be motivated by the ‘I must marry before I’m 30’ fear.

I must admit, it’s hard to stand by your guns and not give in to the ‘you must marry to validate yourself as woman’ pressure, but then I think about it like this – if I make a rushed or ill-informed decision on who to marry, will the ones that are putting the pressure on me come to my rescue and get me out of the situation, or will I be forced to grin and bear it? So this is my outlook, ladies if you are able to find and marry your soul-mate straight out of school/university, that’s great, but if things don’t happen that way, it’s still ok to take your time and wait for the right one, not ‘Mr Perfect’ (because he most likely doesn’t exist) but ‘Mr Right for You’ – remember God’s time is best. Most importantly, if you have achieved a lot in your life and are of good character, don’t let anyone let you feel less about yourself because you aren’t married!

Note from Toolz: Yesterday, before I sent this article to the BN team, I posted this tweet to encourage discussion:

‘The height of a woman’s achievements in life is NOT marriage”.

I didn’t feel this was particularly controversial, but I was quickly proven wrong. The responses I got (particularly from young women) was disheartening. Here are a few examples,

“If you are 30, and have no husband or children you are not a woman”.

“I am sure that statement was meant to defend your self. Why don’t you stop deceiving people wit your ludicrous ideas. When u have failed to carry out your mission assigned you from God in life, consider yourself a failure”.

Can someone please remind me which century we live in? In retrospect, perhaps I should’ve tweeted: “The height of MY achievements in life is NOT marriage”.

Nevertheless, I was  surprised about the very negative feedback – was it wrong of me to think that most women would like to achieve much more than marriage in their lives? For example, Joyce Banda married (for the 2nd time) in the 1980s, a great achievement no doubt, but she didn’t stop there as she had set other goals for herself. She worked hard, and went on to become the first Female President ofMalawi. What do you guys think about these twitter comments? Should marriage be the most important goal for every woman or are there other things to life, including marriage? What do you guys think?

How to satisfy a Man by Tobi Atte

A Reader’s Guide to Relationships!