As Nigeria Marks its Return to Democratic Government, how would you Rate Goodluck Jonathan’s Administration? 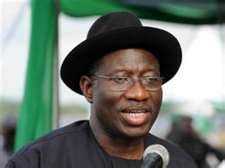 It’s been two years since Goodluck Jonathan assumed his role as President of Nigeria. In 2010, following the death of Former President Umaru Yar’Adua on May 5th, he was sworn in as Yar’Adua’s successor the following day, becoming Nigeria’s 14th Head of State.

On 15 September 2010, Jonathan, in a message on his Facebook Page, said he had finally decided to run for the presidency after wide consultations with various organizations across the country. This single action of his made him the first ever sitting president to declare his re-election bid via social media.

He went on to win the election in 2011 earning 77.7% of the valid votes cast. On 18th April 2011, Jonathan was declared winner of the election. His victory was, however, followed by violence in the northern states over claims of vote rigging.

Last month, he made the Times Magazine 100 Most Influential People in the World list where he was described as ‘possessing  the qualities needed at this moment of great challenges, having come to power at a crucial moment in the history of Nigeria.’

In his characteristic way of connecting with Nigerians through his Facebook page, the President listed his achievements in different sectors of the economy. The well decorated list was quite exhaustive. They include:

Aviation: Total Radar Coverage of Nigeria (TRACON) project completed in 2010, as a result no commercial airline crashes under the Present administration; From four International Airports Nigeria now has five (Facility Upgrade of Enugu Airport makes it the fifth)

The Economy: On March 29th, 2011, The UK Government in London described Nigeria as the fourth fastest growing economy in the world; The Federal Government under President Jonathan has secured investment commitments worth 4.89 Trillion Naira.

Health: The UN confirmed in September 2011 that maternal mortality in Nigeria has reduced by 42% between 2008-2011

Diplomacy/International Relations: President Jonathan has hosted the British Prime minister, David Cameron and the German Chancellor Angela Merkel in Lagos and Abuja respectively; President Jonathan was received at the White House in June, 2011 where he had a one on one meeting with President Barack Obama.

Entertainment: This administration has provided a $200 million credit facility for the exclusive use of the Entertainment Industry and has followed this up by providing those in the industry who want to access these funds training provided by the Lagos Business School also known as Pan African University.

Power: Set up the Nigerian Bulk Electricity Trading Company to guarantee investors in the power sector a return to their investment thus stimulating FDI in that sector; Privatization of the power sector on course with the process set for completion in October of 2012.

This is just a brief summary of the very long list, however, all these seem like over-embellished words when compared with the reality of conditions in the country.

The country is still far from achieving stable power supply and in some areas, electricity supply is completely non-existent.

The education sector is fraught with declining standards whereas health service is moving at an ever slow pace.

In January 2012, the President greeted Nigerians with the worst New Year gift ever – the removal of fuel subsidies. Within minutes, fuel prices skyrocketed from N65 per liter to N140 further plunging the citizens into hardship. Although the price was later reverted back to N97 per litre, memories of the protests and difficulties Nigerians faced during that period would forever be etched in our memories.

The deadly attacks that heralded the Boko Haram insurgency is perhaps one of the greatest shocks Nigeria has faced. The country is still enveloped in a cloud of insecurity with many fearing the repeat of bomb attacks by the radical Islamic group. This has been followed by calls from the international community to brand Boko Haram as a Foreign Terrorist Organisation, which if granted would no doubt hamper the country’s reputation.

Placing the President’s version of his achievements against his promises therefore give him less credibility as most of the reforms he assured Nigerians of at the start of his tenure are still yet to see the light of day.

It is quite difficult to believe that he is the same President Nigerians enthusiastically voted for.

How about you? How would you rate the performance of the Goodluck Jonathan administration so far? What are the areas you would want the President to improve upon? What achievements do you think his administration has made in the past months of his tenure as President?