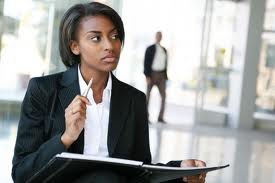 “I didn’t even complete my university education” – Bill Gates

“In my childhood days, I stitched shoes” – Abraham Lincoln

“I used to sleep on the floor in friends’ rooms, returning Coke bottles for food money, and getting weekly free meals at a local temple” – Steve Jobs

“My teachers used to call me a failure” – Tony Blair

Just like several other blackberry phone users I received this broadcast, read it slowly and the first thing that came to my mind was “yea, right”.  And then I received it again and again and again and again…and that is when I thought, “apart from highlighting the accomplishments beyond circumstances of the individuals listed in the broadcast, did the originator have something else in mind that I am not discerning?’

Yes, Oprah was raped at the tender age of 9!  Yes, Bill Gates didn’t even complete his University education!  And blah blah blah!  They are supposedly true stories of people who went from total nothingness to huge “success” and thus are celebrated worldwide. I trust some would probably crucify me about my perceived lack of appreciation for the successful and awesome life stories of these world famous and renowned persons. But, can we just pause to think of the millions of persons who will read this blackberry broadcast and make “unrealistic” comparisons with their own lives?  Think of the forty-something individuals who will read the broadcast and consider their “average” lives not successful enough. Reflect on the teenagers who will likely read this broadcast and unrealistically assume that the success of these individuals is the worldwide approved parameter for measuring their own future success.  Now, imagine the disappointments and frustrations when these young ones put in a lot of effort as these successful individuals (if not more) and still never achieve their level of fame and wealth.  Did someone just mention destiny?  Yea, right!

Some may also argue that success is subjective.  So, why is Iya Tunde who single handedly trained all her six kids through University with the proceeds from her roadside smoked fish shed missing from the list?  What is the measure of “success”?  Is there a meter for it?  At what stage does one earn the right to be referred to as successful?  Does it have to be acknowledged worldwide before an individual can be accurately referred to as successful?  So many questions and no objective answers in sight.

What then is success?  According to the free online dictionary, it is the achievement of something desired, planned, or attempted; theOxforddictionary defines it as the achievement of an attainment or purpose which could be fame, wealth or social status.  In summary, success can generally be equaled with fame, wealth, social status and the attainment of something desired.  Now more questions arise!  If an individual desperately desires to attain something (Note: even though he doesn’t really need it to survive) and ends up not attaining it does it mean he isn’t successful and thus a failure?   Does a man happy with his situation in life but not famous not deserve to be called a success?  Is the nun who devotes her life to the church rather than the pursuit of wealth not qualified to be called successful?

Let’s call a spade a spade.  Success in the world today is being equaled to the pursuit of materialism and that is the underlying tone of both the blackberry broadcast and the dictionary definitions.  Before you all judge me, I urge you to strip all prejudices aside, open your minds and carefully consider all sides of my argument.  If after coming from an underprivileged background, you have to be as wealthy as Bill Gates or as famous as Oprah Winfrey to be considered a success then something is terribly wrong with the world’s mentality.  Everyone has their own unique circumstances, upbringings, backgrounds, goals and all these together makes up their unique story.  It is from this unique story that each individual should view their measurement of success and not from the Bill Gates and Wole Soyinka’s of this world.  However, it is sad to note that in reality majority of the world’s population focus on striving to become famous and renowned billionaires rather than focusing on the goals most important to their own unique circumstance and personal fulfillment.

I totally support being inspired by another’s story, that story should however not be a threshold for another’s life journey.  To achieve true and lasting fulfillment, individuals shouldn’t base their success on another’s story whether famous or not.  We are different and have our own unique stories.  Each individual also has his/her own imprint to leave behind whether it’s just in the hearts of members of our nuclear families, small communities or shared with the entire world.  Forget the dictionary definitions!  Success can be found in every one of us.  It’s as simple as being realistic and honestly looking inside yourself to discover what you consider worthy of being called successful for you and your circumstances, and achieving it.  Your success could be measured by how many kids you can bear, or how happy you make your family or even completing a University degree programme or perhaps by being known by the whole world.  Whatever success is for you should come from you and from no one else.

The Benue Notes: Introducing the Nongov Community Primary Health Centre Project – You Can Change the World, One Community at a Time!