Till We Meet Again! Liberia's Yadel & Luke alongside Sierra Leone's Dalphin are OUT of the Big Brother StarGame | Zainab Upgraded to Upville 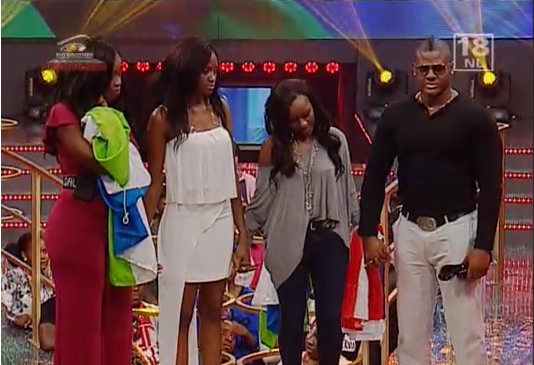 After a strenuous week in Downville, Liberia’s Yadel and Luke and Sierra Leone’s Dalphin bade goodbye to the Big Brother StarGame. As usual, the housemates gathered in the lounge in anticipation of the fate of their fellow housemates.

Sierra Leone’s Zainab and Dalphin were the first to be asked to leave the house, followed by Liberia’s Yadel and Luke. When asked about her relationship with Angola’s Seydou, Zainab said they don’t really hate each other but they just didn’t get along, Dalphin said she enjoyed every moment in the house but she didn’t like how some people took advantage of each other and when Yadel was asked if she is still in a relationship, she replied “I was and I hope I still am”

Then the moment of truth finally or rather unfortunately came as the BB Host –  I.K Osakioduwa announced that Dalphin was the first person to leave, then Yadel and finally Luke. I.K informed Zainab that she is still in the running for $300,000 and she will be heading Upville.

Yadel, Luke and Dalphin will surely be missed. Quick question BellaNaijaraians, who do you think will be Zainab’s best pal in Upville? Do let us know what you think.

The Drama behind the Arrest of the Suspected Suicide Bomber at Radio House, Abuja