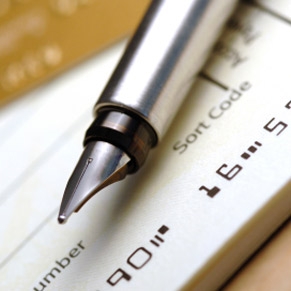 From January 8, 2012, the Central Bank of Nigeria, CBN has said that having a National Identity Number, NIN, would be a criteria for owning and operating a bank account in the country.

To this effect, from September 1 this year, CBN in conjunction with the National Identity Management Commission, NIMC, and the Nigeria Interbank Settlement System, NIBSS, would commence a three-month enrollment exercise for all existing banks’ customers to capture their biometrics and issue to them NIN as well as a General Purpose Identity Card.

This was announced via a circular to all deposit money banks, microfinance banks and primary mortgage institutions, PMIs, on the use of the National Identity Number, NIN, for the Know Your Customer, KYC, verification.

The circular said: “As part of CBN’s efforts to bolster the banking industry and the entire financial system, the Bank in the recent past commenced steps to overhaul the KYC processes in banks, including the recently concluded customer account verification exercise.

In furtherance to this exercise, the Bankers Committee at a recent meeting resolved to adopt the new National Identity Number, NIN, which is expected to be issued from September 2012 by the National Identity Management Commission, NIMC, in conjunction with its front-ends partners as the new basis for KYC for financial transactions going forward.

“As you may be aware, the NIMC was established by the NIMC Act 2007, to establish, operate, maintain and manage the new National Identity Management System, NIMS, which is the avenue for achieving government desire to develop and deepen the customer credit sector, enable e-payment, facilitate financial inclusion, develop commerce and harmonise all existing and future identification scheme.

The output of the NIMC is the issuance of national Identity numbers, i.e. an eleven digit number which is unique and unchangeable to an individual and the issuance of a general multi-purpose card, GMPC, based on chip technology to all citizen and legal residents in Nigeria.

The new system will be backed-up by a central standardised identity data base which will in turn enable financial institutions verify the identity of their customers on an online-real time basis using their NIN biometrics.

“Consequently, the CBN hereby directs that starting 8th January 2013, the NIN would be become the basis for KYC verification and compliance by all deposit money banks and by extension other deposit taking financial institutions including microfinance banks and primary mortgage institutions, PMIs, in Nigeria.

This enrollment exercise is planned to be completed by the 31st December 2012.”

What do you think about this development? Is the National Identity Number going to facilitate good banking practices? How far would it go in improving the Know Your Customer, (KYC) verification in banks?

On Becoming a Man: Random Thoughts on Motivational Talks