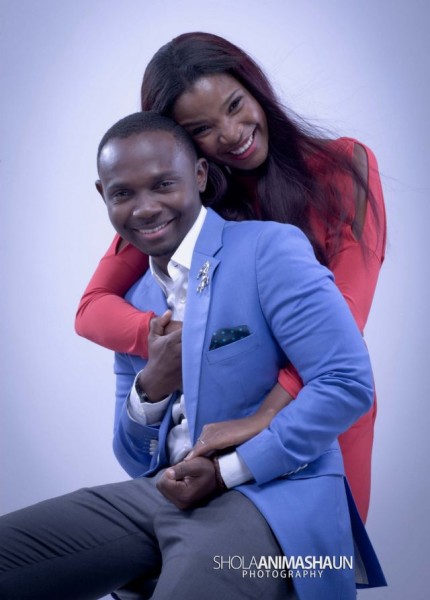 Not too long ago, BN unveiled to you, exclusive details on the wedding between Nigerian Comedian and TV host – Teju Babyface Oyelakin and his model/beauty queen fiancee, Tobi Banjoko, set to take place in Lagos on Thursday 30th August 2012 and Saturday 1st September 2012.

Just before the couple say I do, check out Shola Animashaun‘s behind the scenes video of the couple during their pre-wedding photo shoot at his studio. In the video, Shola captures the couple laughing, dancing and not afraid of being affectionate. We totally love their love!