Divorce & Tears...Been There & Done That! Bimbo Turned It All Around - Life As a Happy & Blessed Nigerian Single Mom 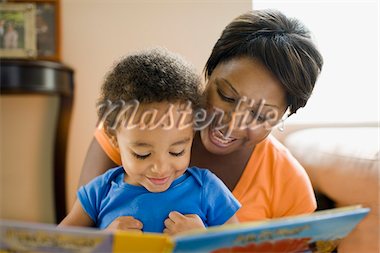 Just the other day a ‘well meaning’ married friend of mine called me up to ‘advice’ me on settling as a mistress. I went further to ask if her husband could be the candidate and she got very angry stating that she was only trying to help me in my current ‘condition’.

This so called condition is being a single mom in my 30s. I was in a seven year physically and verbally abusive marriage. When the abuse started to get more physical than verbal, I decided to leave for both our sakes and our two beautiful children involved.

For the past three years now I have been a single mum and trust me it has not been an easy experience. Starting over is never an easy feat. It takes a whole lot of guts and changing of one’s mindset to find the way forward. Especially, if it is a case of stooping from grace to grass, whereby you are literarily back to square one emotionally, financially and spiritually.

Being in this situation has helped me to understand why the counseling and psychiatry sessions inculcated abroad are actually very important. Unfortunately, our environment and culture do not really embrace such. So, you just end up sinking or swimming and so help you God!

For me the first year was the worst because it had not yet dawned on me well that it was now me, two children, no job and an angry ex-husband who tried to get at me by not providing financially for his kids. It was quite horrible and I must confess I looked at suicide as an option. When it came to actually swallowing my poison of choice which was ’otapiapia’ a locally made fumigant, I couldn’t go through.

However that was the turning point because it made me realize it was now me, myself and God. I used to have so many friends but by the end of that first year I could count on one hand those who truly cared. It was like I became ‘persona non grata’ and that hit me hard and affected my psyche for a while.

To counter this, I went on a little ‘girls gone wild’ episode with men that did not offer me much because most of the men felt they were doing me a favor by dating me as I was supposedly a ‘second infact third hand human  being’! Also at that time the people I surrounded myself with were also of that mindset that you have to just settle for any kind of man often time married because the odds were stacked against you.

Moving into the second year, still financially struggling and emotionally destroyed I started to focus on the spiritual part of me. This is basically the essence of who we are as humans and I started to rebuild my inner self and change my mindset. I learnt to imbibe humility and started doing odds and ends to feed myself and my children. I broke off all those unfulfilling affairs and connections as well as distanced myself from those people that felt compromising negatively was the way to survive.

Trust me that was another hard path to go through. Gradually I started to appreciate who I was and the hand that fate had dealt me. I came to realize that life isn’t exactly fair but hey guess what? It could have been worse and the fact remained that I still had a lot to thank God for…being alive and well to start over and two wonderful children to live for.
Being single again is not exactly a walk in the park though because it is as much a state of mind as it is a state of relationship. It is not bad in itself but what is bad is losing hope that one will ever find anyone that will love you again. Personally, I still have some good days and some bad days when I just crave having someone to call my own. Not even in terms of sex but just having a man that cares, takes me out, calls me up and loves me to pieces (deep sigh)

I have come to learn though that it is better to wait for the real deal from God rather than force it yourself due to heightened emotions one might be going through as well as people’s perception. Do not let anyone deceive you, as a single mum you are as much a wonderful human being  as any other person and you need to make yourself a good role model for your children.

I am now in my third year of being a single mum and things have eased up a bit to the glory of God. The children’s father now chips in financially from time to time. My wilderness period has made me a stronger person. I have also been able to learn some vocational skills like sewing, soap making, catering and yes writing.

I am presently pursuing a lifelong dream career in the broadcast media and I can hold my head up high and say I am indeed making lemonade out of the lemons that life dealt me.