The Benue Notes: Where We Are - Updates on the Nongov Primary Health Centre Project

It has been a while since I wrote about the Nongov Project here on BellaNaija and I thought to give a summary of updates since the last time. I will also clarify certain points.

Nongov is not my own coinage! No, I did not ‘form’ that word, neither is it a short form of ‘Non-governmental’ as many readers seem to think. The Nongov community is real and that name is pronounced ‘None-ghoo’ with the stress on the first syllable. In Benue State, the more popular Nongov people are resident in Guma Local Government Area of the state. The one in which the proposed primary health centre is to be located is a minority group which migrated from Guma several decades back and settled in Buruku Local Government.

Where we stopped building…

What has happened since the last time? The last post documented in pictures, the progress from the beginning to the completion of the building’s foundation. Shortly after the end of my service year in June, I returned to Benue to try to push the project  a little further before returning to Lagos. Since then, we have been able to purchase forty-five bags of cement (special thanks to the donor of largest single contribution of N108,000 so far, a young Nigerian who has specifically asked not to be named).

After several failed attempts to see certain people who seemed to be often unavailable, Ati Terkula (a journalist from the Tiv-speaking parts of Benue State) whom I had first met via the social media a couple of years back gave me three contacts. I eventually met with Mr Justin Gbagir who serves as the Chairman of BENGONET, a network of NGOs in Benue State. Incidentally, he is from the Mbagen clan, a larger community of about 250,000 people, to which the Nongov community (about 10,000 people) belongs. I briefed him, showed him printed photographs and the blog (thenongovproject.wordpress.com). He got my contact details and promised to raise the issue with relevant stakeholders from the community after making a few phone calls. He however cautioned it might take some time to get the project completed considering its magnitude. 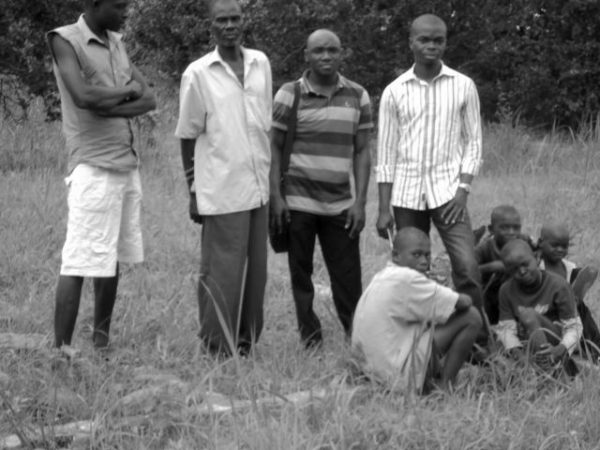 At the project site: with the rains came the grasses!

What about sustainability of the Primary Health Centre Project? On completion of the primary health centre building, the state Ministry of Health is expected to equip and staff the centre whilst the community would constitute a management board which would see to the running of the centre. Volunteer community health workers, selected evenly from all villages in the community, would also be trained in order to ensure effective health education, sensitization and awareness amongst the people. There is also the possibility of getting Corps members with health-related backgrounds to the facility on completion. They would be adequately accommodated.

One more visit to Nongov:  Onyedika Okpala, a Batch C Corps member and friend will continue to oversee the building project as long as there are resources to continue with. We paid a visit to Gbeji Village (the exact location of the project) which is central to other villages in the community, in order to further encourage the community leaders to press for support from their political representatives. We met with Dev Saater (the first son of Dev Poor, the kindred head), who now heads the village since his elderly father became a kindred head overseeing a larger group. He promised to make contacts with some relevant people too, and even called the Councilor representing the ward. He also promised to mobilize the people of the community whenever the building commences.

On trust issues: Many people wouldn’t donate towards since the account number was in my name. Obtaining an account in the name of the project (whether in collaboration with an NGO or the host community) was going to be a rather tedious process considering the little time I had left as a Corps member at the time. Now that some more contacts are being made, I hope that when I visit Benue in a few weeks’ time to follow-up, I would be able to get that aspect sorted. Perhaps, the Mbagen Development Association (www.agen-da.org) would be able to do this.

I hope we  are able to get the project to completion. It is my dream to see the Nongov Community Primary Health Centre completed and truly functional for a long time to come. I want no applause, and I mean it – I just want this done and the poor and ‘voiceless’ eventually empowered to live responsibly.

How can you be of help to the people of Nongov and other places in your environment? Do something definite within your powers today. “Big Thanks” to everyone out there who has helped to keep the dream alive till today. God bless you real good! 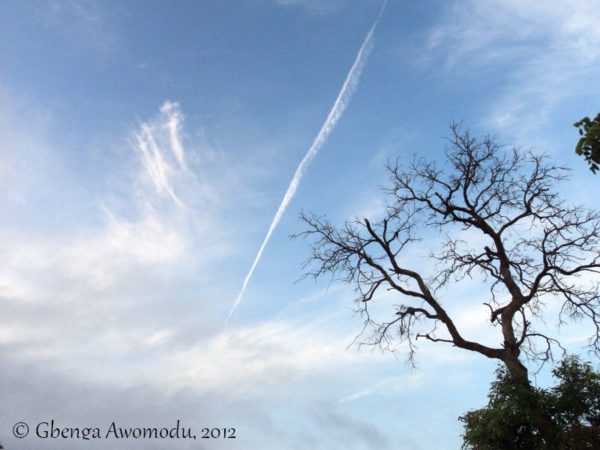 Gbenga Awomodu is an Editorial Assistant at Bainstone Ltd./BellaNaija.com. When he is not reading or writing, Gbenga is listening to good music or playing the piano. Follow him on Twitter: @gbengaawomodu | Gbenga’s Notebook: www.gbengaawomodu.com | Facebook Page: Gbenga Awomodu