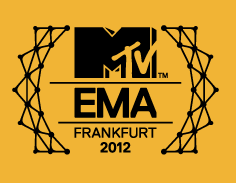 The MTV EMA (MTV Europe Music Awards) are such a huge affair now because it is an award show that gives kudos to artists all over the world as its World Wide Act category. which was introduced last year, includes different Regions – Africa/India/Middle East, Asia Pacific, North America, Latin America and Europe. The nominee with the highest vote in each regions will be nominated for worldwide act.

Don’t miss the 2012 MTV EMA, airing in the U.S. on MTV2 at 11 p.m. ET/PT on Sunday, November 11. Fans can get in on the action beginning Monday (September 17) by voting in all EMA categories online at MTVEMA.com or m.mtvema.com on their mobile phones. Voting for EMA categories is open from now until 11:59 p.m. CT on Friday, November 9.

New Video: Mide – Any Which Way