There has been a disturbing and increasing rate of robberies in Lagos state over the past few weeks.

In the early hours of Saturday 15th September, 2012, Nigerian rapper, Flowssick was robbed on his way back from the Hennessy Artistry club tour which took place at the Likwid Lounge, Victoria Island, Lagos.

He was in the car with Kolawole Ajayi, the CEO of Kollertunz Records where he is a signed on artiste and a member of the production crew. The robbery took place at the entrance of Modupe Street, Folagoro, Lagos somewhere between 3.30 am and 4pm.

In a press release sent to BN and also published on the Kollertunz Records website, Mr. Ajayi recounts the robbery incident:

The management and team of Kollertunz Records wish to inform the general public of an armed robbery incident that involved the snatching away of a GREY TOYOTA AVALON TOURING with the registration number MU302ABC owned by Kolawole Ajayi, CEO Kollertunz Records. This sad and traumatic incident occurred at the early hours of Saturday morning when Mr. Kolawole Ajayi along with our artiste Flowssick and a member of production crew were attacked at the gate of the street by four armed bandits.

We implore the public to be on a look out for the vehicle which was taken along with personal effects (4 Blackberry phones, cash, I pads, Mac-2 5D digital camera and accessories).

He was kidnapped, striped naked, drugged and dropped on Ikorodu expressway. Kindly contact us on 08066851445 or the nearest police station if you have any information that can lead to the recovery of the car and the accessories. Thank you and trust your kind gesture in being a brother keeper.

When BN contacted Mr. Ajayi, he said himself, Flowssick and the third occupant of the car were OK.

“Thank God that I am alive,” he said.

Speaking on Flowssick’s condition, he said, “He was seriously beaten. He was tired and sleeping already in the car when they attacked us. But he is getting better now.”

He recalled that after the robbers told Flowssick and the third occupant to leave the car, they kidnapped him and beat him up severely in the car as they drove along. After which they stripped him of all his clothes and left him naked on Ikorodu road.

“They beat me inside the car very well, infact very well. They pancake my face for me small. They gave me 3 tablets to swallow by force but I hid it under my tongue. Then they drove down to Ikorodu road and they dropped me stark naked at Onipanu bus-stop.”

“It took me a while before I could get back home. I had to walk all the way from Onipanu stark naked to Jibowu before I was able to see some police men to help me.”

When asked if he didn’t get any help from people driving or passing by, he said “Would you answer a tall naked man asking for help on Ikorodu road at 4am? If you were the one would you?”

He added that some valuables were taken from them including 2 ipads , 4 blackberries and about N400,000 cash. He also said the case had been reported at Alade Police Station, Somolu and the police had begun investigations into the case.

We thank God the three men are all alive and doing better. We have heard various reports of such robberies where the victims were shot or killed. We are glad that theirs wasn’t the case. However, we call on the relevant security agencies to improve security on our roads as the robbers are getting even more daring.

A picture of the stolen car sent in by Kolawole: 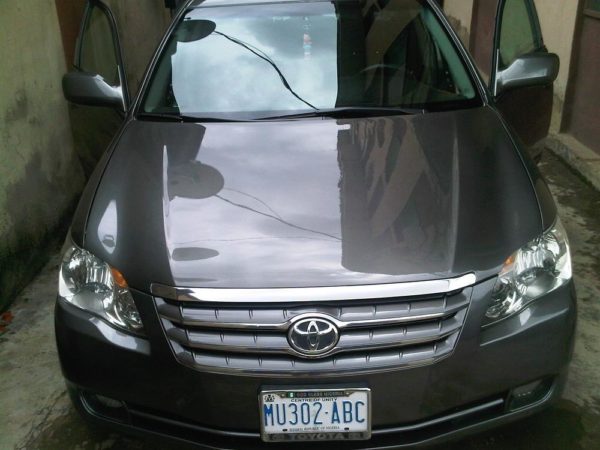