Yipee! It’s time for another fabulous edition of BN Pick Your Fave.

One outfit trending all over the world is the Peplum dress. This frock has been showcased by top designers around the globe and famous celebrities have been spotted donning it at various red carpet events and social gatherings. 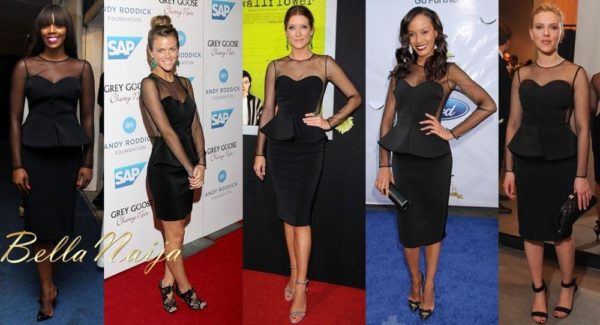 Today, we have not 2, not 3 but 5 gorgeous ladies including Kele Kele Love songstress, Tiwa Savage, model/actress, Brooklyn Decker, TV Star, Kate Walsh, top model, Selita Ebanks and Avengers star, Scarlett Johansson, battling it out for your fave in a black peplum trimmed dress with a sweetheart neckline and sheer yoke and sleeves by British designer, Stella McCartney.

Kicking off our Pick Your Fave countdown is Avengers star, Scarlett Johansson. The 27 year old American actress was first spotted in this Stella McCartney frock at the Runway to Win Fundraiser for the Obama Victory Fund at the Theory Store in New York City on Tuesday 7th February 2012.

Scarlett who hosted the event that night, accessorized her outfit with black strap heels, a Chanel clutch and finished off her look with minimal make-up, diamond studs and a sleek up do. 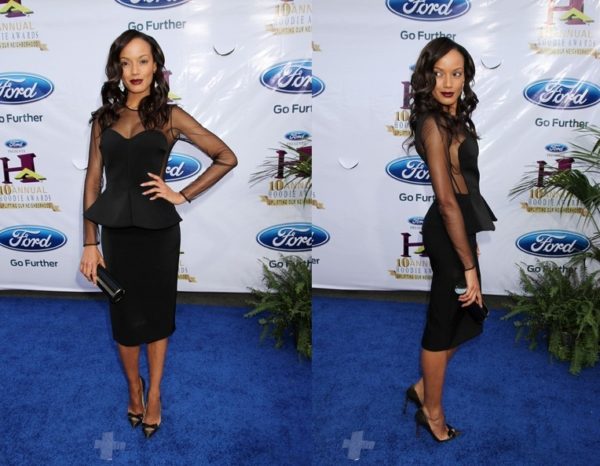 She is one of America’s highest paid models and a style star that has access to lots of clothes by top designers. On Saturday 4th August 2012, Selita Ebanks arrived at the 10th annual Hoodie Awards, an event that honours local businesses, religious and neighbourhood leaders, churches and high schools for their contributions and excellence, held at the MGM Grand Garden Arena, Las Vegas in the same Stella McCartney frock.

She rocked the peplum frock very well by opting for bow accented Christian Louboutin “Love Me” pumps, a black Jimmy Choo clutch, glossy wavy locks and a dark pout which is one trendy look spotted on various Fall 2012 fashion presentations.

For the Los Angeles premiere of The Perks of Being a Wallflower, Private Practice lead actress, Kate Walsh showed up at the Arc Light Cinerama Dome, Hollywood, California on Monday 10th September 2012 in the famous Stella McCartney peplum dress.

We are not picking our fave yet, but the 44 year old proved she can battle with the younger ones and she looked absolutely stunning in the dress. She accessorized her look with a braided bun with a simple center-parting , light grey smoky eyes, emerald and diamond earrings and ring and a pair of strappy silver metallic sandals. 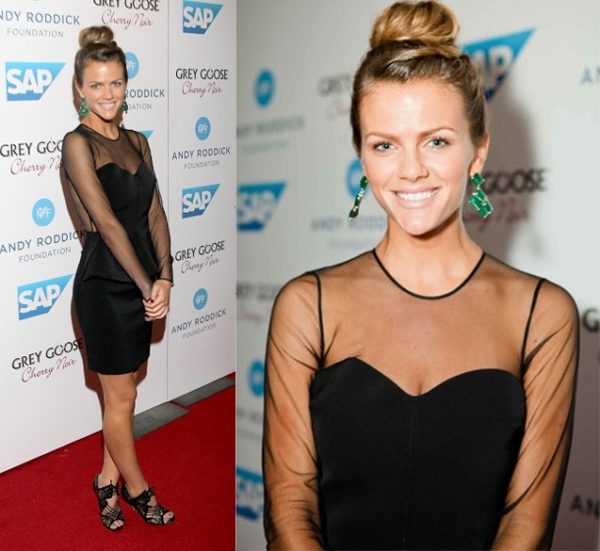 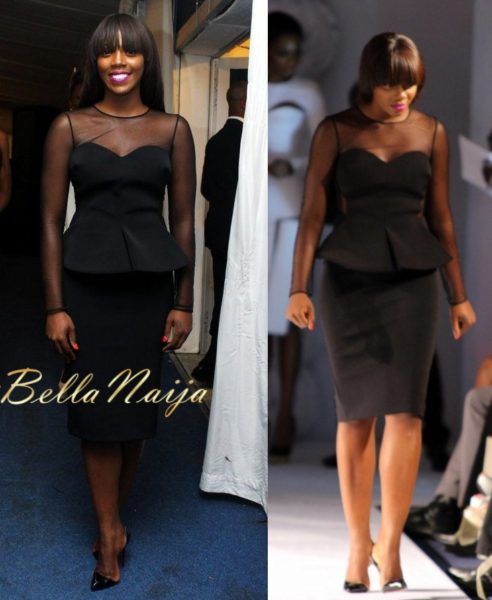 It’s Tiwa Savage! Mavin Records first lady is always one to watch at red carpet events and on Saturday 29th September 2012 at the Elite Model Look Nigeria 2012 Finale at the Federal Palace Hotel, Victoria Island, Lagos, Tiwa proved she can roll with the “big girls” by donning the chic peplum dress by the British design label.

Looking simple and fab in the show stopping dress, Tiwa added a pop of colour to her look by opting for luscious pink lips and red nail polish. She also accessorized with bangs and black heels.

Pretty hard to choose, but do tell us, who wore Stella McCartney better?