In Memory of The Aluu4, Listen to M.I - Ashes 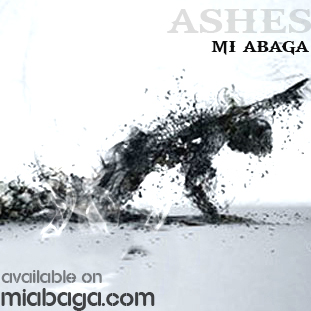 M.I pours out his heart on this new track, “Ashes” – a dedication to the young men who lost their lives to mob justice in Aluu earlier in October.

“4 young men died at the hands of a lynch mob on the 5th of October 2012. Whether or not their deaths will mean anything, or fade out of our minds as just another meaningless tragedy, is up to us and what we do from here on.

I hope this song captures that message. Nothing would be worse than for a death to mean nothing.

We were down a sandy beach,
All night talking to your mouth’s words.
Tell me where you would like to be.
Tonight don’t be afraid to dream.
Lean on the fire for a while.
Cause in the morning it’ll all just be ashes on the ground

Instead it be them, let it be me.
Since I will die inevitably,
Then let it be, that it be said
When I am dead: some other was free, some other was fed
Some other, not me, was able to see
That long as we live inside a country where no one is safe,
No one is safe.
We only evade, try to escape
The imminent doom
But closer the date looms.
It comes for all.
If we must go, then at least,
When we fall…

When we’re all ashes…
If I am slain, let them forever remember the name
Some other should gain.

When we’re all ashes…
The reason I’m gone. Let it be told, let it be known, and turned into song

When we’re all ashes…
Let it be worth
Let it be so some other can live. Let it be birth.

When we’re all ashes…
As I am hurt
As I pass, let it be last, let it be first

When we’re all ashes…
Don’t let them forget
The only regret is that we relent. We all should repent..

Feels like I stood there watching,
the pain the brutal torture
And added my silence to the violent screams
Of: Burn and torch em.
How do you earn misfortune?
Or does it come unbidden?
If life’s a painted portrait,
Who puts dark colors in them?
If there’s a God in heaven,
Surely he’s weeping now.
As all the blood is shedding
As all His people drown.

God help us all.

Rest in peace to the Students murdered in Adamawa state.

Rest in peace to those two young girls.

Written and Produced by MI Abaga

Opening sample from ‘Words In The Fire’ By Patrick Watson