It is Thursday 1st November 2012, and 20 good-looking men in tuxedoes appear on the streets of Lagos.

Passers-by steal a glance; some stand and take a long look, spell-bound by the deft moves and choreography. It is an arresting sight and pure spectacle of Daniel Craig’s legendary character was rolled up in a synchronizing effect by the twenty mystery men under the Heineken James Bond billboard across select areas in Lagos. 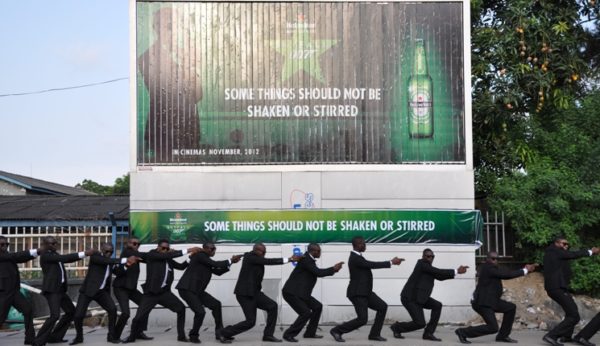 “I love what I am seeing and I can only associate these moves with the James Bond character. I guess they are doing a public awareness campaign about the ‘Skyfall’ movie which is sponsored by Heineken,” says Akin Ogunmola, a banker at Zenith bank. He also thinks this is just a dress-rehearsal!

Emeka Agwu, a businessman also had this to say: “I like the sight of these men; it’s really looking cool. But I don’t really know what they are out to achieve. Maybe they are trying to advertise a product or a film. It is beautiful anyway.” 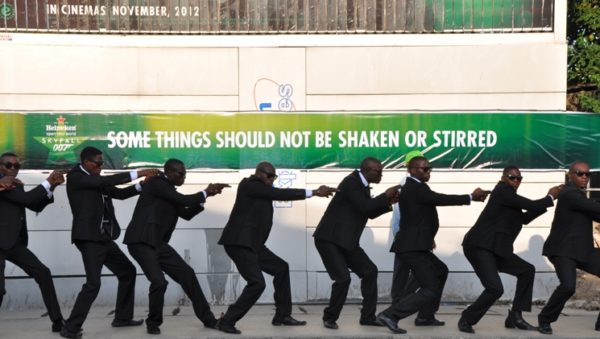 Have you seen the ‘mystery men’ in your neighbourhood? Get a glimpse below, and tell us what you think!