This is the concluding part to the article titled: Our Dangerous Addiction To Intelligence

…if number of educational degrees were directly proportional to a nations GDP, then Nigeria will be up there with the giants of the world; unfortunately, we are not.

Ada HAD 8 sisters. 6 of her 8 sisters ran away due to domestic abuse and violence and of those 6 that ran away, 3 of them died from malaria. How many sisters does Ada have left?

In primary school the answer would have been obvious and straightforward: 2 sisters. After all if 6 run away, 2 will be left. But in Secondary school, students would anticipate a trick in the question and probably determine that Ada has 5 sisters left, which include the 2 sisters that did not run away and 3 of the 6 sisters that ran away but did not die. But if it was in University we might have gotten a multitude of answers.

A Psychology major might have argued that Ada still had 8 sisters left. After all, even if 3 of her sisters were dead that will not change the fact that they were still her sisters. An English major on the other hand might have homed in on the fact that the opening statement said “Ada HAD” and that “had” being past tense means she no longer has any more sisters. A Law Major would probably have analyzed both responses above and depending on who was paying would have argued in support of either the Psychology Major or English Major. Whatever level we are at, the focus would be on getting or debating the right answer. But the problem with this question is really the answer. Because the answer is a distraction to the bigger picture and Nigerian education as a whole.

You see the people who get the answer right or argue their answer best…are not the ones that will necessarily change a Nation. But rather the ones who cannot focus on the answer without asking questions such as “why did Ada’s sisters have to die from Malaria? Why was there abuse in Ada’s home? And how is Ada doing now?”

These are the individuals that have what we call social empathy. They are able to see beyond the answers and put themselves in the shoes of others. They are the lawyers that make decisions not based on who is paying more, but rather on who is morally right. It is the banker that creates a financial law not to make profit for himself, but to make owning a home easier for those around him. It is the Engineer who designs his oil equipment not just to maximize oil production, but rather to ensure non-pollution of the environment. At the core of their decisions is a desire to make people happy.

They are not focused on showing how smart or intelligent they are, but rather how their intelligence can make lives better for those around them. But education for decades has thought us otherwise, we are brought up to focus on getting the right answers to the tough questions, which is why out of about 50 responses to the original question on Bellanaija, only 1 to 2 people commented on poverty or abuse, the other responses were focused on what the right answer was. And in our addicted focus to being intelligent we miss the point of intelligence, the point of using the material learned in school to impact our community.

That is why we have so called intelligent people, politicians, lawyers, ministers who wipe out a Nations resources without feeling any remorse. People who can wake up every day and pass by poverty without skipping a beat. And then we blame our problems on lack of intelligence in our national leaders, but the problem of Nigeria has never been a lack of intelligence. We have an abundance of that…it has instead been an abject lack of social consciousness and empathy. The big question now is this…how do we educate both the Mind and Heart in our schools?

I have a few suggestions. First, let’s change the way we offer up scholarships. Scholarships should not be given to only the most intelligent as is often the case in Nigeria. But should also be given to families in need. People who cannot afford tuition should be given a chance to go to school. When a government shows people that they care for the less privileged, students will graduate with a sense of responsibility that they have to care for others less privileged than them. But when a nation focuses primarily on how smart a person is, it creates a dangerous race to the top devoid of emotional connect.

Simply put it is not enough to talk or preach about empathy; government, organizations and individuals need to show it. Also for the sake of God let’s stop writing down the names of noisemakers. I mean we spend 12 years telling primary and secondary school students to keep quiet and then we thrust them into the world and tell them to make a change and speak up against social injustice and then berate them for not taking action! We have to break the myth that a well behaved child with good grades is the ideal student leader! I mean look at people like Gani Fawehnmi, Fela Kuti or Pat Utomi, one would be hard pressed to believe that they were amongst the quiet ones in class. But look at what they have done by simply speaking up and making noise. Let’s eliminate the list of noise makers, because we need them to speak up against social injustice.

Lastly, we need to change the question we ask our children. It is not about what you want to be when you grow up? But rather it should be, what difference you want to make when you grow up? When we change the question, we force students to actively think about how they can use their education to make a difference instead of simply using it to make money. Shifting a students mind-set albeit delicately at an early age, will reap huge returns in the future. Because students will be invested in the idea of creating social change from an early age. At the end of the day we have to realize that life is not always about getting the right answers, but rather about ensuring people are getting the right treatment.

Our interest should thus be that Ada is happy and not how many sisters she has left. Because intelligence alone does not change a world, what sparks a change is empathy…that should be our focus and that should be our addiction…our dangerous addiction… This article is the shortened conclusion of Ofili’s TEDxZumarock Talk: Our Dangerous Addiction To Intelligence. Complete talk available soon. 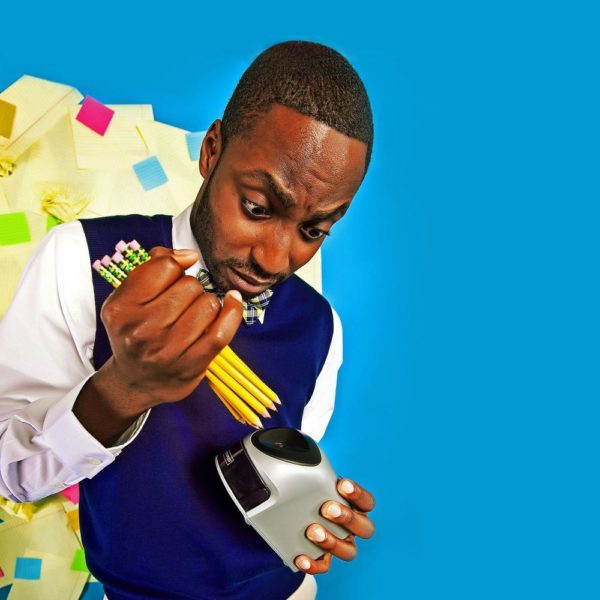 Ofili is an award winning motivational speaker, author, success coach and entrepreneur who blogs about life, success and entrepreneurial excellence. Follow him on twitter , facebook or subscribe to his blog for more success TIPS!” To bring Ofili to your school or organization as a speaker simply go here. He has written two books, How Laziness Saved My Life and the best-selling How Stupidity Saved My Life, to find out how they both saved his life visit ofilispeaks.com or text STUPIDITY or LAZINESS to 33110 to immediately begin reading the ebook version on your Blackberry (Only available for MTN Blackberry Users).

Related Topics:OfiliOfilispeaksOkechukwu Ofili
Up Next

BN Do It Yourself: Give That Old Clutch the Va-Va-Voom!